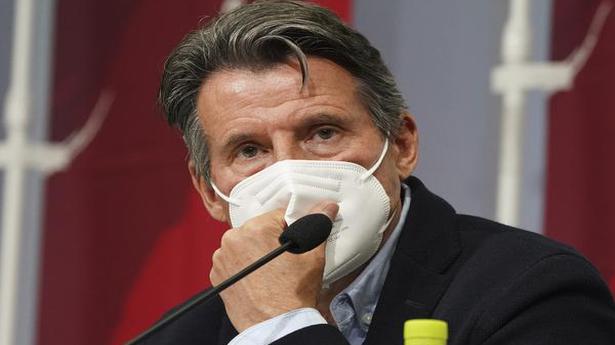 Tokyo Games can be a beacon of hope: Coe

World Athletics chief Sebastian Coe said on Sunday he believes the coronavirus-postponed Tokyo Olympics can be “a beacon of hope and optimism”, despite infections surging around the world.

A virus state of emergency in Tokyo and other parts of Japan was extended on Friday, less than three months before the Games are due to begin.

The emergency measures come as Olympic organisers struggle to win over a sceptical Japanese public, who fear the Games could spread infections despite a ban on overseas fans and possibly domestic spectators too.

But Coe, speaking at an athletics test event held behind closed doors at Tokyo’s Olympic Stadium, said he believes the Games can “have a profound impact” on the world and moved to reassure the Japanese public that “we take those concerns very, very seriously”.

“I think that it will also act as a beacon of hope and optimism in a world that I hope is soon moving back to some type of normalcy,” he told reporters. “I think that these Games will leave a strong lasting legacy, not just for Japan but at a time when the world is coming to terms with some pretty difficult and harrowing months.”

More than 10,000 athletes from 200 countries and regions are set to travel to Tokyo for the Games, with a decision on how many domestic fans — if any — can attend to be taken in June.

More than 300,000 people have signed an online petition “Cancel the Tokyo Olympics to protect our lives”, while a group of around 100 people staged a protest outside Sunday’s athletics test event, which featured 420 athletes, including nine from overseas.

Olympic organisers insist the Games can be held safely and have laid down strict guidelines for athletes, warning they could be kicked out if they break the rules.

“There’s not an athletics federation that will be coming here that doesn’t understand the importance of following the rules and the regulations,” Coe said.

“The athletes are very keen to be here but they also know that they have a responsibility to do everything they possibly can for the infection not to spread.”

Coe admitted that the virus restrictions mean “this is not, under any circumstances, business as usual” and that there are “no perfect solutions” to determine which athletes qualify for the Games.

But he insisted that the competition will be “fair”, and that he has been “consistently bowled over” by the athletes’ ability to deal with the restrictions.

“I think everybody is in the same boat here.”

Denial of responsibility! TechiLive.in is an automatic aggregator around the global media. All the content are available free on Internet. We have just arranged it in one platform for educational purpose only. In each content, the hyperlink to the primary source is specified. All trademarks belong to their rightful owners, all materials to their authors. If you are the owner of the content and do not want us to publish your materials on our website, please contact us by email – [email protected]. The content will be deleted within 24 hours.
Loading...
beaconCoecoronavirus infectionscoronavirus-postponed Tokyo OlympicsGameshopenews updateSebastian Coe
0
Share

Temasek, BlackRock raising billions for environmental startups: What does it mean for S’pore?

Did Wipro overpay for Capco? Here’s the answer to the USD1.5 billion question.