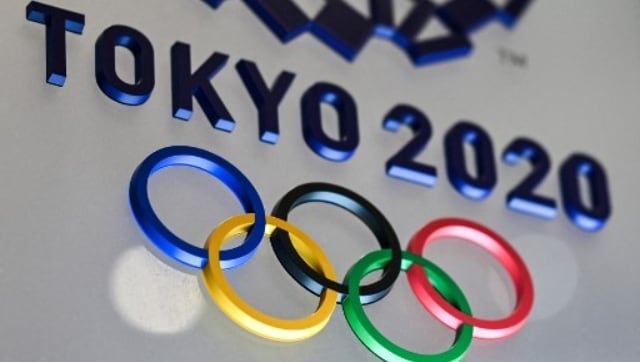 The logo of the Olympic Games and signage for Tokyo 2020. AFP

Tokyo: Japan has been backed into a corner over the Tokyo Games, a member of the country’s Olympic committee said Friday, arguing the virus-postponed event has “lost meaning” – but adding that it’s too late to cancel.

Public opposition to holding the Olympics this summer remains high, but organisers insist they will go ahead safely under strict COVID-19

countermeasures and with most athletes and officials vaccinated.

In an opinion article for Kyodo News, Japan Olympic Committee member Kaori Yamaguchi, who won judo bronze in Seoul in 1988, described “anxiety and distrust” between the public and the government over the Games.

“What will these Olympics be for and for whom? The Games have already lost meaning and are being held just for the sake of them,” she wrote.

“We have been cornered into a situation where we cannot even stop now. We are damned if we do, and damned if we do not,” added Yamaguchi, who has previously voiced unease over the Games and called for their postponement last year.

“The IOC also seems to think that public opinion in Japan is not important,” she said, citing public shock over comments by vice-president John Coates.

When asked in May if the Games could be held even during a virus state of emergency, Coates had said “the answer is absolutely yes”.

Japan has seen a comparatively small outbreak overall but several areas including Tokyo are currently under emergency measures, less strict than blanket lockdowns, to tackle a fourth wave of cases.

The country’s slow-moving vaccine rollout has started to pick up in recent days, with around three percent of the population fully vaccinated so far.

The government’s top medical advisor, Shigeru Omi, told lawmakers on Friday that the Games should not go ahead if the emergency measures are extended past their current end-date of 20 June.

“We must absolutely avoid hosting the Olympics under a state of emergency,” he said, according to broadcaster TBS, urging the government to strengthen restrictions so the emergency declarations can end before the Games.

Cancelling the Games would cost Japan around 1.8 trillion yen ($16.6 billion), researchers have warned.

Polls show around 80 percent of people in Japan oppose hosting the Games this year, but surveys among the population of Tokyo have found a more even split between those in favour and against.

Loading...
Denial of responsibility! TechiLive.in is an automatic aggregator around the global media. All the content are available free on Internet. We have just arranged it in one platform for educational purpose only. In each content, the hyperlink to the primary source is specified. All trademarks belong to their rightful owners, all materials to their authors. If you are the owner of the content and do not want us to publish your materials on our website, please contact us by email – admin@techilive.in. The content will be deleted within 24 hours.
CommitteeeventFirstpostGamesKaorilostmeaningSportsmega
0
Share

This US Startup Is Producing Animal-Free Mozzarella