“I feel I’m very close to throwing over 90m this year. If I can get competitions, I’m ready to breach 90m,’ said javelin thrower Neeraj Chopra, who’s touted as India’s best hope for a track and field medal at the Olympics. 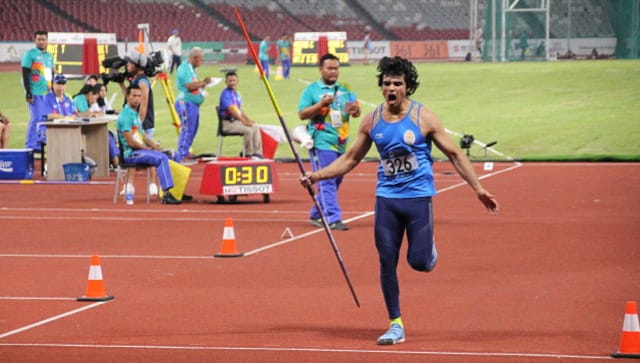 India’s best hope for a track and field medal at the Olympics, Neeraj Chopra, says he’s starving for international competitions as the clock ticks down to Tokyo 2020.

Injury robbed Chopra of competitive exposure in 2019, while COVID-19

ruined any chance of him going throw-to-throw against top-class international competitors the following year. With the deferred Olympics approaching in July, Chopra had hoped that he could test himself against the best in the world in 2021. But so far that has not worked out.

Chopra, who is based at the National Institute of Sports in Patiala, says the need of the hour is competitions, which will help him gauge the level of his closest rivals. “Mujhe competitions ki bahut zyaada zaroorat hai (I desperately need competitions). We’re trying to figure something out. I’ve also had a word with SAI and TOPS (Target Olympic Podium Scheme, which provides financial support to Olympic athletes). It’s been over two years that I competed in an international competition. Training is fine. But the need of the hour is competition,” Chopra told journalists on Wednesday in an interaction organised by the Sports Authority of India.

After the Asiad gold in 2018, the javelin star picked up an elbow injury which led him to miss the entire 2019 season. He started 2020 by qualifying for the Tokyo Olympics with an 87.86m throw at the Athletics Central North East meeting in South Africa’s Potchefstroom. He then had a training stint in Turkey. But just when it seemed that he was coming into his own, the coronavirus

pandemic forced the world to shut down, with sporting events, including the Tokyo Olympics, getting either cancelled or postponed.

While many Indian athletes from other sports such as boxing, shooting and wrestling have travelled abroad for competitions once the lockdown restrictions across the world started to ease, Chopra competed at the Indian Grand Prix 3 in Patiala, where he bettered his own national record with an 88.07m throw.

“What’s the use of training so much if we don’t get competitions? I’ve been training relentlessly since last year. But if the aim is to beat the best who we will face at the Olympics, we need to compete against them in events before Tokyo 2020. If I can get competitions against the top guys now, it’ll also boost my confidence going into Tokyo,” said Chopra, who added, “Some days when I train, I feel the frustration that I lost the two best years of my career, 2019 to injury and 2020 to COVID-19

Chopra also revealed he was initially in talks to go train at Finland’s Olympic Training Centre in Kuortane — a centre he had trained at in the days leading up to the 2018 Asian Games.

“Earlier they had given a positive response to our plan of me training there. But since the second wave in India led to a spike in cases, it has gotten tricky. They refused to let me train there,” Chopra said. “There are a few other training centres we’re now trying to train at, including one in Sweden. But nothing’s confirmed yet.”

While he has been steadily raising men’s national record, he believes that this year he can enter the select club of throwers to have breached the 90m mark.

“I feel I’m very close to throwing over 90m. If I can get competitions, I’m ready to breach 90m. Of course, it depends on the conditions of the day, and competition circumstances too. But I feel I’m ready to cross 90m this year,” he said.

Denial of responsibility! TechiLive.in is an automatic aggregator around the global media. All the content are available free on Internet. We have just arranged it in one platform for educational purpose only. In each content, the hyperlink to the primary source is specified. All trademarks belong to their rightful owners, all materials to their authors. If you are the owner of the content and do not want us to publish your materials on our website, please contact us by email – [email protected]. The content will be deleted within 24 hours.
Loading...
0
Share

Google plans a key upgrade for the Pixel