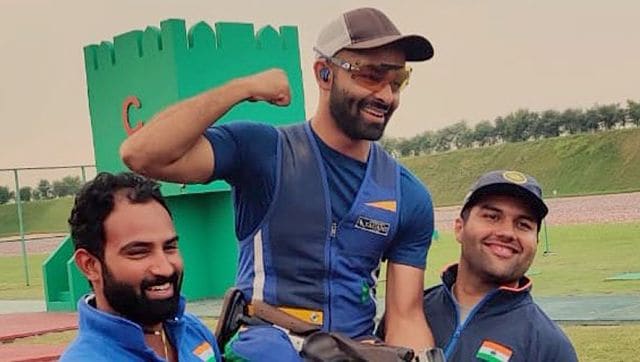 New Delhi: India’s Olympic-bound skeet shooter Angad Vir Singh Bajwa feels it will all come down to mental strength when he takes to the range in the high-pressure Tokyo Games later this summer.

“It all comes down to mental strength and how do you perform under pressure, especially in events like the Olympics,” Angad said when asked about preparation for Olympics in a video posted by Sports Authority of India’s (SAI) media wing.

As is the wont with most shooters, he also stressed on the role of a psychologist or mental trainer heading into an event of such magnitude.

“There are a lot of factors involved and having a psychologist is very important, as you need their guidance to remain focussed and calm,” he said.

Angad had qualified for the Tokyo Olympics with a brilliant performance at the 2019 Asian Championship in Doha, where he won the gold medal. And now he is raring to go in his maiden Olympics.

“We are ready for the Olympics and aiming to give our best. I hope that we can win as many as possible to make India proud.

“Shooting is a very precision-oriented game, as you have to shoot between heartbeats… There are nerves in the game and various other aspects when you are performing,” he observed.

Angad holds the world record for the skeet final round by scoring a perfect 60/60 at the 2018 Asian Shotgun Championship, in which he won gold.

The marksman started shooting when he was 12 years old but after having a brush with the pistol, he switched to shotgun as the game is outdoors and the target keeps moving, where his interests lay.

“I was crazy about the sport, about training, just everything to do with shotgun, but my coach Toro Brovold, got me to calm down and focus on my technique, and it helped me a lot,” he said.

Both Angad and Mairaj are training in Italy, even as their 13 other Tokyo-bound India teammates from rifle and pistol train and compete in neighbouring Croatia.

Angad is aiming to have all areas covered as he prepares for his Olympic debut in the Japanese capital.

Pushed back by a year due to the COVID-19

pandemic, the Olympics are scheduled to be held from 23 July to 8 August.

Loading...
Denial of responsibility! TechiLive.in is an automatic aggregator around the global media. All the content are available free on Internet. We have just arranged it in one platform for educational purpose only. In each content, the hyperlink to the primary source is specified. All trademarks belong to their rightful owners, all materials to their authors. If you are the owner of the content and do not want us to publish your materials on our website, please contact us by email – [email protected]. The content will be deleted within 24 hours.
AngadBajwaFirstpostGamesSportshighpressureNewsnews updateOlympics
0
Share

Back to bed: Here are some tips to help you find sleep

At Rs 470 Cr, banks get 34% over reserve price for MSP Metallics