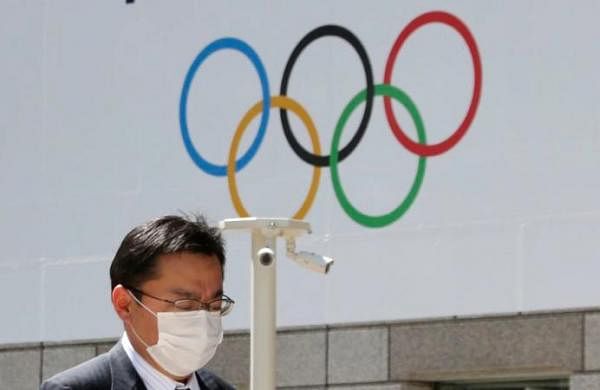 TOKYO: With just 50 days to go for the games, around 10,000 of 80,000 volunteers slated to help organisers during the Tokyo Olympics have quit amid the COVID-19 pandemic.

“I think there is no doubt that one of the reasons is concern over coronavirus infections,” Kyodo News quoted Toshiro Muto, CEO of the organising committee, as saying.

The Tokyo Olympics will be held from July 23-August 8 this year after getting postponed in 2020 due to COVID-19. Muto said few volunteers might have quit due to the rescheduling of the games which were slated to be played in 2020.

In February this year, former head of Tokyo Olympics and Paralympics organising committee Yoshiro Mori resigned over his remarks about women talking too much, which were branded “sexist” at home and abroad.

According to Kyodo News, many volunteers also dropped out after Mori’s remarks which were globally condemned.

Last month, International Olympic Committee (IOC) President Thomas Bach said that the organising committee of Tokyo 2020 will be able to stage a safe and secure showpiece event for the athletes.

Bach had also confirmed that as many as 75 per cent of the residents of the Olympic Village are already vaccinated or have secured vaccination; and that there is good reason to believe that this figure will be well over 80 per cent at the time of the Games.

Also, IOC Coordination Commission Chair John Coates has said the upcoming Tokyo Olympics will be safe for everyone and the organisers are now fully in “operational delivery mode.”

Loading...
Denial of responsibility! TechiLive.in is an automatic aggregator around the global media. All the content are available free on Internet. We have just arranged it in one platform for educational purpose only. In each content, the hyperlink to the primary source is specified. All trademarks belong to their rightful owners, all materials to their authors. If you are the owner of the content and do not want us to publish your materials on our website, please contact us by email – [email protected]. The content will be deleted within 24 hours.
news updateOlympicsorganisersQuitsports newssports updatetechi liveTokyo
0
Share