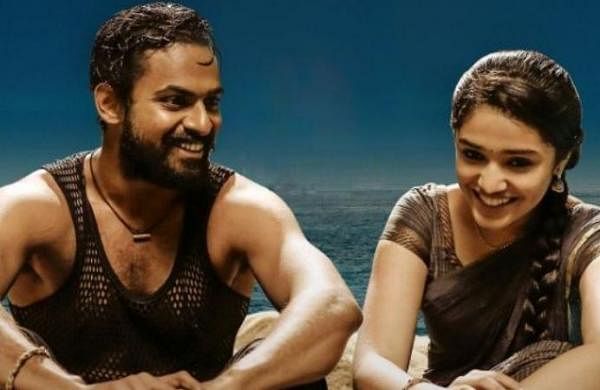 Tollywood and Kollywood: The tale of two industries

There was a time when the Telugu film industry worked out of Madras. Nagireddy (Vijaya Vauhini Studios, where Forum Mall stands today) and LV Prasad (Prasad Film Labs and the film institute) were making movies with the same gusto of SS Vasan (Gemini Studios) and AV Meiyappa Chettiar (AVM Studios).

Social dramas, mythological films, larger-than-life sagas, and hero-centric films made their way. New genres were created, new trends were set, and new heroes were born. These were the heroes who would come to rule the following decades in both Tamil and Telugu.

Only in the late 80s and early 90s did we see the Telugu film industry shift to Hyderabad. This is why I’m never surprised when a Telugu film runs to packed houses (even during COVID times) in Chennai.

The latest Telugu film, Jathi Ratnalu, starring Navin Polishetty, is testimony to this long legacy and love for cinema between the Tamil and Telugu industries, and the audience.

Three of these four films don’t star biggies, and yet, have been received well. Pitta Kathalu on Netflix is also garnering more numbers. It clearly shows that the love for the movies from the audience—which is the demand, is matched with supply.

Movies, big and small, are celebrated equally, with the producers and filmmakers of both big budget and small budget films sharing a bonhomie that enhances the film’s business and release plans.

The big heroes with their individual markets are well chalked out in their zones. The directors work with the stars, like participants in a musical chair who get their turn and then the movie releases amidst a lot of fanfare and it’s left to the audience to make that film a hit or a flop.

The word, ‘flop’, is never used in the Telugu film industry loosely. They see every film as a success relative to the investment in the film. This is why the industry is thriving.

As a filmgoer, you may wonder why you need to know and understand how an industry works when only the film’s quality or lack of it should matter to our purses and senses. But it’s important to get to the core of the supply chain to understand why we get the content we get.

When a Vijay does a film like Master, a deviation from his norm, it is important to recognise it and encourage it… especially when it is the one Tamil film that has opened the theatre business in a big way again. It is key to also realise that a producer is the headliner of this supply chain who needs to get rewarded as much as a hero or director.

During COVID times, it is important for the Tamil film industry to get together and collectively enhance one another’s efforts to make and release films.

Where one industry sees a bleak time for theatre business, another (Telugu industry) sees opportunity. It is key to ensure the good release of films like Karnan, Jagame Thandhiram (both starring Dhanush) and Sulthan (Karthi) and bring in the season of blockbusters in Tamil cinema. Ditto for small and medium budget films.

Whether the demarcation between OTT and theatre films gains more ground or not, remains to be seen. But for now, it’s key to put our best foot forward in both directions.

Loading...
Denial of responsibility! TechiLive.in is an automatic aggregator around the global media. All the content are available free on Internet. We have just arranged it in one platform for educational purpose only. In each content, the hyperlink to the primary source is specified. All trademarks belong to their rightful owners, all materials to their authors. If you are the owner of the content and do not want us to publish your materials on our website, please contact us by email – [email protected]. The content will be deleted within 24 hours.
entertainment newsEntertainment updateindustriesKollywoodnews updateoftwotaleTamil films
0
Share

Word of the Day: feasible