Notice: amp_is_available was called incorrectly. `amp_is_available()` (or `amp_is_request()`, formerly `is_amp_endpoint()`) was called too early and so it will not work properly. WordPress is currently doing the `pre_get_posts` hook. Calling this function before the `wp` action means it will not have access to `WP_Query` and the queried object to determine if it is an AMP response, thus neither the `amp_skip_post()` filter nor the AMP enabled toggle will be considered. It appears the theme with slug `publisher` is responsible; please contact the author. Please see Debugging in WordPress for more information. (This message was added in version 2.0.0.) in /home/runcloud/webapps/techilive/wp-includes/functions.php on line 5313
 Tom Felton addresses Emma Watson dating rumours, opens up on equation with Harry Potter co-stars - TechiLive.in 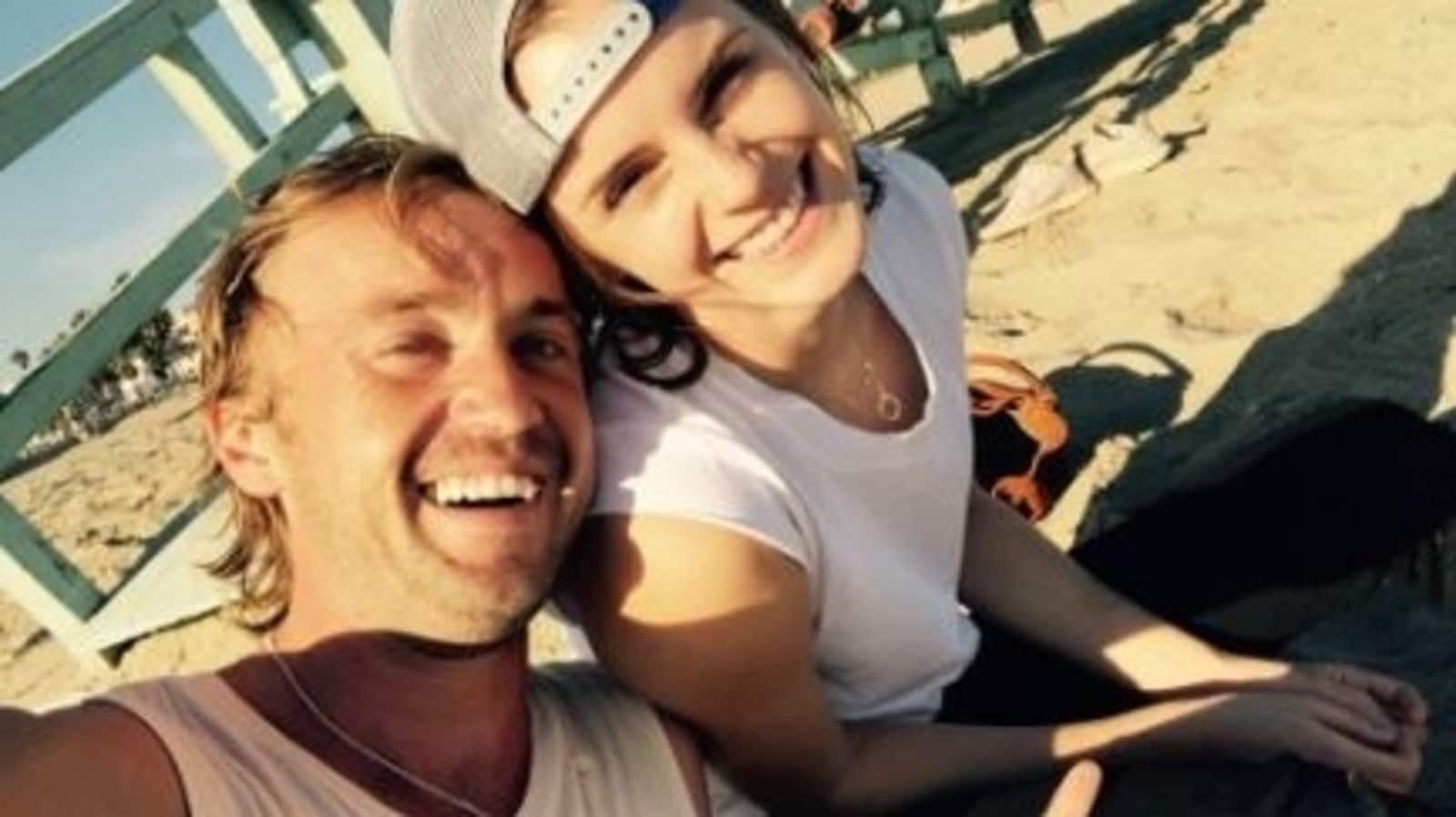 Days after his Harry Potter co-star Evanna Lynch teased that he and Emma Watson were crushing on each other on set, Tom Felton has addressed the long-running rumours about a possible romantic relationship with Emma Watson. He played Draco Malfoy in the Harry Potter films, while Emma played Hermione Granger.

In an interview, the actor said that he and Emma have been ‘very close’ for a long time and that they speak frequently.

He told ET Online, “We are something, if that makes any sense. We’ve been very close for a long time. I adore her. I think she’s fantastic. Hopefully she returns the compliment.”

“As far as the romantic side of it, I think that’s a Slytherin/Gryffindor thing rather than a Tom and Emma thing,” he added. “I absolutely think the world of her. I think to be a part of what we’ve all been a part of, but for her to be the only girl, certainly the youngest one on set, to grow up with what she had to grow up with was incredibly exciting. You’re going to get me teary now, but no, I think she’s a fantastic influence on the world.”

He also spoke about his equation with other cast members, such as Daniel Radcliffe, who played Harry, and Rupert Grint, who played Ron Weasley. “We do stay in touch, quite frequently… It is nice that we’re in sort of four different corners of the earth and yet when we catch up, it feels like yesterday that this was all going on,” he said.

Earlier this week, Evanna, who played Luna Lovegood in the films, expressed disappointment at having missed all the action, as she had joined the cast after ‘all the drama’ had happened. She told US Weekly, “[I joined when] everyone had kind of grown out of their crushes and they were moving on to, like, people in the outside world. And I felt that like, damn, I missed all the drama! It was so fun the last film, according to some stories. But no, by the time I got there, they were all mature and those hormones were calming down.”

Emma admitted to having had a crush on Tom, many years ago. In 2011, she told Seventeen: “For the first two movies, I had a huge crush on Tom Felton. He was my first crush. … He totally knows. We talked about it — we still laugh about it. We are really good friends now, and that’s cool.” They set the rumour mills churning with an Instagram post in 2019.

Rupert Grint has said that he remembers sparks flying between Emma Watson and Tom Felton during their time on Harry Potter.

Denial of responsibility! TechiLive.in is an automatic aggregator around the global media. All the content are available free on Internet. We have just arranged it in one platform for educational purpose only. In each content, the hyperlink to the primary source is specified. All trademarks belong to their rightful owners, all materials to their authors. If you are the owner of the content and do not want us to publish your materials on our website, please contact us by email – admin@techilive.in. The content will be deleted within 24 hours.
AddressescostarsDaniel RadcliffeDatingEmmaemma watsonentertainment newsEntertainment update
0
Share