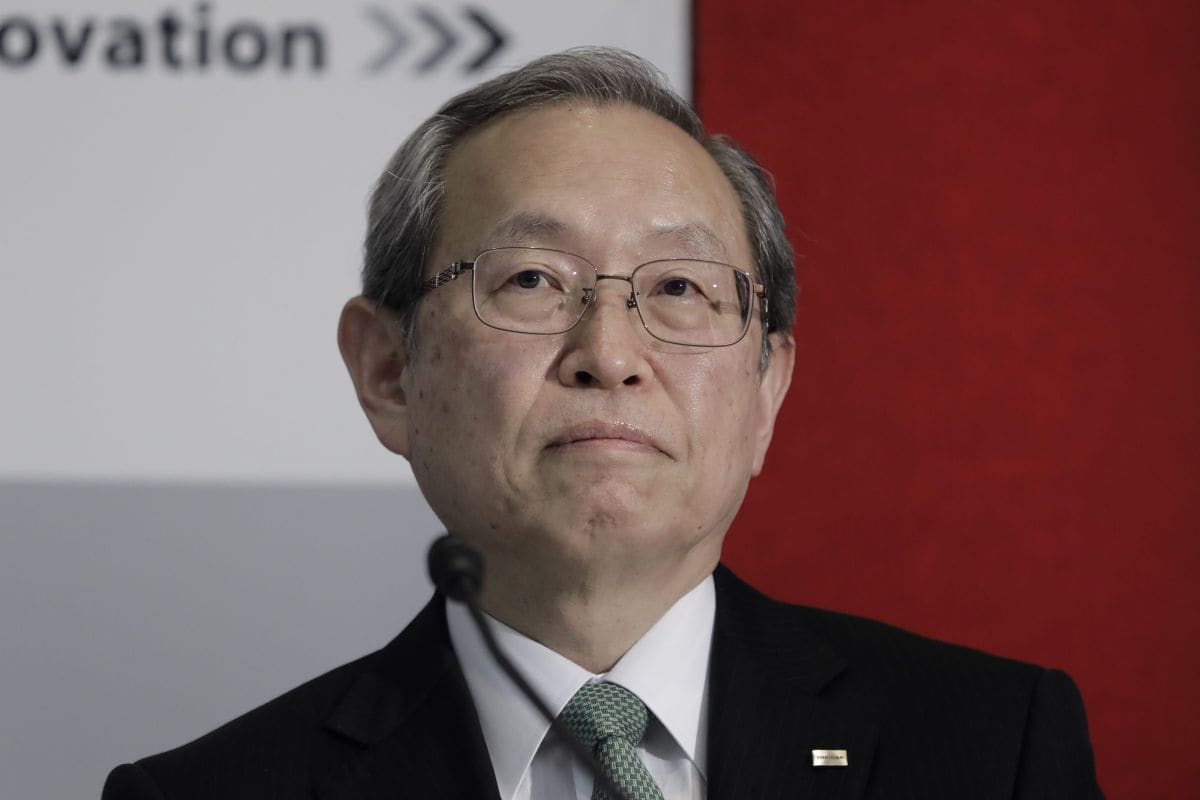 Toshiba’s president Nobuaki Kurumatani has resigned, the firm announced Wednesday, as a buyout offer from a private equity fund reportedly stirs turmoil inside the Japanese company.

The resignation came as reports said two other funds were considering their own offers for the Japanese household name, potentially setting up a bidding war.

In a statement, Toshiba said the board had accepted Kurumatani’s resignation, without giving details on why he had asked to step down. He will be replaced by chairman Satoshi Tsunakawa, the firm said.

The move comes as board members raise questions about the buyout offer from CVC Capital Partners, where Kurumatani formerly headed Japanese operations.

The private equity firm is reportedly offering a deal in excess of $20 billion (roughly Rs. 1,50,410 crores), though there are reports that some in Toshiba see that sum as too small.

The Financial Times said Wednesday that another private equity fund, KKR, is planning to offer its own larger buyout proposal.

Toshiba last week confirmed it had received an offer from CVC Capital Partners which would take Toshiba private.

Delisting the firm could produce faster decision-making by Toshiba’s management, which has clashed with shareholders recently.

It could also allow Toshiba to concentrate resources on renewable energies and other core businesses.

Kurumatani worked for the fund between 2017 and 2018, and a senior executive at CVC Japan currently serves as an outside director on Toshiba’s board.

It will also “force the board to seek other offers that are in the best interests of shareholders”, he told AFP.

“It is a very sticky situation at present.”

The turmoil inside Toshiba is a fresh blow for the firm, which has been trying to improve its governance after an accounting scandal in 2015 and the 2017 bankruptcy of its US nuclear subsidiary.

After sweeping restructuring, its earnings rebounded and it returned to the prestigious first section of the Tokyo Stock Exchange in January.

Any buyout offer is likely to face significant challenges, including securing financing and regulatory approval.

Last week Toshiba warned the financing assistance CVC is expected to seek was likely to involve “a substantial amount of time and considerable complexity”.