Notice: amp_is_available was called incorrectly. `amp_is_available()` (or `amp_is_request()`, formerly `is_amp_endpoint()`) was called too early and so it will not work properly. WordPress is currently doing the `pre_get_posts` hook. Calling this function before the `wp` action means it will not have access to `WP_Query` and the queried object to determine if it is an AMP response, thus neither the `amp_skip_post()` filter nor the AMP enabled toggle will be considered. It appears the theme with slug `publisher` is responsible; please contact the author. Please see Debugging in WordPress for more information. (This message was added in version 2.0.0.) in /home/runcloud/webapps/techilive/wp-includes/functions.php on line 5313
 Tough journey awaits Saina, can target specific tournaments to prolong career: Vimal Kumar - TechiLive.in 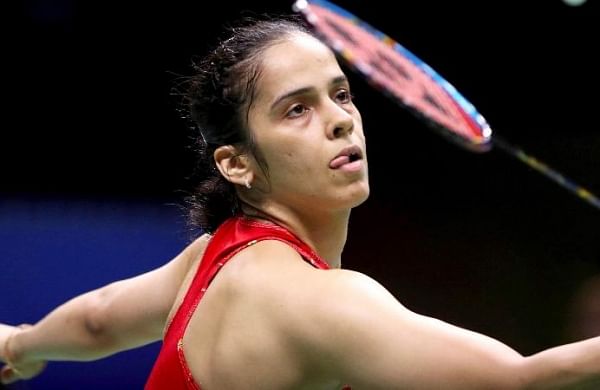 Battling injuries and indifferent form, Saina, 31, couldn’t make her fourth Olympics after the sport’s governing body, BWF, cancelled the last three qualifiers due to the pandemic.

“She came into the limelight in 2005-06 and has been a big trend setter after Prakash Padukone. She has been consistent, played many years and it is sad that she couldn’t qualify this year. I guess she has been a bit unlucky in the last two Games,” Vimal told PTI.

Vimal, who had guided Saina to the world number one ranking, feels the London Olympics bronze medallist can serve Indian badminton for a few years, provided she plans things better and takes care of her body.

“She can continue for few years but it is going to be tough. She has to plan things better, target specific tournaments and work towards it. “With her experience she can still beat the best players but she shouldn’t look at ranking because it will be difficult to play the circuit and also stay injury free.”

The shuttler has claimed over 24 international titles, including 11 Superseries crowns in a stellar career, besides winning a silver and bronze at the World Championships and a bronze at 2012 London Games.

Saina, who had reached the quarterfinals at the Beijing Games, suffered a career-threatening knee injury just days ahead of the 2016 Rio Olympics, which saw her bow out in the second round.

A determined Saina, however, returned to grab her second Commonwealth Games gold in 2018 and remained on course for a Tokyo berth before slipping in the last two years.

Is it possible to chase another Olympics? “It is very difficult. She has been getting injured consistently. I dont know, it is a tough task and, to be honest, Olympics shouldn’t be the priority anymore,” Vimal said.

“Her performance has seen a steady decline since January 2019 when she won the Indonesia final after Carolina Marin got injured. After that she has not done anything remarkable. Of course, it was all COVID for most parts.”

Vimal feels it will all depend on her hunger to succeed in the sport which she has been playing for more than 15 years.

“No major changes can be made at this stage. She has to take care of her body. Sports is tough, it’s difficult for body to take that sort of intensity,” he said.

“She is still better than rest of the young players but now the focus will be on youngsters. She will have to manage, look to play the circuit on own expense, if she still has that willingness and hunger.

She has (Parupalli) Kashyap as her coach now. If she can do all that, she can continue to play for a couple of years at least, and that will be good for other Indian players as well.”

Loading...
Denial of responsibility! TechiLive.in is an automatic aggregator around the global media. All the content are available free on Internet. We have just arranged it in one platform for educational purpose only. In each content, the hyperlink to the primary source is specified. All trademarks belong to their rightful owners, all materials to their authors. If you are the owner of the content and do not want us to publish your materials on our website, please contact us by email – admin@techilive.in. The content will be deleted within 24 hours.
awaitscareerJourneyKumarnews updatePROLONGSainasaina nehwal
0
Share

How Emotionally Intelligent Are You About Your EQ?