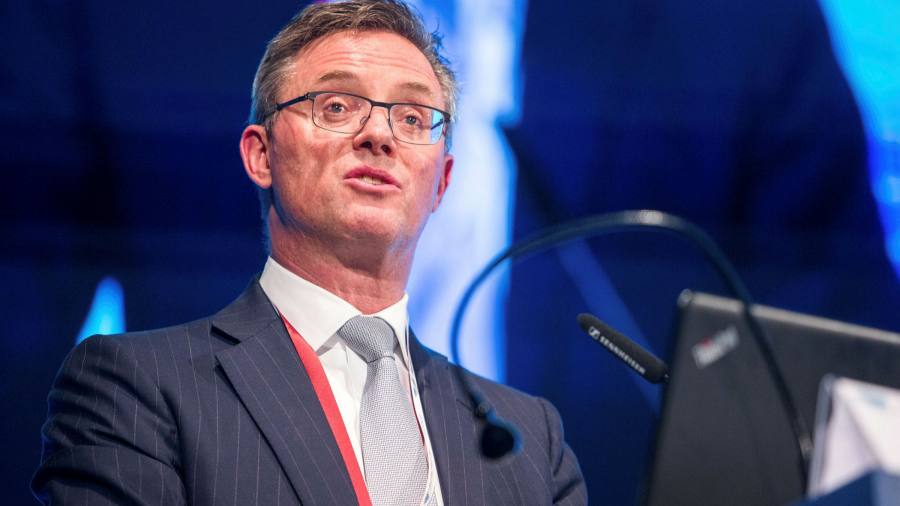 Europe risks rolling power outages if there is a prolonged period of cold weather this winter, according to the chief executive of Trafigura, one of the world’s biggest commodity traders.

Speaking at the FT Commodities Asia Summit, Jeremy Weir said there was still insufficient natural gas in the region despite the promise of increased flows from Russia.

“We haven’t got enough gas at the moment quite frankly. We’re not storing for the winter period,” he said. “So hence there is a real concern that . . . if we have a cold winter that we could have rolling blackouts in Europe.”

However, there have been only limited increases in supply from Russia over the past week and on Monday Gazprom booked lower pipeline capacity for December. Russia has denied restricting exports to Europe but has been accused by lawmakers of trying to put pressure on Germany to speed up the authorisation of the controversial Nord Stream 2 pipeline.

European wholesale prices eased slightly last month but remain more than four times the level of a year ago and have risen in recent days. Some industries have already cut production as a result of record prices, including Trafigura’s Nyrstar zinc business, but fears persist that the market will remain tight until the spring. Europe is heavily reliant on gas after phasing down coal-fired power generation.

Governments would be expected to cut gas supply to non-essential industries before allowing the electricity grid to be affected, but Weir’s comments illustrate the depth of concern in the energy sector.

Weir said the extraordinary spike in natural gas prices had been “challenging” for the industry. Some commodity traders were forced to cut liquefied natural gas positions because of margin calls — demands for extra cash to cover derivative hedging contracts.

“At one stage, I think the initial margin [payment] was something like 25 per cent of the price. The market almost became dysfunctional as a result,” said Weir.

However, Weir said privately owned Trafigura, which is run from offices in Geneva but domiciled in Singapore, was set for another “very strong” year.

“You will see in our results when they are published that we have really increased our equity base and that the company is in a much stronger position than two or three years ago.”

In June, Trafigura announced record half-year profits as it rode the wave of a recovery in demand and prices for oil and metals.

Turning to oil, Weir said the market remained “very, very tight” and a lack of investment in new projects meant “a three-figure number” was “well and truly on the cards”. Brent crude was trading $81 a barrel on Monday, up from $50 at the start of the year as demand has increased following the easing of lockdown restrictions.

Energy is the world’s indispensable business and Energy Source is its newsletter. Every Tuesday and Thursday, direct to your inbox, Energy Source brings you essential news, forward-thinking analysis and insider intelligence. Sign up here.

Trafigura is one of the world’s biggest energy traders, handling around 6.4m barrels a day of crude oil and products according to its latest results.

At the turn of the year, it paid €7.3bn for a 10 per cent stake in a gargantuan Arctic oil project being developed by state-backed Russian oil company Rosneft.

Weir said decarbonisation, or the shift to cleaner forms of energy, could not happen at the “flick of a switch” and therefore crude oil was going to be needed for some time to come.

“I feel very strongly that we still do have to invest in these industries to provide energy for the future,” he said.

Weir said Trafigura, which is expanding into renewable energy and carbon trading, would continue to trade coal while there was still a need to “move it”.

“One of the biggest problems we have . . . is that emerging nations still need this as a form of fuel,” he said.

At the COP26 summit last week, India and China weakened efforts to end coal power. Instead of a commitment to “phase out” unabated coal, countries at the conference agreed to “phase down” the fossil fuel.

Denial of responsibility! TechiLive.in is an automatic aggregator around the global media. All the content are available free on Internet. We have just arranged it in one platform for educational purpose only. In each content, the hyperlink to the primary source is specified. All trademarks belong to their rightful owners, all materials to their authors. If you are the owner of the content and do not want us to publish your materials on our website, please contact us by email – [email protected]. The content will be deleted within 24 hours.
ChiefEducation newsEducation updateEuropenews updateoutagesPowerRolling
Share