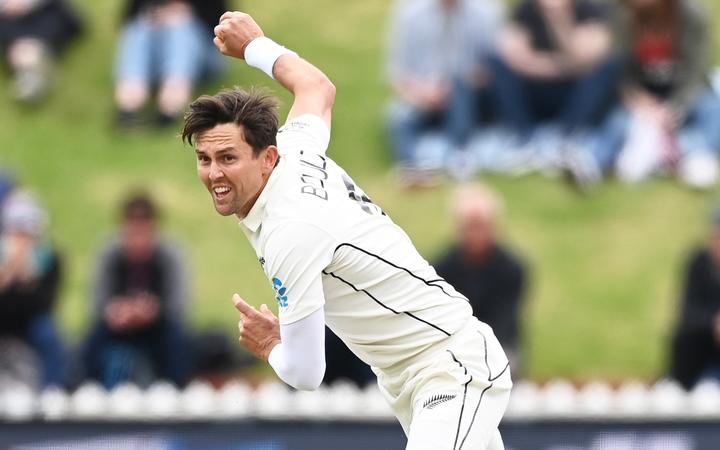 Black Caps bowler Trent Boult will only be considered for the World Test Championship final against India later this month.

Boult, who has spent an extended time with his family, flies to England this week.

The first Test is at Lord’s starting tomorrow night, while the second is in Birmingham next week.

“I don’t think you’ll see Trent in the two test matches, our planning with Trent is that we have him ready for the World Test Championship final.”

“He has had a week of bowling (at home) which has been great following the fair amount of isolation time he had following the IPL, but our view with Trent now is that it’s unlikely that he will play the Test in Edgbaston and he’s more likely to be just available for the one-off Test (against India).”

Tim Southee, Neil Wagner and Kyle Jamieson are expected to lead the pace attack at Lord’s while Stead says they have plenty of options to cover for Boult if they decided to go with a fourth pace bowler.

“Matt Henry, Doug Bracewell and Jacob Duffy are the other seam-bowling options that are in contention to come in, or we look at a rebalancing of the team and we look at it slightly differently.”

“The conditions we face here in England are slightly different to New Zealand and looking at the pitch at Lord’s today we see a pitch that has a green tinge and it’s cut to about 6mm and we’re use to a lot more grass than that so it certainly looks different.”

The Blacks Caps have tended to go with the tried and true when selecting their sides.

“We’ve been pretty consistent around the way that we select our test teams and I don’t think that’s going to change too much at this stage as I think that has been a strength of our squad trying to be nice and consistent and giving guys an opportunity to show their form.” 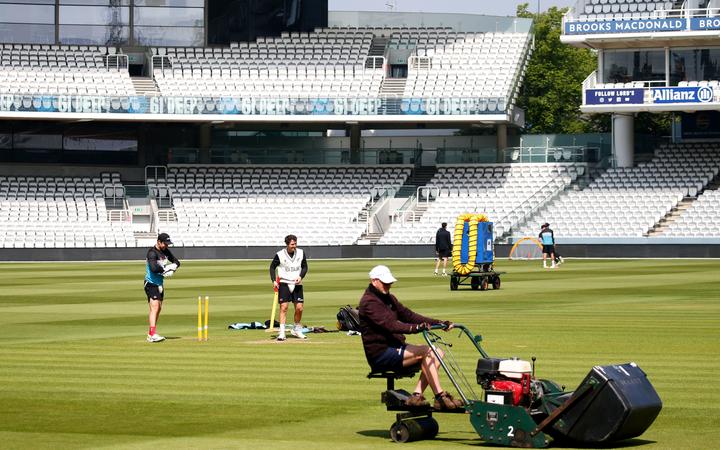 The opening partnership and the all-rounder position appear to be the most interesting selection issues.

Stead says newcomer Devon Conway is being considered as an opener.

“Yeh he’s been one guy we’ve looked at and is certainly an option at the top for us but we’ve also got other guys who have done a great job for us in Tom Blundell and Will Young so it’s a luxurious position to be in when you’ve got some of the resources we’ve got at the moment.”

Stead says Colin de Grandhomme is a contender if they decided to go with an allrounder at Lord’s.

De Grandhomme hasn’t played for the national side in more than a year because of injuries, but Stead says he came through the intra-squad game well although they wouldn’t want to hand him a heavy bowling workload.

“Colin hasn’t played a lot of cricket from a bowling perspective for 6-7 months now, we’ve been encouraged by what we’ve seen but we’re also mindful of the fact that throwing him in and expecting him to bowl 40 overs in a Test isn’t perhaps realistic right now.”

“We’re still building him up and he’s certainly in contention to play but we’ll have to look at that surface on the morning of the game.”

Denial of responsibility! TechiLive.in is an automatic aggregator around the global media. All the content are available free on Internet. We have just arranged it in one platform for educational purpose only. In each content, the hyperlink to the primary source is specified. All trademarks belong to their rightful owners, all materials to their authors. If you are the owner of the content and do not want us to publish your materials on our website, please contact us by email – [email protected]. The content will be deleted within 24 hours.
AudioBoultCurrent AffairsenglandNewsnews updatePlayPodcasts
0
Share

Competition Commission is against Cashbuild’s bid for TBC