Notice: amp_is_available was called incorrectly. `amp_is_available()` (or `amp_is_request()`, formerly `is_amp_endpoint()`) was called too early and so it will not work properly. WordPress is currently doing the `pre_get_posts` hook. Calling this function before the `wp` action means it will not have access to `WP_Query` and the queried object to determine if it is an AMP response, thus neither the `amp_skip_post()` filter nor the AMP enabled toggle will be considered. It appears the theme with slug `publisher` is responsible; please contact the author. Please see Debugging in WordPress for more information. (This message was added in version 2.0.0.) in /home/runcloud/webapps/techilive/wp-includes/functions.php on line 5313
 Tribute to guru Kesava Prasad, the icon of Kuchipudi village - TechiLive.in

Tribute to guru Kesava Prasad, the icon of Kuchipudi village

Adjacent to the Bala Tripurasundari temple stands a small dilapidated building that has stood mute witness to the life of Kuchipudi doyen Pasumarthy Kesava Prasad (1952-2021).

This building is where Kesava Prasad lived for the past four decades, teaching and promoting the Kuchipudi dance form that originated in Kuchipudi village, in Krishna district, Andhra Pradesh.

Sangeet Natak Academy awardee Pasumarthy Rattayya Sarma, the oldest guru living in Kuchipudi village, says: “Many gurus have brought laurels to the dance form across the globe, but Kesava’s contribution is quite unique, as he was instrumental in creating a bond between the classical dance fraternity and the village. He would invite dancers to our village; his way of celebrating cultural heritage.”

“Kuchipudi will not have another guru like him to promote its dance tradition,” adds Sarma. In the 1980s and 1990s, when renowned gurus were popularising Yakshagana, Kesava encouraged solo Kuchipudi performances.

A Sanskrit graduate from Sri Venkateswara University, Tirupati, he was the disciple of Vedantam Parvateesam, Vempati Chinna Satyam and P.G.V. Krishna Sastry. As the disciple of Vempati, Kesava led the 37-year-old Akhila Bharata Kuchipudi Natya Kala Mandali (ABKNKM) from its formative years. 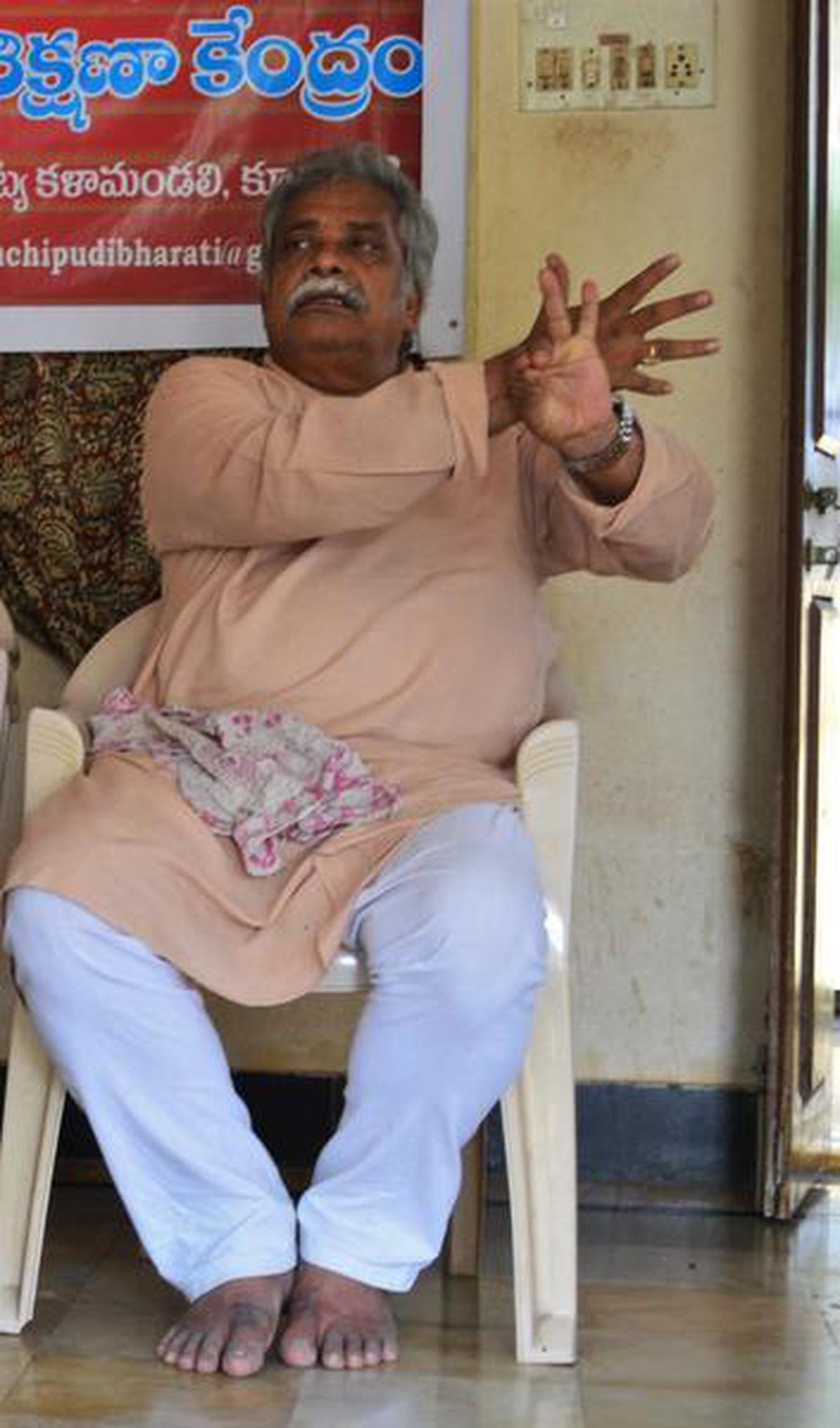 Between 1978 and 1983, Kesava did a stint as part-time dance assistant at Sri Siddhendra Kalakshetram while serving as an assistant in the village government school. He initiated his two sons — Mutyam (Kuchipudi guru) and Hari (mridangam artiste) — into the Kuchipudi tradition. The multi-faceted guru was born into a family of Kuchipudi and Yakshagana artistes, and his father, Pasumarthy Subramanya Sastri, was a renowned Yakshagana exponent.

Dancer-guru Vedantam Radheshyam says, “As the founder secretary of ABKNKM, Kesava fulfilled the dreams of yesteryear gurus by turning the village into a venue for classical dance performances. Many dancers visited and were inspired to research its history and dance tradition.”

“In 2015, I agreed to work with Kesava to revive the teaching of Kuchipudi in the village. It was due to his hard work that we were able to run the Kuchipudi school at my guru Vempati’s house. The village has lost a great scholar and dance historian, who has been the prime source for many academicians and dancers,” says Bala Kondala Rao, also a Sangeet Natak Academy awardee.

V. Venkayya and S. Rama Krishna Rao, former vice-chancellors, Krishna University (KRU-Machilipatnam), admit that Kuchipudi dance became the face of their institution, and it was Kesava’s idea to start the school in Kuchipudi village.

Says Chennai-based Vempati Venkat, son of guru Vempati Chinna Satyam, “It’s a personal loss for me. After my father’s demise I used to consult him on different aspects of dance. He was the go-to man for most Kuchipudi artistes, teachers and dance scholars.”

Denial of responsibility! TechiLive.in is an automatic aggregator around the global media. All the content are available free on Internet. We have just arranged it in one platform for educational purpose only. In each content, the hyperlink to the primary source is specified. All trademarks belong to their rightful owners, all materials to their authors. If you are the owner of the content and do not want us to publish your materials on our website, please contact us by email – admin@techilive.in. The content will be deleted within 24 hours.
Loading...
Bala Tripurasundari; Pasumarthy Kesava Prasad; Pasumarthi Rattaiah Sarma; Rattaya Sarma; Vempati China Satyam; Kuchipudi village; Krishna district; Andhra Pradeshentertainment newsEntertainment updateGuruiconKesavakuchipudinews update
0
Share

Film Club: ‘The Stonewall You Know Is a Myth. And That’s O.K.’