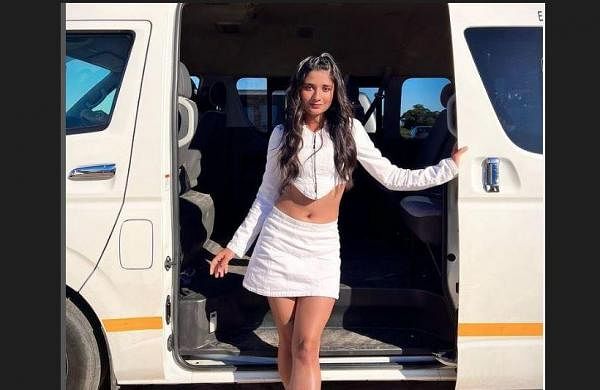 MUMBAI: Actor Kanika Mann believes artists from the television industry often suffer from an inferiority complex as they believe they are not as important as film stars.

Mann, best known for featuring in the popular daily soap “Guddan Tumse Na Ho Payega”, said it is unfortunate that television actors do not respect themselves.

“I respect TV a lot. I believe TV actors do not respect themselves. They rather think they are of lesser importance than Bollywood and OTT actors. We have the power of a loyal audience who watch our shows every day, which is not the case with films and OTT shows. People go to theatres or watch content on OTT depending on their convenience,” the 28-year-old actor told in an interview.

Mann, whose credits on the small screen also include shows such as “Badho Bahu” and “Roohaniyat”, said she hasn’t thought about her next project after “Guddan Tumse Na Ho Payega”, which concluded on Zee TV in January.

“I have not thought about what exactly I will do next. I would not do a show like ‘Guddan Tumse Na Ho Payega’ because I have done that. I want to experiment now and do something new. I would also like to do an OTT project because there is creative freedom there and you get to explore a character in-depth,” she added.

The actor is currently participating in the action-adventure reality show “Khatron Ke Khiladi”, along with 13 other celebrity contestants in Cape Town, South Africa.

Mann, who hails from Haryana, said she is happy to have got some of the finest roles to play on TV and when the opportunity to participate in “Khatron Ke Khiladi” came, she instantly accepted it as she was looking for newer experiences.

“I feel lucky that I got to act in such nice shows back-to-back. I wanted to try new things. Suddenly, OTT and social media have boomed so much that you tend to feel that you do not want to lack anywhere and therefore you try to make a space everywhere. I am glad this show came to me at the right time,” the actor added.

One of the reasons for doing a show like “Khatron Ke Khiladi” was to acquaint the audience with her real self, Mann said.

“Today people know me with the characters that I have played. With ‘Khatron Ke Khiladi’, it was a practical effort to make people aware of my real self. I am happy that people know me by my character because it means the audience has liked my work. But there is a desire that people call me by my real name,” the actor said.

Hosted by Rohit Shetty, the show premieres on the Colors channel on Saturday.

Denial of responsibility! TechiLive.in is an automatic aggregator around the global media. All the content are available free on Internet. We have just arranged it in one platform for educational purpose only. In each content, the hyperlink to the primary source is specified. All trademarks belong to their rightful owners, all materials to their authors. If you are the owner of the content and do not want us to publish your materials on our website, please contact us by email – [email protected]. The content will be deleted within 24 hours.
Actorsaudienceentertainment newsEntertainment updatefilmsFilms starsKanikaKanika Mann
Share

Rush for Vasectomies; Catching COVID From a Cat; Some D.A.s to Let Abortions Slide