Notice: amp_is_available was called incorrectly. `amp_is_available()` (or `amp_is_request()`, formerly `is_amp_endpoint()`) was called too early and so it will not work properly. WordPress is currently doing the `pre_get_posts` hook. Calling this function before the `wp` action means it will not have access to `WP_Query` and the queried object to determine if it is an AMP response, thus neither the `amp_skip_post()` filter nor the AMP enabled toggle will be considered. It appears the theme with slug `publisher` is responsible; please contact the author. Please see Debugging in WordPress for more information. (This message was added in version 2.0.0.) in /home/runcloud/webapps/techilive/wp-includes/functions.php on line 5313
 Two ATK Mohun Bagan players test COVID-19 positive ahead of AFC Cup match - TechiLive.in 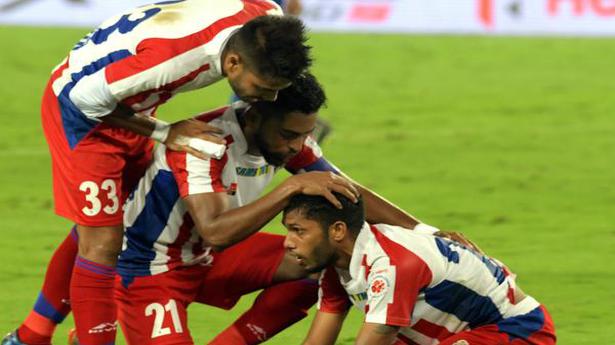 Under the AFC protocols, competing players will have to have COVID-19 negative reports two days before departure from their home base.

Two ATK Mohun Bagan players – Prabir Das and SK Sahil – have tested positive for COVID-19 ahead of the team’s departure for the AFC Cup group stage competition in Maldives.

The duo returned positive after all the team members underwent COVID-19 tests at a private hospital in Kolkata on May 7 before their travel to Maldives capital, Male for the Group D matches beginning on May 14.

Under the AFC protocols, competing players will have to have COVID-19 negative reports two days before departure from their home base. ATK Mohun Bagan are scheduled to leave for Maldives on Monday.

“Yes, Prabir Das and Sahil have tested positive and so they will be left out. All others have negative results,” a source in the ATK Mohun Bagan team said.

In their opening game on May 14, ATK Mohun Bagan are scheduled to face the winner of the play-off match between another ISL side Bengaluru FC and Eagles FC of Maldives to be played on Tuesday.

But ATK Mohun Bagan will decide when to depart from Kolkata after Maldives Sports Minister Ahmed Mahloof had alleged that Bengaluru FC had “breached” COVID-19 protocols and asked the AFC to cancel the play-off game and postpone the group stage matches also.

The nature of the alleged “breach” by Bengaluru FC is not clear. Bengaluru FC had reached Maldives on Friday.

“We are scheduled to depart on Monday but we are waiting a correspondence from the AFC regarding the status of the group stage matches after Maldives Sports Minister’s letter to AFC,” the ATK Mohun Bagan source said.

He said goalkeeper Arindam Bhattacharya will travel with the team despite his mother testing postive for COVID-19.

Captain Roy Krishna will directly reach Maldives from Fiji before the May 14 match, if the group stage games go ahead, he said.

Denial of responsibility! TechiLive.in is an automatic aggregator around the global media. All the content are available free on Internet. We have just arranged it in one platform for educational purpose only. In each content, the hyperlink to the primary source is specified. All trademarks belong to their rightful owners, all materials to their authors. If you are the owner of the content and do not want us to publish your materials on our website, please contact us by email – admin@techilive.in. The content will be deleted within 24 hours.
AFCafc cupaheadATKatk mohun baganATK Mohun Bagan players test COVID-19 positiveBaganCovid19
0
Share

College Players Graduating to the N.H.L. Have a Chance for Longer Test Run