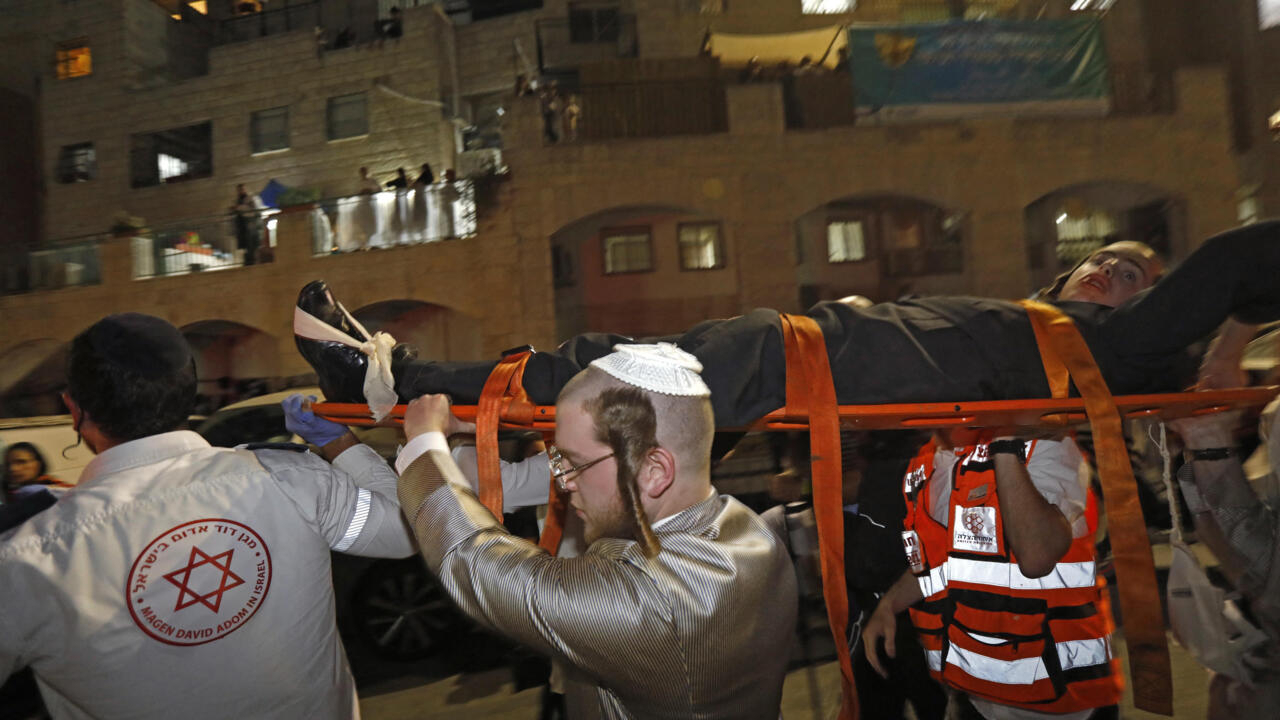 Two people were killed and dozens injured Sunday when grandstand seating collapsed at a synagogue in the Israeli settlement of Givat Zeev in the occupied West Bank, Israeli authorities said.

The structure was “under construction”, he said.

Magen David Adom in a statement reported the “deaths of two injured, including a 40-year-old man and a 12-year-old boy”.

It said “167 people were evacuated to hospitals, including five seriously injured”.

“Praying in this building was forbidden,” Jerusalem police commander Doron Tourgeman said at the site.

“My heart goes out to the victims of the Givat Zeev catastrophe,” Defence Minister Benny Gantz wrote on Twitter, adding that army forces were seeking to assist with the evacuation.

The incident comes just weeks after a stampede that killed 45 people at a Jewish pilgrimage site.

The deadly crush in late April at Mount Meron in northern Israel has been described as one of the worst peacetime disasters since the nation’s founding in 1948.

At least 16 children and teens figured among those killed.

Israel’s state comptroller earlier this month announced the launch of an investigation into the stampede.

Loading...
Denial of responsibility! TechiLive.in is an automatic aggregator around the global media. All the content are available free on Internet. We have just arranged it in one platform for educational purpose only. In each content, the hyperlink to the primary source is specified. All trademarks belong to their rightful owners, all materials to their authors. If you are the owner of the content and do not want us to publish your materials on our website, please contact us by email – [email protected]. The content will be deleted within 24 hours.
collapseDeadHealth newsHealth updateIsraelJerusalemJewsmiddle east
0
Share

Soorya reaches out to budding artistes

The parallel paths of science and religion