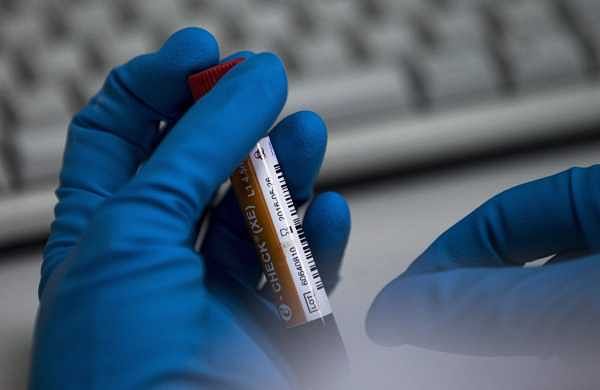 After months, the National Anti-Doping Agency (NADA) updated the Anti-Doping Disciplinary Panel (ADDP) and Anti-Doping Appeals Panel (ADAP) list. Five athletes were sanctioned after a preliminary hearing by the ADDP and ADAP. There are a couple of judgments/orders — one by the ADDP and the other by ADAP — that seemed interesting and extraordinary. Both involved steroid offences: considered the most heinous of doping offences and in which anti-doping officials are quite strict about penalties.

One involves Rakesh Pandey, an experienced para-shuttler who has been given a sanction of two years for returning an adverse analytical finding (AAF) for nandrolone (19 nortestosterone), an anabolic androgenic steroid. According to the judgment dated 18.04.2022, the disciplinary panel found enough merit in the athlete’s argument that the four-year ineligibility for the first time steroid offence was reduced to two. Of course, everything depends on interpretation by the committee.

The argument, however, seems quite interesting. After the athlete tested positive, in response to a notice, he told NADA: “… he got a severe unbearable lower back pain and his family took him to a nearby hospital… and the doctor gave him medicines and injunction (injections). The athlete attached the medical prescription.” And that it was an out of competition sample test and he had mentioned about the medication in the dope control form (DCF); but he could not take TUE (Therapeutic Use Exemption) because the pain was unbearable and condition severe.

After hearing, the ADDP found seven points in favour of the athlete and three against. Here’s a few points the panel said were in his favour: “it was an out of competition sample testing; the athlete with all bonafide intention mentioned about the said medication in DCF itself; the athlete has no intention to cheat…; the panel concluded saying “from the totality of the events as explained, the sincerity and honesty of the athlete is not under doubt.”

Among the other two points what seemed interesting was the view of the TUE committee that rejected his application for retroactive TUE saying, “… the committee is of the opinion that the TREATMENT given is not appropriate for the condition mentioned.” Despite this, the panel gave him benefit of doubt and said the case falls under Article 10.6 of NADA: “No significant Fault or Negligence.”

Involvement of coach
The other involves young athlete Kirti Bhoite, a sprinter, who tested positive for steroid during the Khelo India Youth Games in Guwahati in 2020. She was handed a four-year suspension by the ADDP but after the athlete appealed, it was reduced to two years by the ADAP on the ground that “she has not consumed any prohibited substance intentionally, rather it was the fault of her coach”.

The order dated April 18, 2022 lists out the circumstances under which the ADDP’s four-year ban was reduced to two. The order also revealed the involvement of a coach in administering the banned substance.

According to the order, “the primary contention is that her family does not have any background in sports therefore she is completely dependent on her coach Mickey Menzes for training purposes”. The hearing also revealed how he used to give her multi-vitamins and injections for recovery.

According to the order, Maharashtra Athletics Association acted upon a complaint filed by the athlete and found the coach guilty of recommending supplements such as protein, amino acids, energy drinks and pre-workouts to the athlete. The coach “further disclosed that in month of November-December, 2019, the supplier informed him about a new product Propionate which was in (the) form of injection”.
In her argument, she said that the preliminary hearing was done before MHAA filed its report and banned the coach for four years for negligent behaviour. The coach, according to the report, administered the injection without disclosing its nature. The ADAP relied on the MHAA report on the coach to reduce the ban and the ADRV was “not intentional”.

Whatever it is, but WADA Code is very clear. According to code 2.1 “it is each athlete’s personal duty to ensure that no Prohibited Substance enters his or her body”. And it’s the responsibility of the athlete to administer caution.

Denial of responsibility! TechiLive.in is an automatic aggregator around the global media. All the content are available free on Internet. We have just arranged it in one platform for educational purpose only. In each content, the hyperlink to the primary source is specified. All trademarks belong to their rightful owners, all materials to their authors. If you are the owner of the content and do not want us to publish your materials on our website, please contact us by email – [email protected]. The content will be deleted within 24 hours.
Anti-Doping Appeals PanelAnti-Doping Disciplinary PaneldecisionsListsNADANADAsNational Anti-Doping Agencynews update
Share