Notice: amp_is_available was called incorrectly. `amp_is_available()` (or `amp_is_request()`, formerly `is_amp_endpoint()`) was called too early and so it will not work properly. WordPress is currently doing the `pre_get_posts` hook. Calling this function before the `wp` action means it will not have access to `WP_Query` and the queried object to determine if it is an AMP response, thus neither the `amp_skip_post()` filter nor the AMP enabled toggle will be considered. It appears the theme with slug `publisher` is responsible; please contact the author. Please see Debugging in WordPress for more information. (This message was added in version 2.0.0.) in /home/runcloud/webapps/techilive/wp-includes/functions.php on line 5313
 U.S. Initiates Trade Dispute Against Canadian Dairy Industry - TechiLive.in 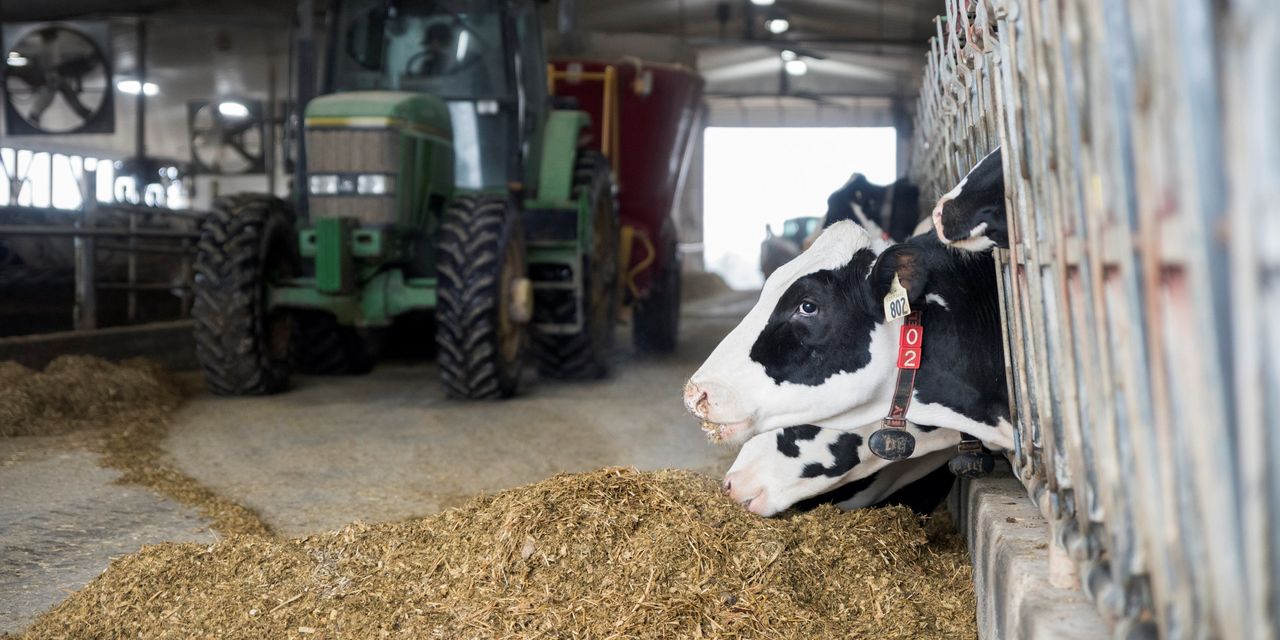 The Biden administration initiated a dispute process against the Canadian dairy industry, triggering the formal dispute mechanism of the new U.S.-Mexico-Canada Agreement for the first time.

The U.S. dairy industry has long complained about policies in Canada that prevent sales in their market, and the issue has won the support of many members of Congress who represent the major dairy-producing states. Canada’s dairy protection was one of the key sticking points of the negotiations over the USMCA which was agreed to in 2018, and the U.S. dispute amounts to a formal accusation that Canada isn’t living up to the terms of the agreement.

“Launching the first panel request under the agreement will ensure our dairy industry and its workers can seize new opportunities under the USMCA to market and sell U.S. products to Canadian consumers,” said

The U.S. alleges that Canada has used a complex system of tariff-rate quotas that sets aside a share of the dairy market exclusively for Canadian dairy processors, and that the system is in violation of what Canada agreed to in 2018.

The U.S. is now escalating the dispute by requesting the creation of a formal dispute settlement panel. The panel would hold hearings to understand the issue and release a report later this year. If the U.S. prevails, Canada would then have to bring its practices into compliance. If they didn’t, the U.S. would eventually be able to impose tariffs.

“We are confident that our policies are in full compliance,” with the trade agreement, she said. “We will vigorously defend our position during the dispute settlement process.”

The move is part of a series of steps the Biden administration has taken to enforce the USMCA. Earlier this month, the U.S. initiated a review of a union vote at a

truck factory in Mexico, a separate type of enforcement action. Also this month, U.S. and Mexican labor groups filed a complaint against a Mexican auto-parts manufacturer.

“These enforcement actions reflect the Biden-Harris administration’s deep commitment to enforcing the USMCA and to ensuring that U.S. trade policy works for America’s workers,” the office of the USTR said.

According to the International Trade Commission, the USMCA—if implemented as negotiated—would boost U.S. dairy exports by more than $314 million a year.

Canada’s dairy producers have long fought against opening the market. The country has around 11,000 commercial farms that hold substantial political sway because they are located in a politically important region: rural central Canada, especially French-speaking Quebec.

Write to Josh Zumbrun at Josh.Zumbrun@wsj.com

Appeared in the May 26, 2021, print edition as ‘U.S. Escalates Canadian Dairy Dispute.’

Denial of responsibility! TechiLive.in is an automatic aggregator around the global media. All the content are available free on Internet. We have just arranged it in one platform for educational purpose only. In each content, the hyperlink to the primary source is specified. All trademarks belong to their rightful owners, all materials to their authors. If you are the owner of the content and do not want us to publish your materials on our website, please contact us by email – admin@techilive.in. The content will be deleted within 24 hours.
Loading...
agriculturebeveragesCanadianCattle FarmingConsumer GoodsDairyDairy Cattle FarmingDairy Products
0
Share

C.D.C. Will Not Investigate Mild Infections in Vaccinated Americans