Notice: amp_is_available was called incorrectly. `amp_is_available()` (or `amp_is_request()`, formerly `is_amp_endpoint()`) was called too early and so it will not work properly. WordPress is currently doing the `pre_get_posts` hook. Calling this function before the `wp` action means it will not have access to `WP_Query` and the queried object to determine if it is an AMP response, thus neither the `amp_skip_post()` filter nor the AMP enabled toggle will be considered. It appears the theme with slug `publisher` is responsible; please contact the author. Please see Debugging in WordPress for more information. (This message was added in version 2.0.0.) in /home/runcloud/webapps/techilive/wp-includes/functions.php on line 5313
 U.S. Job Openings Reach Record High Despite Hiring Slowdown - TechiLive.in 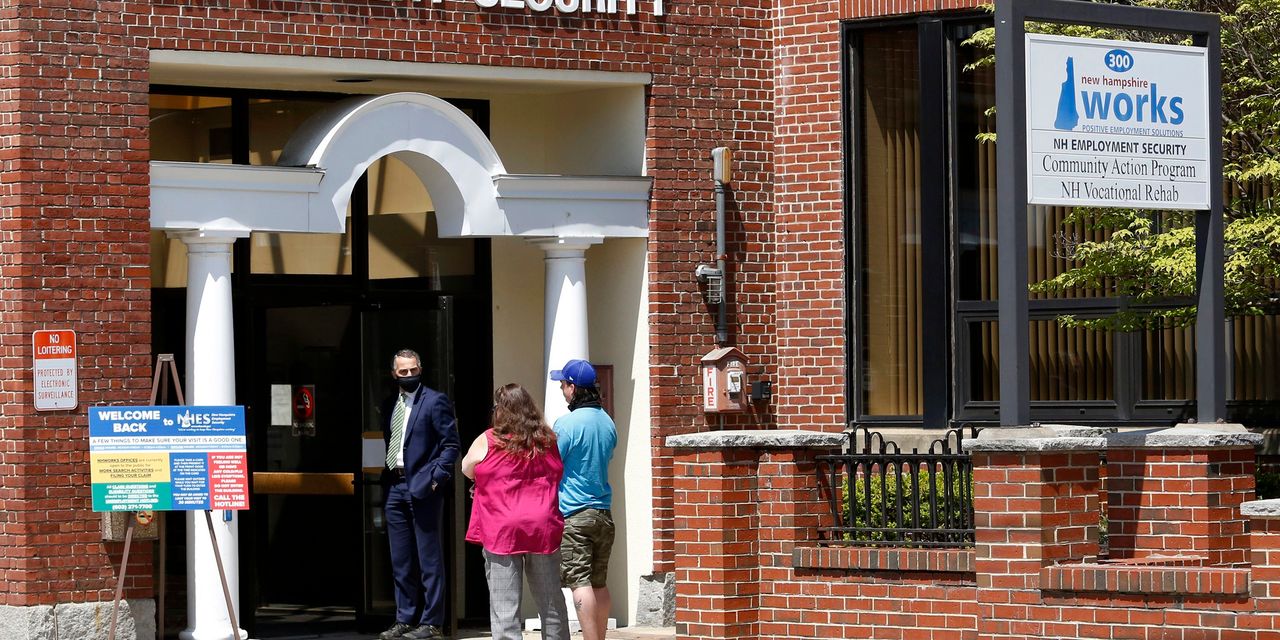 Job openings reached a record level of 8.1 million at the end of March, reflecting a widening gap between open positions and workers willing to take those roles.

The Labor Department said the highest rate of open jobs were in the South, while the strongest growth in openings was in the Northeast. Government and private data showed increasing openings in construction, manufacturing and hospitality.

The growth in available jobs came as hiring cooled to a seasonally adjusted 266,000 in April from a gain of 770,000 the prior month, the Labor Department said last week.

“Employers are looking to hire, but temporary factors are making people a little hesitant to take jobs,” said

an economist at Indeed. The growing number of available jobs “shows how difficult it is to turn openings into hires.”

Many economists say a number of factors—including expanded unemployment benefits, fear of contracting Covid-19 and a lack of child care—are keeping workers from taking open jobs.

Mr. Bunker said that pandemic-related unemployment benefits and partially remote schools—two factors restraining labor supply—should be temporary. A $300 enhancement to weekly jobless benefits and a nearly 18-month extension of payments for some workers expire in early September. Most students are also expected to attend school in person in the fall, easing -care issues.

“
‘Employers are looking to hire, but temporary factors are making people a little hesitant to take jobs.’
”

Labor demand is particularly strong in certain industries. Openings in loading and stocking jobs, which include those at e-commerce warehouses, were up more than 60% in late April, compared with February 2020, according to Indeed. Construction jobs were up a similar amount, reflecting strong demand for new-home construction. Manufacturing jobs were up 65%, reflecting strong demand for goods such as vehicles and appliances.

Now he needs to hire a service technician but is having difficulty finding someone. He recently raised the offered wage to $30 an hour, from $25, to attract more applicants. He also has seen little interest in other open positions at the firm.

“You just can’t find people, people aren’t willing to come to work,” he said, adding that he thinks enhanced unemployment benefits are dissuading would-be workers. Another factor is a long-term trend of high-school students pursuing college degrees rather than vocational skills.

MOCAP LLC, a Park Hills, Mo., manufacturer of plastic and rubber components, wants to hire as many as 15 additional workers for the 140-person company, as global demand for its product ramps up. But hiring has been a challenge, Chief Executive

He said the current level of unemployment benefits equates to a competitive wage in his mostly rural community an hour south of St. Louis. “We have heard many times, ‘Why go back to work if I would only get a dollar or two more than benefits?’” on an hourly basis, Mr. Miller said.

MOCAP needs entry-level workers for $15 an hour and machine operators for $25 an hour. Both come with vacation and health benefits. The average level of unemployment benefits pays a bit more than the equivalent of working full time for $15 an hour.

President Biden on Monday said he didn’t see evidence that jobless benefits were keeping Americans from applying for jobs. Still, he directed the Labor secretary to issue a letter reaffirming that individuals receiving unemployment benefits can’t continue to receive benefits if they turn down a suitable job.

That move is a shift from February when the Labor Department issued guidance saying workers could turn down work and retain benefits, if they felt the workplace was unsafe.

According to Indeed data, the hospitality and tourism industry, including restaurants, still had about 9% fewer job openings in late April, compared with before the pandemic. But openings in that industry have grown swiftly since the start of the year, when they were down about 40% from the pre-pandemic level. Many companies in that industry, including Domino’s Pizza and

franchisees, have said they are struggling to fill positions, in some cases offering signing bonuses to new hires.

A lack of available workers for restaurants could in part reflect that prospective employees found better-paying jobs in warehouses, factories or construction sites, Mr. Bunker said.

Following the 2007-2009 recession, “all industries grew on a similar trajectory,” he said. “During the pandemic far more job options presented themselves in a few very quick-growing industries.”

Write to Eric Morath at eric.morath@wsj.com

Loading...
Denial of responsibility! TechiLive.in is an automatic aggregator around the global media. All the content are available free on Internet. We have just arranged it in one platform for educational purpose only. In each content, the hyperlink to the primary source is specified. All trademarks belong to their rightful owners, all materials to their authors. If you are the owner of the content and do not want us to publish your materials on our website, please contact us by email – admin@techilive.in. The content will be deleted within 24 hours.
BusinessBusiness/Consumer ServicesC&E Industry News FilterchartloscommunityConstructionconsumer servicesContent Types
0
Share