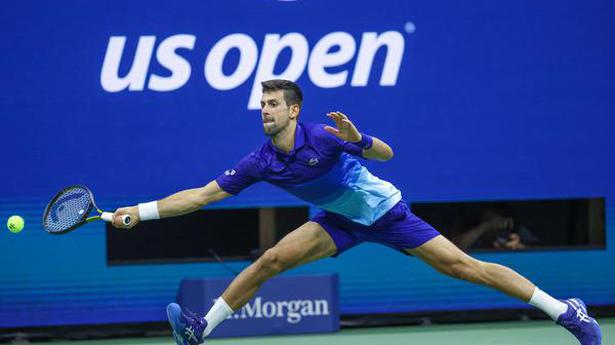 Novak Djokovic moved within two matches of completing the first men’s calendar Grand Slam in 52 years, rallying to defeat Italian Matteo Berrettini in a US Open quarterfinal on Wednesday.

The World No. 1 booked a semifinal date against Olympic champion Alexander Zverev, who beat Djokovic in the semifinals in Tokyo.

The 34-year-old Serbian is also seeking his fourth US Open title and men’s record 21st career Slam trophy, which would lift him one above the mark he shares with Roger Federer and Rafael Nadal.

Zverev is on a 16-match win streak that includes a title last month at Cincinnati.

Djokovic improved to 4-0 in his rivalry with Berrettini, who was chasing his third Slam semifinal after the 2019 US Open and his career-best Wimbledon runner-up effort.

Berrettini secured the first break with a forehand cross-court winner to seize a 6-5 lead, then squandered three set-points before Djokovic sent a forehand wide to surrender a tension-packed first set after 77 minutes.

After dropping the opening set for a third consecutive match, Djokovic broke for a 3-1 lead in the second when Berrettini sent a backhand long, his power struggling to cope with the all-round finesse of Djokovic’s game.

Berrettini netted a backhand to surrender a break and the second set and Djokovic broke again in game two of the third and again in the last to claim the set.

A passing forehand winner to break gave Djokovic a 2-0 lead in the fourth set and he held out from there to win in three hours and 27 minutes.

Loading...
Denial of responsibility! TechiLive.in is an automatic aggregator around the global media. All the content are available free on Internet. We have just arranged it in one platform for educational purpose only. In each content, the hyperlink to the primary source is specified. All trademarks belong to their rightful owners, all materials to their authors. If you are the owner of the content and do not want us to publish your materials on our website, please contact us by email – [email protected]. The content will be deleted within 24 hours.
campaignDjokovicslive tennis scoresnews updateOpensports newssports updateStays
Share