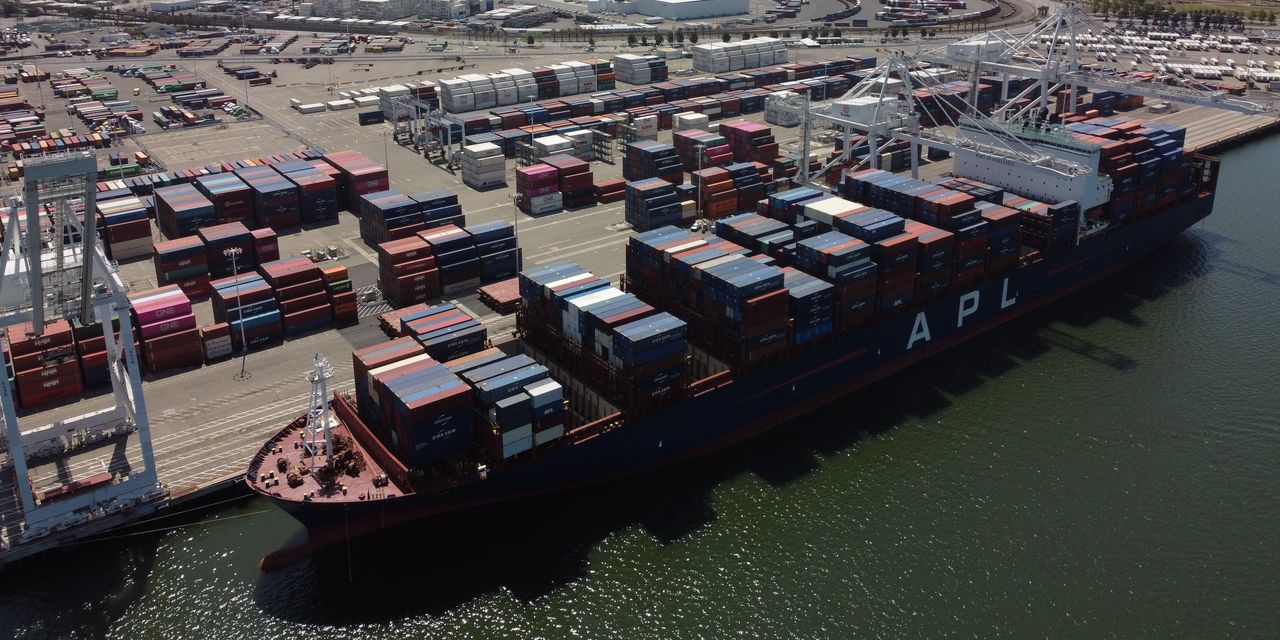 Inflation, supply imbalances and strong demand for imported goods widened the U.S. trade deficit to a record in March, with clothing, computers, and vehicles driving the surge.

The trade gap in goods and services widened by 22.3% in March from the prior month to a seasonally adjusted $109.8 billion, the Commerce Department said Wednesday. Before the Covid-19 pandemic, the trade deficit had hovered for years between $40 billion and $50 billion a month.

Imports rose by 10.3% to $351.5 billion as the U.S. took in far more goods than it exported. In March, the gridlock at U.S. ports eased, alleviating supply-chain congestion that has disrupted trade during the pandemic and freeing up more goods for store shelves. Exports also rose a robust 5.6% in March on higher shipments of industrial supplies and as more travelers came to the U.S. for vacation.

Pandemic-related disruptions remain an issue for trade, however. Economists expect that strict lockdowns in China related to an increase in Covid-19 cases and the war in Ukraine could hinder the global economy and supply chains in the months ahead. That could hit demand for U.S. exports. At the same time, a strong dollar is poised to help keep appetite for imports high.

U.S. economist at Oxford Economics. U.S. exports and imports have grown rapidly after collapsing earlier in the pandemic, which closed factories and businesses around the world.

Mr. Rasheed said he expects the trade gap to remain wide in the near term. Later this year, strong U.S. demand for goods could be damped by Federal Reserve moves to raise interest rates to cool the economy and bring down inflation, which is running at a four-decade high.

The trade imbalance weighed on U.S. gross domestic product in the first quarter as businesses and consumers faced high inflation, a shortage of available workers and rising borrowing costs.

The conflict in Ukraine also intensified in March, sending petroleum prices higher and U.S. gasoline costs to a record. The Biden administration banned Russian oil imports on March 8. March petroleum imports were the highest since December 2014, adjusted for seasonality, the Commerce Department said.

Separate figures released Wednesday indicated higher prices were affecting business activity at U.S. services companies. The Institute for Supply Management said U.S. service-sector activity in April grew more slowly than in March. The report said high inflation, capacity constraints and logistical challenges are weighing on businesses, and the Russia-Ukraine conflict is affecting costs of materials such as fuel and chemicals.

—Anthony DeBarros contributed to this article.

Denial of responsibility! TechiLive.in is an automatic aggregator around the global media. All the content are available free on Internet. We have just arranged it in one platform for educational purpose only. In each content, the hyperlink to the primary source is specified. All trademarks belong to their rightful owners, all materials to their authors. If you are the owner of the content and do not want us to publish your materials on our website, please contact us by email – [email protected]. The content will be deleted within 24 hours.
Billionbusiness newsBusiness updateCommerce DepartmentDeficitDomestic PoliticsEconomic Newseconomic performance
Share

TV has brought the abortion debate home since the 1970s

A slavery-era instrument is on the National Mall, singing…

Russia to legalise cryptocurrency as means of payment…