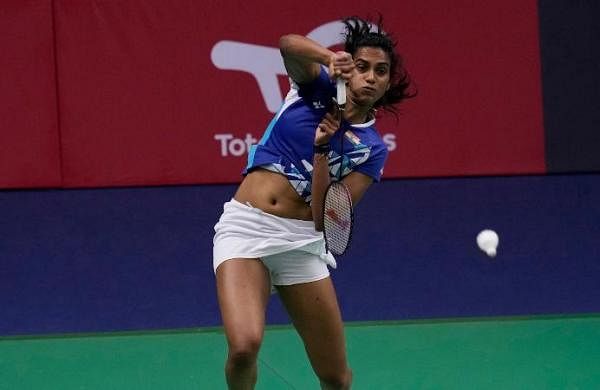 Uber Cup: PV Sindhu-led India crash out of lose 0-3 to Thailand in quarters

BANGKOK: Double Olympic medallist P V Sindhu fought hard before losing to Ratchanok Intanon in the opening match as the Indian women’s badminton team suffered a 0-3 thrashing at the hands of Thailand in the quarterfinals of the Uber Cup Final here on Thursday.

World No.7 Sindhu was off colour for the second consecutive day as she squandered a game lead to go down 21-18 17-21 12-21 against Intanon, ranked eighth, in a 59-minute first women’s singles match.

India slumped to 0-2 down when the women’s doubles pair of Shruti Mishra and Simran Singhi lost 16-21 13-21 against the Thai pair of Jongkolphan Kititharakul and Rawinda Prajongjai.

It was no better for Aakarshi Kashyap, who surrendered 16-21 11-21 to Pornpawee Chochuwong in the second singles match that lasted 42 minutes.

As Thailand took an unassailable 3-0 lead, the remaining two matches of the tie became redundant and was not played.

Earlier on Wednesday, Sindhu lost in straight games 15-21 14-21 against world number four An Seyoung in India’s final Group D match, where it was blanked 0-5 by Korea.

But the loss hardly made any difference as India, by then, had already sealed a quarterfinal berth after ensuring a top-two finish in the group after back-to-back victories over Canada and USA.

The Indian men’s team will play Malaysia in the quarterfinals of the Thomas Cup Final later in the day.

Denial of responsibility! TechiLive.in is an automatic aggregator around the global media. All the content are available free on Internet. We have just arranged it in one platform for educational purpose only. In each content, the hyperlink to the primary source is specified. All trademarks belong to their rightful owners, all materials to their authors. If you are the owner of the content and do not want us to publish your materials on our website, please contact us by email – [email protected]. The content will be deleted within 24 hours.
CrashCupIndiaIndia vs Thailandlosenews updatepv sindhuquarters
Share

Sony to ramp up PS5 manufacturing