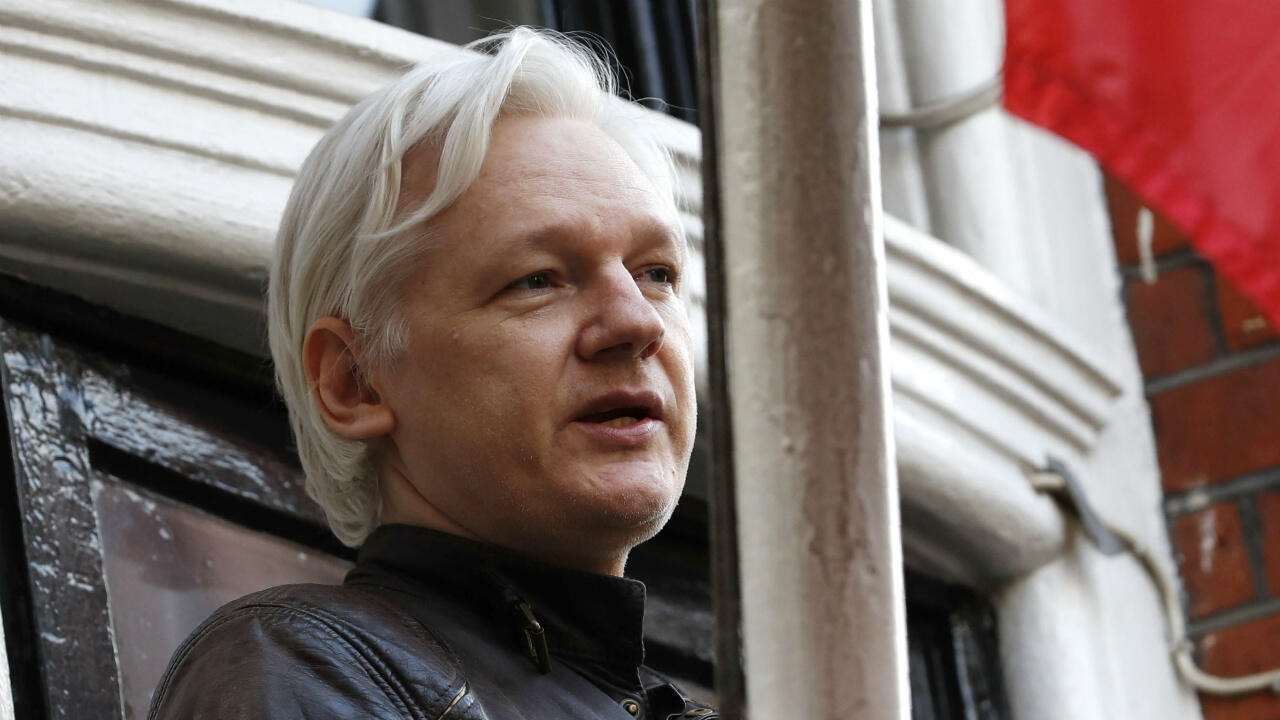 UK government approves extradition of WikiLeaks founder Assange to US

Britain on Friday approved a US government request to extradite WikiLeaks founder Julian Assange to face trial over the publication of secret military files, prompting outrage from his supporters.

Home Secretary Priti Patel’s interior ministry said Assange had 14 days to appeal the decision, which comes after a UK court issued a formal order clearing his removal in April.

Assange’s supporters have held frequent rallies to protest the planned deportation in what they claim is a defence of media freedom and free speech.

His wife, Stella, has pleaded for his release from custody after they had two children in secret when he was holed up for years in Ecuador’s London embassy.

WikiLeaks called Patel’s decision a “dark day for press freedom and for British democracy” and vowed to pursue the appeal to the High Court.

It accused the United States of having “plotted his assassination”.

“Julian did nothing wrong. He has committed no crime and is not a criminal. He is a journalist and a publisher, and he is being punished for doing his job,” the group said in a statement.

WikiLeaks said the case was “political”, as Assange published evidence that the United States “committed war crimes and covered them up”.

The extradition was an attempt to “try to disappear him into the darkest recesses of their prison system for the rest of his life to deter others from holding governments to account”.

BREAKING: UK Home Secretary approves extradition of WikiLeaks publisher Julian Assange to the US where he would face a 175 year sentence – A dark day for Press freedom and for British democracy
The decision will be appealedhttps://t.co/m1bX8STSr8 pic.twitter.com/5nWlxnWqO7


The head of Amnesty International said the government’s approval of the extradition “sends a chilling message” to journalists.

“If the extradition proceeds, Amnesty International is extremely concerned that Assange faces a high risk of prolonged solitary confinement, which would violate the prohibition on torture and other ill treatment,” said Agnes Callamard.

“Diplomatic assurances provided by the US that Assange will not be kept in solitary confinement cannot be taken on face value given previous history,” she added, calling for the charges to be dropped and Assange to be released.

A Home Office spokesperson said there were no grounds for Patel to block the extradition order, which was made on April 20 after a long-running legal saga up the hierarchy of UK courts.

“In this case, the UK courts have not found that it would be oppressive, unjust or an abuse of process to extradite Mr Assange,” the spokesperson said.

“Nor have they found that extradition would be incompatible with his human rights, including his right to a fair trial and to freedom of expression, and that whilst in the US he will be treated appropriately, including in relation to his health.”

Legal experts assess that Patel’s decision is likely not the end of the road for Assange, with potentially months of court challenges ahead.

Assange would first need permission to appeal from the High Court. If that was granted, the hearing might not be until early next year.

“He could also make an application to the European Court of Human Rights,” said Kate Goold, an extradition lawyer at London firm Bindmans.

“Once you get to the European Court of Human Rights, it’s a very, very slow process,” added another specialist Rebecca Niblock, from lawyers Kingsley Napley.

“Extradition is a very lengthy process and it is very unlikely that this will be the end of it.”

The Assange case has become a cause celebre for media freedom, with his supporters accusing Washington of trying to muzzle reporting of legitimate security concerns.

He is wanted to face trial for violating the US Espionage Act by publishing military and diplomatic files in 2010, and could face up to 175 years in jail if found guilty, although the exact sentence is difficult to estimate.

He has been held on remand at a top-security jail in southeast London since 2019 for jumping bail in a previous case accusing him of sexual assault in Sweden.

That case was dropped but he was not released from prison after serving time for breaching bail on the grounds he was a flight risk in the US extradition case.

His supporters have tried to secure his release and block his extradition on the grounds that he was a suicide risk if held in punishing isolation in US custody.

Assange, who married in jail in March, spent seven years at Ecuador’s embassy in London to avoid being removed to Sweden.

He was arrested when the government changed in Quito and his diplomatic protection was removed.

Denial of responsibility! TechiLive.in is an automatic aggregator around the global media. All the content are available free on Internet. We have just arranged it in one platform for educational purpose only. In each content, the hyperlink to the primary source is specified. All trademarks belong to their rightful owners, all materials to their authors. If you are the owner of the content and do not want us to publish your materials on our website, please contact us by email – [email protected]. The content will be deleted within 24 hours.
ApprovesAssangeEuropeextraditionfounderfreedom of speechGovernmentHealth news
Share

Forex Day Trading: Everything You Need to Know