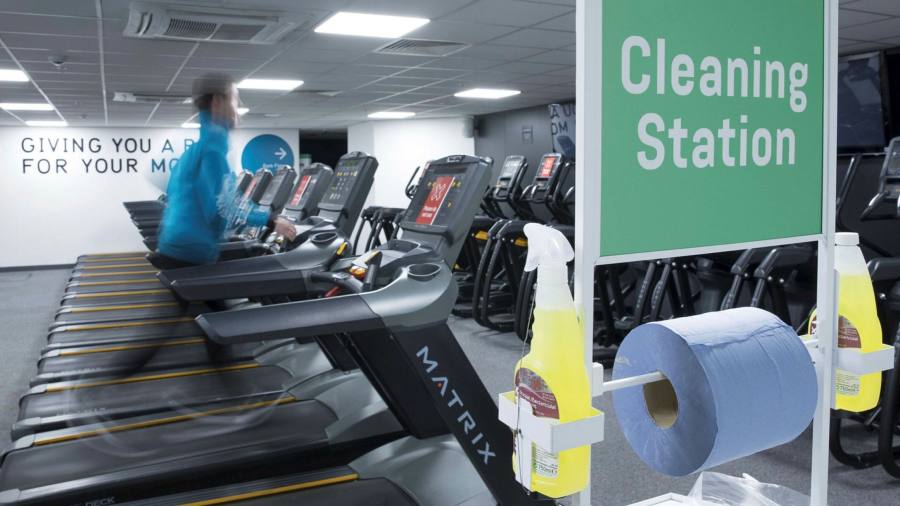 The traditional new year’s boost for fitness businesses has been scuppered by rising coronavirus case rates and working from home guidance, as gym goers hold off on seasonal exercising.

One in four new joiners typically sign up for gym memberships in January and February but industry bodies and operators have reported a fall in customers in the first week of 2022 compared to the same period in 2020.

This follows a choppy December when the UK gym sector, worth £4.5bn in 2019, lost £200m in revenue following the introduction of Plan B measures, according to ukactive, an industry association.

Fitness businesses also missed out on government support in December, when companies in the hospitality and leisure sectors became eligible for grants up to £6,000 to compensate for lost footfall. Huw Edwards, chief executive of ukactive, called the exclusion “shameful”.

“But they are now under pressure on two fronts, with Covid workforce absences rising across the industry . . . and consumer demand and footfall down, especially in city and urban centres as the homeworking order remains.”

Neil Randall, chief executive of Anytime Fitness UK, which has 190 franchises, said: “The city clubs are hurting harder, undoubtedly. Where we have rural clubs or people are living in the suburb; they have a slightly less pronounced fall in attendance.”

The chain has seen at least a 10 per cent drop in revenue, a reduction in footfall of more than a half and a quarter drop in membership inquiries compared to the first week of January 2020, Randall added.

The impact is most pronounced for London-based operators like Frame, which rely on office workers attending their classes before, during or after the working day. City-centre operators suffered drops in footfall of up to 70 per cent in December.

As a result, one of Frame’s seven sites is currently closed. Joan Murphy, co-founder and director, said: “We’re waiting to see what the next two weeks hold.”

However, the chain’s staffing pressures have begun to ease recently. The number of staff isolating fell from a peak of 35 out of 200 in December, to five this week.

Sandy Macaskill, founder of Barry’s Bootcamp UK, said attendance of his fitness studios was down 40 per cent from last January, creating long-term uncertainty for his business which he expects to reverberate throughout the sector.

He said: “When the UK reopened in summer, hospitality shot right up but the fitness industry isn’t like that: it’s about routine. We work our entire year round to establish routines for clients.”

Another boutique chain anticipated more bookings later in January. James Balfour, co-founder at 1Rebel, said: “Bookings from the 10th are picking up but it’s going to be much more tentative than the usual queues around the corner in January.”

He warned that continued challenges for the sector could lead to closures and even impact public health. “The fitness industry’s January will now be February but if the government doesn’t get people back into the office, there’ll be a lot of businesses unable to survive until February”, he said.

“The unintended consequence would be a reduction of supply of fitness facilities during a health crisis.”

Denial of responsibility! TechiLive.in is an automatic aggregator around the global media. All the content are available free on Internet. We have just arranged it in one platform for educational purpose only. In each content, the hyperlink to the primary source is specified. All trademarks belong to their rightful owners, all materials to their authors. If you are the owner of the content and do not want us to publish your materials on our website, please contact us by email – [email protected]. The content will be deleted within 24 hours.
business newsBusiness updateCautiondampensExercisegymshopesnews update
Share

Regional content is set to change the face of cinema: Saurabh Tewari