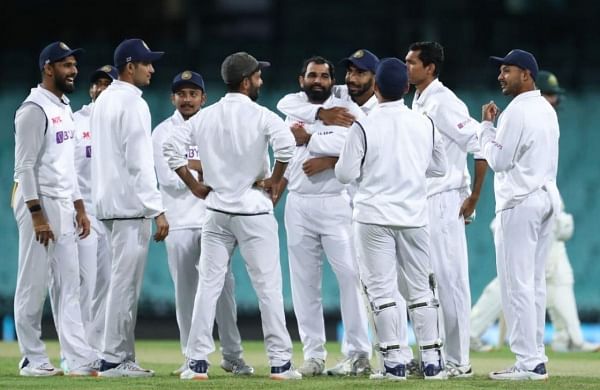 LONDON: The Indian men’s and women’s cricket team on Thursday arrived here in London ahead of the World Test Championship (WTC) final and England series.

India and New Zealand will lock horns in the finals of WTC at the Ageas Bowl, Southampton, beginning June 18, while the women’s cricket team will begin the England tour with a one-off Test from June 16.

India batsman KL Rahul on Thursday shared a picture in which he can be seen standing in the airport. “Touchdown,” Rahul captioned the post on Twitter.

In the early hours of Thursday, the Board of Control for Cricket in India (BCCI) had tweeted the pictures of the Indian contingent who were set to fly for England.

After the WTC final, the men’s team will gear up for the five-match Test series against England while the women’s team will lock horns in three ODIs beginning June 27 with the matches slated to be played in Bristol, Taunton, and Worcester.

Both teams will then square off in three T20Is, beginning July 9 and the three matches will be played at Northampton, Hove, and Chelmsford.

Prior to departing for England, India head coach Ravi Shastri on Wednesday said that going ahead, the International Cricket Council (ICC) should look to make the final of the WTC final a best-of-three contest and it could be played like a three-match series.

Meanwhile, Team India will now proceed directly to the on-site hotel at the Hampshire Bowl where they will be tested again before commencing a period of managed isolation.

Regular tests will be conducted during the period of isolation. Players’ activity will be allowed in a gradually increasing manner after each round of negative testing, moving from exercise in isolation to small group and then larger squad activity, whilst always remaining within the bio-secure venue.

Loading...
Denial of responsibility! TechiLive.in is an automatic aggregator around the global media. All the content are available free on Internet. We have just arranged it in one platform for educational purpose only. In each content, the hyperlink to the primary source is specified. All trademarks belong to their rightful owners, all materials to their authors. If you are the owner of the content and do not want us to publish your materials on our website, please contact us by email – [email protected]. The content will be deleted within 24 hours.
India England seriesIndianIndian cricket teamLondonMensnews updatereachsports news
0
Share

No regrets: Why you should have children as soon as you can