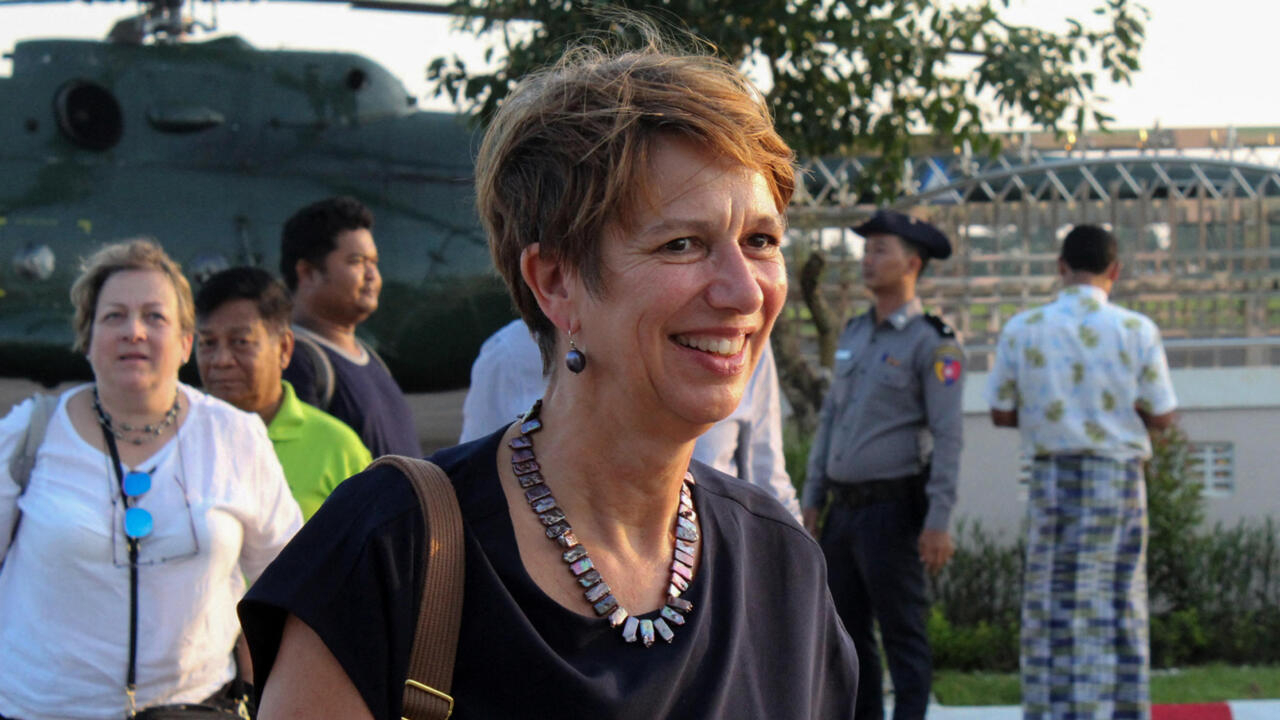 The UN special envoy for Myanmar, Christine Schraner Burgener, said Monday she still hopes to visit the country after seven weeks spent in the region waiting for the junta that staged a coup in February to allow her in.

During a meeting in Indonesia at the end of April with the head of the Myanmar junta, General Min Aung Hlaing “didn’t say that he doesn’t want to speak with me anymore,” the Swiss diplomat said at a virtual press conference in Bangkok, where she has spent most of her time since early April.

The general said “it’s not the right time to come to Myanmar,” she said. “That was ‘not yet’ but not a ‘no’… So I will not give up to continue this discussion.”

Burgener said she would travel on Tuesday to Japan for meetings with officials there.

Asked about her relations with China, Myanmar’s main backer but which she has not visited since her appointment, the envoy said she was available.

“It’s a very unstable situation for everybody in the region and clearly I’m ready to talk with the Chinese government wherever they like because I think dialogue is needed with all member states,” she said.

Asked about a draft UN resolution proposed by Liechtenstein, and supported by the United States and the European Union, that includes “an immediate suspension” of all arms shipments to Myanmar, the envoy expressed caution.

“I think a resolution must be very strong to be effective. But what is also very important is to show unity in the General Assembly,” she said.

A vote had been scheduled for May 18 but was suddenly postponed indefinitely at the behest of Paris, backed by Washington and London, due to a lack of support from Asian countries in the region, diplomats told AFP.

A meeting is scheduled to take place this week between the drafters of the text and the Asian countries, but the latter want the paragraph relating to an arms embargo to be removed and language linked to the field of human rights to be reduced, said one diplomat on condition of anonymity.

Denial of responsibility! TechiLive.in is an automatic aggregator around the global media. All the content are available free on Internet. We have just arranged it in one platform for educational purpose only. In each content, the hyperlink to the primary source is specified. All trademarks belong to their rightful owners, all materials to their authors. If you are the owner of the content and do not want us to publish your materials on our website, please contact us by email – [email protected]. The content will be deleted within 24 hours.
Loading...
Asia / PacificAung San Suu Kyicoup d'étatcouphitenvoyHealth newsHealth updatehopes
0
Share