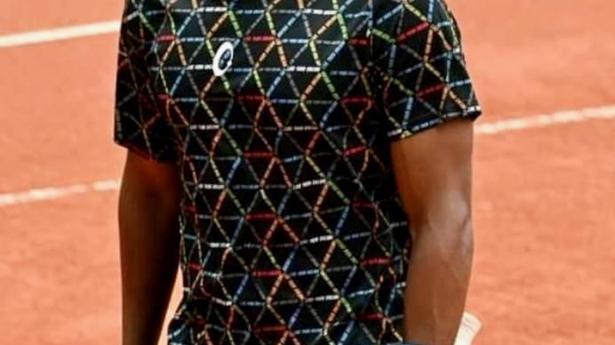 Upbeat Jeevan working to go to the next level

Jeevan Nedunchezhiyan is understandably upbeat after winning back to back Challenger titles on European clay last fortnight with Sriram Balaji. Yet, he has set a realistic target of getting back to the Grand Slams by Wimbledon next year.

In the capital, on a stop over before flying to Colombia for two more Challengers, Jeevan put things in perspective.

‘’We didn’t have any expectations. We are putting in the work. Water your plant, and see what happens,’’ said Jeevan, quite clear about not being anxious for good results.

The preparation for the Challenger titles was two weeks of television commentary from the studio in Mumbai for the Roland Garros, especially in Tamil.

‘’It was not a vacation. I had good training during those 14 days, with Navdeep (Singh), Vishnu (Vardhan). I had done a public speaking course in college and also one on the ATP, so I enjoyed the commentary. Somdev (Devvarman) was on a different level. He is so well prepared and very professional,’’ said Jeevan.

He is delighted with the bonding with Balaji, and recalled the pleasant experience of having Indian dinner every day for a week in France, on way to the second Challenger title, as the hotel was owned by an Indian.

‘’Trust is very crucial in doubles. Balaji and I have mutual respect. We are not in any hurry to get back to the highest level. We want to do the work. We know that we can go deep, as and when we get to the Grand Slams.

“With some of the players enjoying 50% of the points earned in 2019 till the end of this year, the real ranking will take some more time to emerge. We may not get to play the Australian Open or the French. Wimbledon could be a good chance’’, said Jeevan, who has competed in all the four Grand Slams, and three years in a row in Wimbledon.

He was grateful for the pillars of strength in his career — mother Kalyani and sister Swapna, who watch his matches on-line, stay in touch with him and boost his morale.

Jeevan did win the ATP Tour doubles title with Rohan Bopanna, and looks forward to the ATP Tour after the Challengers in July in Spain.

If they sustain the good work, Jeevan and Balaji would soon find themselves in the top-100 of world ranking, and plot their way into the higher echelons of the game.

Denial of responsibility! TechiLive.in is an automatic aggregator around the global media. All the content are available free on Internet. We have just arranged it in one platform for educational purpose only. In each content, the hyperlink to the primary source is specified. All trademarks belong to their rightful owners, all materials to their authors. If you are the owner of the content and do not want us to publish your materials on our website, please contact us by email – [email protected]. The content will be deleted within 24 hours.
ATPChallengersGrand SlamJeevanJeevan NedunchezhiyanLevelnews updatesports news
Share

Aparshakti Khurana jets off to a London vacation with wife…