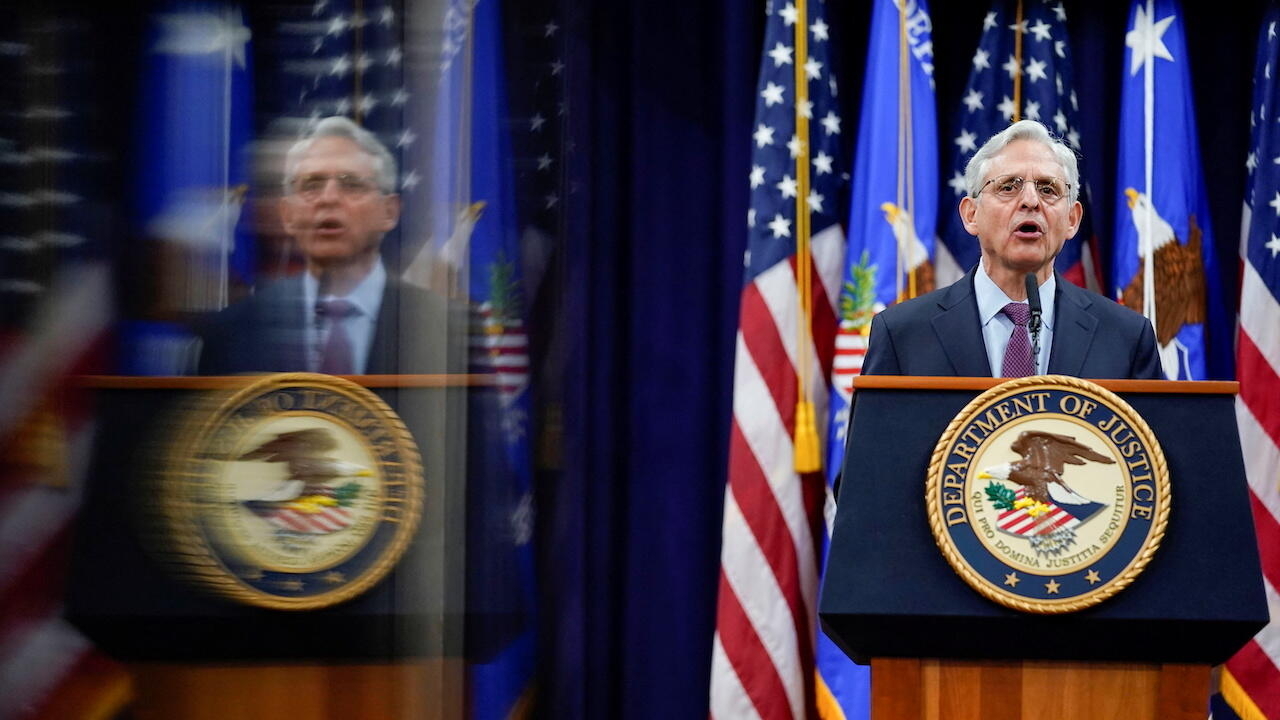 US attorney general vows to hold accountable all responsible for Jan. 6 attack

In a speech a day before the one-year anniversary of the violence, Garland appeared to address criticism by some Democrats who want his department to act more aggressively against those responsible for the attack on Jan. 6, 2021, that sought to overturn Trump’s 2020 election loss.

The department has charged more than 725 people with crimes arising from the riot ranging from disorderly conduct to assaulting police to conspiracy. Of those people, about 165 have pleaded guilty and at least 70 have been sentenced.

“The Justice Department remains committed to holding all January 6th perpetrators, at any level, accountable under law – whether they were present that day or were otherwise criminally responsible for the assault on our democracy,” Garland said at the Justice Department’s headquarters.

“We will follow the facts wherever they lead,” added Garland, the top U.S. law enforcement official.

A mob of Trump supporters stormed the Capitol in a failed bid to derail the formal congressional certification of his 2020 election loss to President Joe Biden.

The sprawling investigation is one of the largest and most complex in the FBI’s history. The Justice Department has issued more than 5,000 subpoenas, seized about 2,000 electronic devices and reviewed more than 20,000 hours of video footage, Garland said, and its work is ongoing.

“I understand that this may not be the answer some are looking for,” Garland said. “But we will and we must speak through our work. Anything else jeopardizes the viability of our investigations and the civil liberties of our citizens.”

High-profile criminal cases brought so far include several against members or associates of far-right groups such as the Proud Boys, the Oath Keepers and the Three Percenters.

A Democratic-led House of Representatives select committee separately is investigating the attack. Steve Bannon, Trump’s former White House chief strategist, has been charged by the Justice Department with contempt of Congress for refusing to appear for a deposition and refusing to produce documents sought by the House committee. Bannon pleaded not guilty.

“I think Merrick Garland has been extremely weak, and I think there should be a lot more of the organizers of Jan. 6 that should be arrested by now,” Democratic U.S. congressman Ruben Gallego told CNN on Tuesday.

Garland reiterated the department’s commitment to investigating threats of violence that have been directed toward election workers, lawmakers, judges, airline crews, school board officials and journalists. Garland said threats of violence “are permeating so many parts of our national life that they risk becoming normalized.”

Denial of responsibility! TechiLive.in is an automatic aggregator around the global media. All the content are available free on Internet. We have just arranged it in one platform for educational purpose only. In each content, the hyperlink to the primary source is specified. All trademarks belong to their rightful owners, all materials to their authors. If you are the owner of the content and do not want us to publish your materials on our website, please contact us by email – [email protected]. The content will be deleted within 24 hours.
accountableAmericasattackAttorneyDonald TrumpGeneralHealth newsHealth update
Share