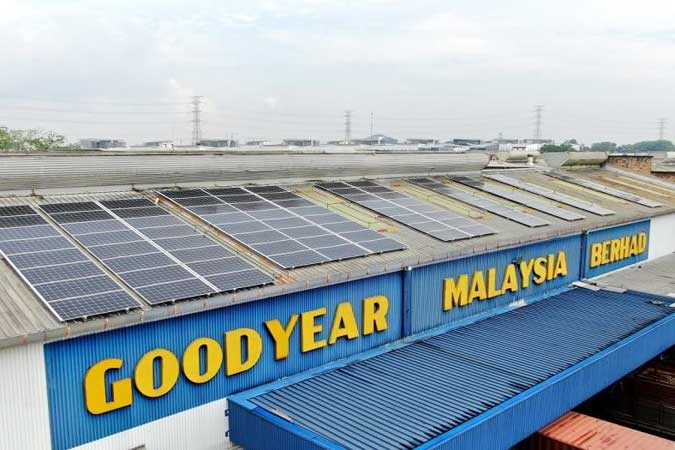 The department confirmed it had fined Goodyear in 2020 for overworking and underpaying foreign employees. One former worker said the company illegally kept his passport, showing Reuters an acknowledgement letter he signed in January 2020 upon getting it back eight years after he started working at Goodyear.

The allegations, which Reuters is the first to report, initially surfaced when 185 foreign workers filed three complaints against Goodyear Malaysia in the country’s industrial court, two in 2019 and one in 2020, over non-compliance with a collective labor agreement. The workers alleged the company was not giving them shift allowances, annual bonuses and pay increases even though these benefits were available to the local staff, who are represented by a labor union.

The court ruled in favor of the foreign workers in two of the cases last year, saying they were entitled to the same rights as Malaysian employees, according to copies of the judgement published on the court’s website. Goodyear was ordered to pay back wages and comply with the collective agreement, according to the judgement and the workers’ lawyer.

About 150 worker payslips, which the lawyer said were submitted to the court as evidence of unpaid wages and reviewed by Reuters, showed some migrants working as many as 229 hours a month in overtime, exceeding the Malaysian limit of 104 hours.

The foreign workers are claiming about 5 million ringgit ($1.21 million) in unpaid wages, said their lawyer, Chandra Segaran Rajandran. The workers are from Nepal, Myanmar and India.

“They are put in a situation where they are being denied their full rights as what is provided for (by law),” he said, adding that it amounted to “discrimination.”

Goodyear, one of the world’s largest tire makers, has challenged both verdicts at the high court. The appeal decision is expected on July 26. The verdict for the third case, over the same issues, is due in the coming weeks.

Goodyear declined to comment on any of the allegations, citing the court process. According to the court ruling last year, Goodyear Malaysia argued that foreign workers are not entitled to the benefits of the collective agreement because they are not union members.

According to the ruling, a union representative testified that foreign workers are eligible to join and are entitled to the benefits in the collective agreement even if they are not members. The court agreed that the foreign workers’ job scope entitled them to those benefits.

Goodyear told Reuters it has strong policies and practices relating to and protecting human rights.

“We take seriously any allegations of improper behavior relating to our associates, operations and supply chain,” a representative said in an e-mail.

The union — the National Union of Employees in Companies Manufacturing Rubber Products — did not respond to Reuters’ requests for comment on the workers’ complaints.

FINES AND VIOLATIONS
Workers said they faced intimidation from Goodyear after they filed the lawsuits. Goodyear declined to comment.

“The company had different rules for different sets of workers,” said Sharan Kumar Rai, who filed one of the lawsuits and worked at Goodyear in Malaysia from 2012 until last year.

The foreign workers filed the first two lawsuits in July 2019. Soon afterward, Goodyear asked some to sign letters, without their lawyer’s knowledge, that they would withdraw from the legal action, according to their lawyer, police complaints filed in October 2019 and a copy of the letter seen by Reuters. Reporting a complaint to police does not always result in criminal charges but can trigger an investigation.

Industrial court chairman Anna Ng Fui Choo said in her ruling that the letter “was an act of unfair labor practice.”

Malaysia’s labor department told Reuters it had investigated and charged Goodyear in 2020 over nine violations of labor laws, unrelated to the lawsuits, regarding excessive hours and wrongful salary deductions. It fined Goodyear 41,500 ringgit ($10,050), it said.

Malaysia has in recent years faced accusations from its own Human Resources Ministry and authorities in the United States of labor abuse at its factories, which rely on millions of migrant workers to manufacture everything from palm oil to medical gloves and iPhone components. — Mei Mei Chu and A. Ananthalakshmi/Reuters

Denial of responsibility! TechiLive.in is an automatic aggregator around the global media. All the content are available free on Internet. We have just arranged it in one platform for educational purpose only. In each content, the hyperlink to the primary source is specified. All trademarks belong to their rightful owners, all materials to their authors. If you are the owner of the content and do not want us to publish your materials on our website, please contact us by email – [email protected]. The content will be deleted within 24 hours.
Loading...
allegationsBusinessWorldDocumentsEducation newsEducation updateFacesGoodyearMaker
0
Share