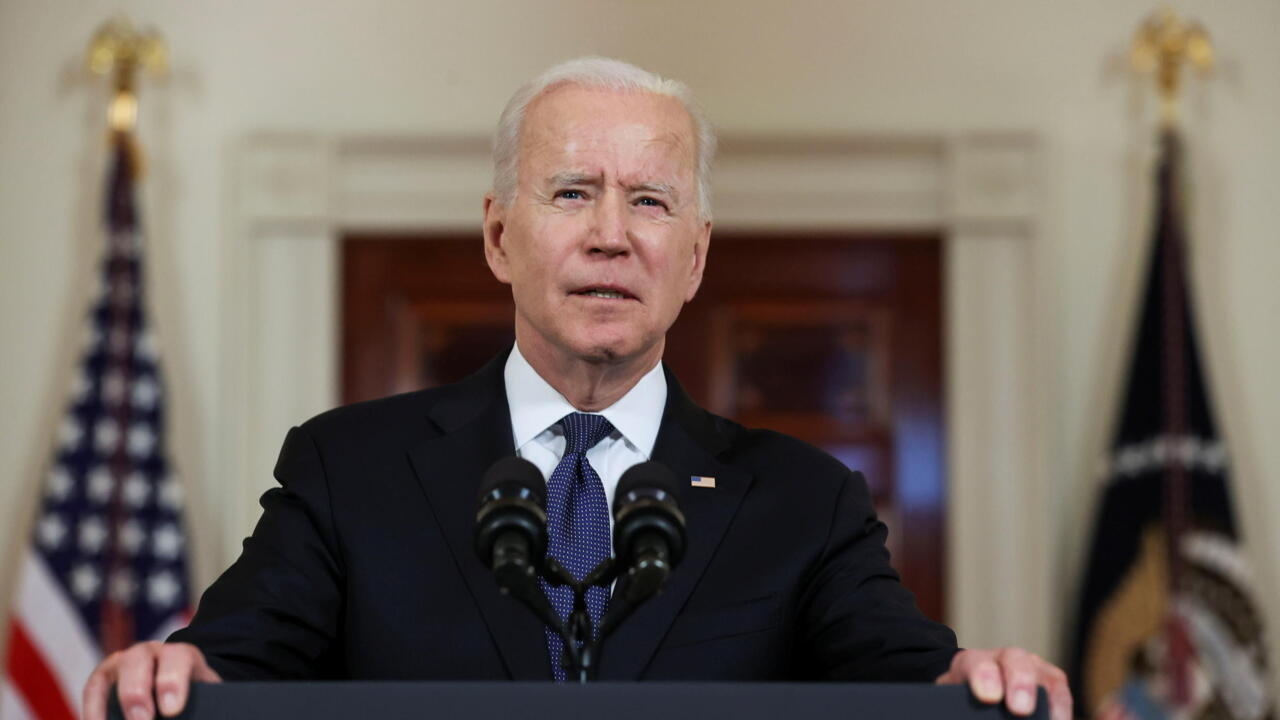 US President Joe Biden and UK Foreign Secretary Dominic Raab on Thursday welcomed a ceasefire announced by Israel and Hamas after 11 days of bombing and rocket strikes that killed nearly 250 people.

“I believe we have a genuine opportunity to make progress and I’m committed to working toward it,” Biden said at the White House, highlighting Egypt’s role in brokering the truce.

He said he had spoken Thursday with both Israeli Prime Minister Benjamin Netanyahu and Egyptian President Abdel Fattah al-Sisi.

Biden, who has come under criticism from many within his own Democratic party for not pushing US ally Israel more publicly to call a ceasefire, touted his administration’s “quiet, relentless diplomacy”.

Echoing a line taken by the White House throughout the 11-day conflict, Biden indicated that the US goal, involving “incredible efforts,” was above all to limit the duration of the bloodshed.

The aim was “avoiding the sort of prolonged conflict we’ve seen in previous years,” he said.

Biden referred to the casualties on both sides, and said “Palestinians and Israelis equally deserve to live safely and securely and enjoy equal measures of freedom, prosperity and democracy.”

He also pledged US humanitarian aid, while emphasizing that this would be channeled through the Palestinian Authority in the West Bank, not Hamas so that the organization could not “simply restock its military arsenal”.

Biden put particular weight on a pledge to back “Israel’s right to defend itself against indiscriminate rocket attacks from Hamas and other Gaza-based terrorist groups.”

In a rejection of some Democratic members of Congress who are pushing to stop an imminent US arms sale to Israel, Biden said he had assured Netanyahu of his “full support” in replenishing the Iron Dome anti-missile system used to shoot down Hamas’ projectiles.

Biden also had notable words of thanks for Sisi, whose authoritarian rule has complicated the long close US-Egyptian relationship.

“I extend my sincere gratitude to President al-Sisi and the senior Egyptian officials who have played such a critical role in this diplomacy,” Biden said.

Sisi reciprocated with a series of tweets thanking Biden for his role in making the Egyptian ceasefire initiative succeed.

Sisi said he and President Biden both saw the urgency of managing the conflict between all parties with diplomacy.

Britain on Thursday welcomed a ceasefire announced by Israel and Hamas and called on all sides to work to make it durable and “end the unacceptable cycle of violence” in the region.

“All sides must work to make the ceasefire durable and end the unacceptable cycle of violence and loss of civilian life,” UK Foreign Secretary Dominic Raab said on Twitter, adding that Britain supports “efforts to bring about peace”.

Welcome news of a ceasefire in Israel and Gaza. All sides must work to make the ceasefire durable and end the unacceptable cycle of violence and loss of civilian life. UK continues to support efforts to bring about peace.

Both Israel and Hamas, meanwhile, claimed significant gains from the fighting.

In a televised speech Abu Ubaida, spokesman of the Hamas armed wing, said: “With the help of God, we were able to humiliate the enemy, its fragile entity and its savage army.”

He threatened Hamas rocket fire that would reach throughout Israel if it violated the truce or struck Gaza before the hour of implementation.

Rocket attacks by Hamas and the allied Islamic Jihad had resumed after an eight-hour pause earlier on Thursday, as Israel pursued shelling that it said aimed to destroy the factions’ military capabilities and deter them from future confrontations after the current conflict.

Speaking to his U.S. counterpart Lloyd Austin, Gantz said Israel’s defence establishment would “continue to work closely and in full cooperation with the Pentagon and the U.S.  administration to stabilise the region,” Gantz’s office said.

Since the fighting began on May 10, health officials in Gaza said 232 Palestinians, including 65 children, had been killed and more than 1,900 wounded in aerial bombardments. Israel said it had killed at least 160 combatants in Gaza.

(FRANCE 24 with AFP and REUTERS)

Denial of responsibility! TechiLive.in is an automatic aggregator around the global media. All the content are available free on Internet. We have just arranged it in one platform for educational purpose only. In each content, the hyperlink to the primary source is specified. All trademarks belong to their rightful owners, all materials to their authors. If you are the owner of the content and do not want us to publish your materials on our website, please contact us by email – [email protected]. The content will be deleted within 24 hours.
ceasefireDiplomacyEgyptbrokeredGazahailHamasHealth newsHealth update
0
Share