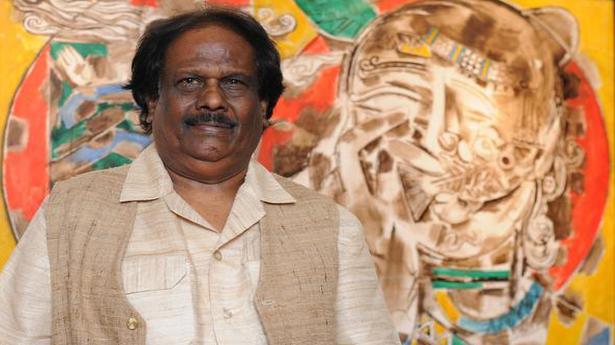 An impeccably dressed, patient and smiling teacher who made friends with the young and old alike — this is how Professor Alphonso Arul Doss, the former Principal of Government College of Fine Arts, Chennai who carved a niche in the Madras Art Movement, is remembered by many.

In interviews, Arul Doss talked about his early influences and how as a boy in Bengaluru, he was fascinated by stained glass windows in churches. This paved the way to the many biblical themes and Western colour palettes that often appeared in his work. In an interview with The Hindu in 2014, he said, “Looking up at the stained-glass window of a Gothic church, I found myself dazzled by the light transformed into patterns. The contours and colours attracted and motivated me to look at creating forms like a gemstone reflecting many facets.” 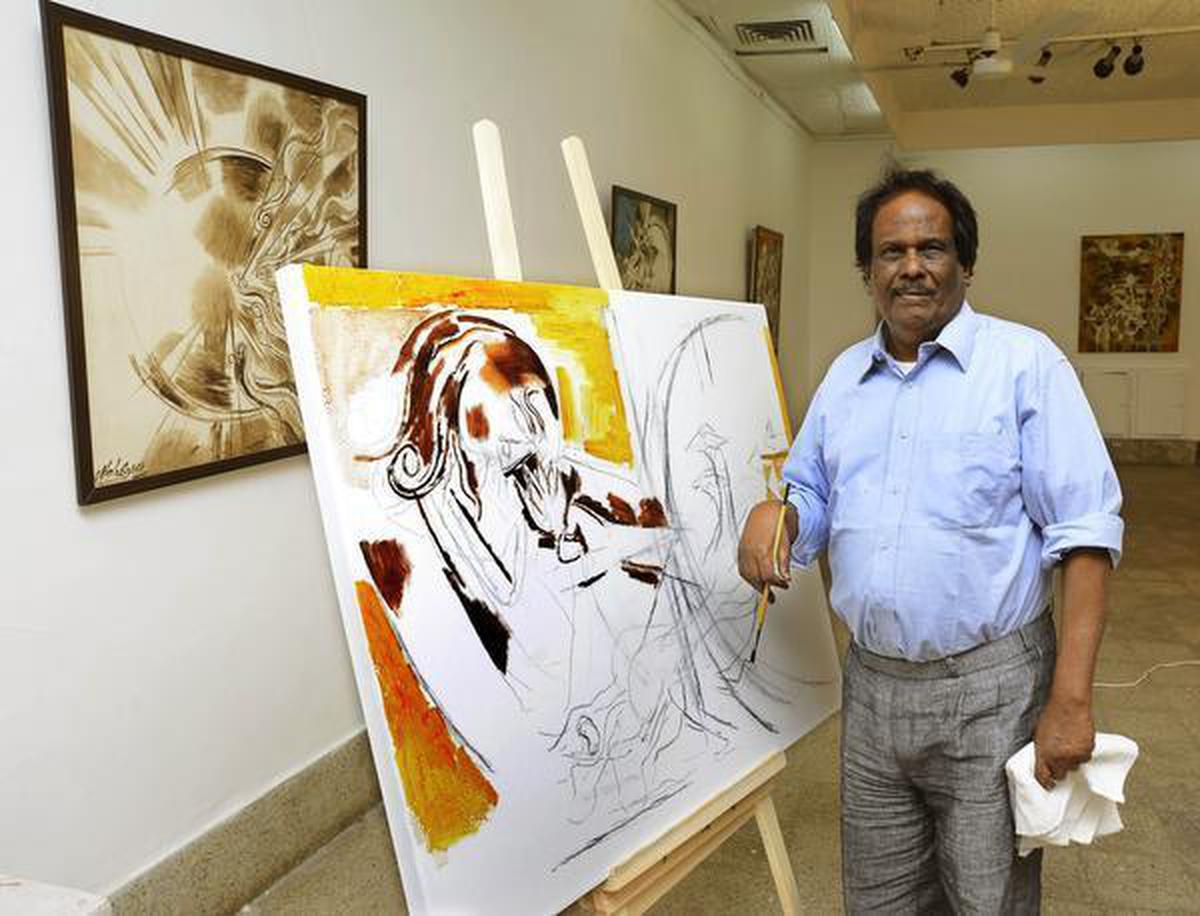 Artist Achuthan Kudallur remembers being fascinated by Arul Doss’ ability to bring out colours even in portraits. At the time when many chose conventional colours to present the human anatomy, Arul Doss brought out bright greens, blues, reds and yellows in his unique portraits. Achuthan, who had known Arul Doss for over three decades, met him first in 1972. “I admire his work. He can do wonderful portraits straight from a model, and he uses colours that are different from that of the space. You cannot imagine green on a face, but he would do it anyway,” he says. Artist P Gopinath too, remembers his usage of colour as a “unique language of expression.”

In the 50 years Arul Doss spent at the college, faculty would teach and practice simultaneously. He went on to become the principal in 1992 and continued to teach there unil he retired in 1997. “It was the best way of teaching,” says Achuthan, adding, “Students are inspired that way and different styles develop. Alphonso didn’t have many followers because his style was very unique. He could see the blank spaces in colours.”

His sense of humour is what made Arul Doss popular among his students and peers. On one of his visits to Achuthan’s shoddily-kept studio, he exclaimed, “Ipdi thaan irukkumeda studio! (This is how a studio should be).” Achuthan fondly narrates, “He was trying to console me. He never criticised me for keeping the studio that way.” One of his works

Artist and filmmaker Gita Hudson calls Arul Doss “a gentleman.” While working on a documentary titled Golden Flute that traced the artist’s journey, Gita had the chance to travel with Arul Doss to Bengaluru where she recollects being accompanied by his rather large family. Though he was not married, he was always surrounded by his sisters, nieces and nephews, says Gita. “He took me to his sister’s place. She had kept some of his old drawings from his school days — lots of water colours on Brigade Road, one of a young couple bidding goodbye in a train, and so on.. It painted a picture of the Bangalore of 50 years ago. And they were so different from the work he did later.”

As the art world bids adieu to a patient teacher, loyal friend and a visionary artist, Gopinath concludes, “I will always remember his laughing face.”

Loading...
Denial of responsibility! TechiLive.in is an automatic aggregator around the global media. All the content are available free on Internet. We have just arranged it in one platform for educational purpose only. In each content, the hyperlink to the primary source is specified. All trademarks belong to their rightful owners, all materials to their authors. If you are the owner of the content and do not want us to publish your materials on our website, please contact us by email – [email protected]. The content will be deleted within 24 hours.
Alphonsoalphonso arul doss passed awayartistartsArulChennaichennai artistscholamadal artists village
0
Share