Notice: amp_is_available was called incorrectly. `amp_is_available()` (or `amp_is_request()`, formerly `is_amp_endpoint()`) was called too early and so it will not work properly. WordPress is currently doing the `pre_get_posts` hook. Calling this function before the `wp` action means it will not have access to `WP_Query` and the queried object to determine if it is an AMP response, thus neither the `amp_skip_post()` filter nor the AMP enabled toggle will be considered. It appears the theme with slug `publisher` is responsible; please contact the author. Please see Debugging in WordPress for more information. (This message was added in version 2.0.0.) in /home/runcloud/webapps/techilive/wp-includes/functions.php on line 5313
 Veteran Scott Dixon has plenty of youngsters chasing - TechiLive.in 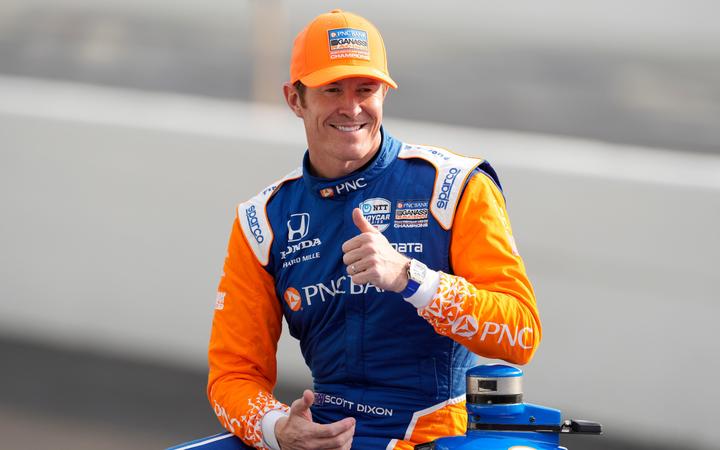 There is a golden oldie theme running through the 2021 sport calendar and the trend could continue at the Indianapolis 500 this weekend when the forty-somethings led by pole sitter Scott Dixon will try to fend off the IndyCar youth movement.

The “Greatest Spectacle in Racing” is shaping up as a clash of generations and nowhere is that more evident than the front row of the grid.

Dixon, the 40-year-old father of three and six-times IndyCar series champion, will be lined up alongside two eager young guns in 21-year-old Colton Herta and Rinus VeeKay, at 20-years-old the youngest front row starter ever at the Indy 500.

Dixon, who with 51 wins sits third on the IndyCar all-time list behind only AJ Foyt (67) and Mario Andretti (52), will not stand alone against the young tide with the New Zealander getting plenty of backup.

“Age is just number, we can definitely make it happen,” gushed the forever bubbly Castroneves, who is back at the Brickyard chasing a record-equalling fourth Indy 500 win.

Castroneves and the other old boys in the 33-car field will surely draw inspiration from a sporting year that has seen a geriatric push back against the clock. 2021 began with 43-year-old Tom Brady becoming the oldest quarterback to win the Super Bowl and last Sunday at the PGA Championship Phil Mickelson became the oldest man to win a golf major.

Castroneves has more in common with Brady than just age.

Like the quarterback, who after a Hall of Fame career with the New England Patriots moved to the Tampa Bay Buccaneers, the Brazilian is switching teams to Meyer Shank Racing having won all three of his Indy 500 titles and made 20 previous starts with powerhouse Team Penske.

No driver in this year’s field will replace Al Unser, who at 47 will remain the oldest to win the Indy 500, but the idea of another forty-something back in Victory Lane is not far fetched nostalgia.

Experience and patience count when navigating the 2.5 mile oval at speeds of over 220 mph (355 kph) and no drivers will bring more of those assets to Sunday’s race than Castroneves, who will be making his 21st start, and Kanaan in his 20th.

“It’s very weird that the guy starting ahead of me was wearing diapers when I started my first Indy 500, said Kanaan, referring to VeeKay, who was learning to walk when he made his first Indy 500 start in 1998. 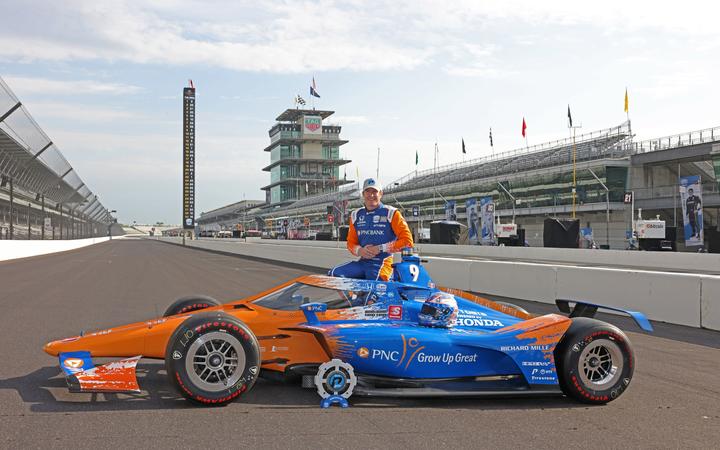 The youth movement has been on the march this season, signalling a changing of the guard is under way.

Herta and VeeKay have both picked up wins while 24-year-old Spaniard Alex Palou and 22-year-old Mexican Pato O’Ward have also reached the winner’s circle.

Only Dixon has managed to interrupt the youthful domination with a win at the of Genesys 300 at Texas Motor Speedway.

“It doesn’t really matter where you start, it’s where you finish,” said Dixon, who won the race in 2008 and starts from pole for the fourth time. “I think we’ve finished second four-or-five times here.

“We got to keep knocking on that door and hopefully one day again, one day soon, that opens up.”

Dixon has another New Zealander on the grid with Scott McLaughlin starting 17th on the grid in his debut season with Penske Racing.

Loading...
Denial of responsibility! TechiLive.in is an automatic aggregator around the global media. All the content are available free on Internet. We have just arranged it in one platform for educational purpose only. In each content, the hyperlink to the primary source is specified. All trademarks belong to their rightful owners, all materials to their authors. If you are the owner of the content and do not want us to publish your materials on our website, please contact us by email – admin@techilive.in. The content will be deleted within 24 hours.
AudiochasingCurrent AffairsDixonNewsnews updateplentyPodcasts
0
Share