Notice: amp_is_available was called incorrectly. `amp_is_available()` (or `amp_is_request()`, formerly `is_amp_endpoint()`) was called too early and so it will not work properly. WordPress is currently doing the `pre_get_posts` hook. Calling this function before the `wp` action means it will not have access to `WP_Query` and the queried object to determine if it is an AMP response, thus neither the `amp_skip_post()` filter nor the AMP enabled toggle will be considered. It appears the theme with slug `publisher` is responsible; please contact the author. Please see Debugging in WordPress for more information. (This message was added in version 2.0.0.) in /home/runcloud/webapps/techilive/wp-includes/functions.php on line 5313
 Vidit Gujrathi qualifies for chess World Cup - TechiLive.in 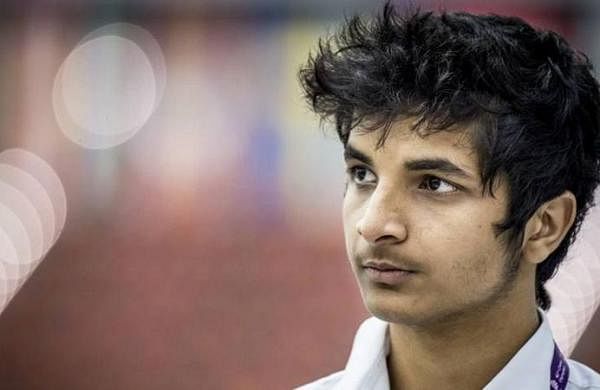 CHENNAI: India No.3 Vidit Gujrathi has qualified for the FIDE chess World Cup 2021, to be held in Sochi, Russia from July 10 on the basis of his rating.

With this, Grandmaster Gujrathi becomes the fourth Indian man to qualify for the upcoming World Cup, a press release said on Thursday.

The Nashik-based player joins Grandmasters P Harikrishna, Aravindh Chidambaram and P Iniyan as the Indian men to have qualified for the World Cup.

This will be Gujrathi’s third World Cup appearance, having previously featured in 2017 and 2019.

The Indian said he is confident of putting up a nice show in the tournament.

“Really happy to be a part of the WC squad.

Playing for India is always a proud moment and especially the World Cup which is the most prestigious event across any sport,” Gujrathi was quoted as saying.

“I am confident of putting up a nice show and will surely try to give my best in each and every game I play. Eagerly looking forward to the event as this is going to be my first Over the Board (OTB) event since February 2020,” he added.

He is presently ranked 23rd in the World.

The FIDE World Cup 2021 will be a Classical event with standard time control.

Iniyan had recently won the AICF online qualifying event to book a berth in the World Cup.

Denial of responsibility! TechiLive.in is an automatic aggregator around the global media. All the content are available free on Internet. We have just arranged it in one platform for educational purpose only. In each content, the hyperlink to the primary source is specified. All trademarks belong to their rightful owners, all materials to their authors. If you are the owner of the content and do not want us to publish your materials on our website, please contact us by email – admin@techilive.in. The content will be deleted within 24 hours.
ChessChess World CupCupGujrathinews updatequalifiessports newssports update
0
Share