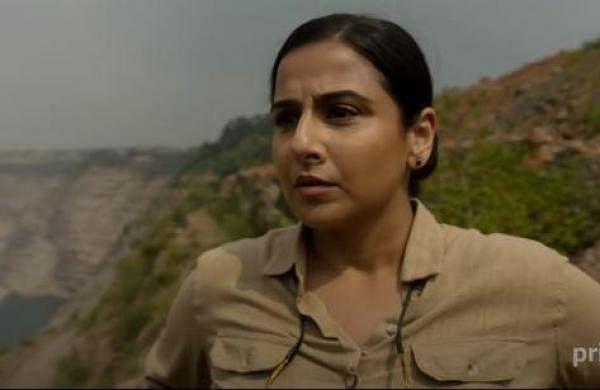 Directed by Amit Masurkar of “Newton” fame, the upcoming drama is produced by T-Series and Abundantia Entertainment.

According to a press release, “Sherni” will see Balan as an upright forest officer named Vidya, who powers through the brutal beasts of social barrier set by the patriarchal society and the lackadaisical attitudes within her department, while trying to resolve the man-animal conflict.

Masurkar described the film as an “intricately-layered story”, exploring the complex issues of conflict between humankind and animals.

“Vidya Balan plays a mid-level forest officer who despite obstacles and pressures, works with her team and local allies to preserve a balance in the environment.

“Working with her, the amazing ensemble cast and the uber-talented crew has been an incredible experience for me,” the National Award-winning filmmaker said in a statement.

“I hope that releasing ‘Sherni’ on Amazon Prime Video will help this story reach a wide and diverse audience both in India and across the world,” he added.

Balan, also a National Award winner, said her character in the film is “a woman of few words but many dimensions”.

“The film deals with a sensitive topic that touches upon respect, mutual understanding, and co-existence, not just between man-animal, but between humans as well.

“It gives me immense joy to bring this unique character and story to the global audience through Amazon Prime Video and hope to engage them in unexpected ways,” the actor, whose last release “Shakuntala Devi” also released on the streamer, added.

Loading...
Denial of responsibility! TechiLive.in is an automatic aggregator around the global media. All the content are available free on Internet. We have just arranged it in one platform for educational purpose only. In each content, the hyperlink to the primary source is specified. All trademarks belong to their rightful owners, all materials to their authors. If you are the owner of the content and do not want us to publish your materials on our website, please contact us by email – [email protected]. The content will be deleted within 24 hours.
Amazonamazon prime videoBalanstarrerentertainment newsEntertainment updateJunenews updatePrime
0
Share