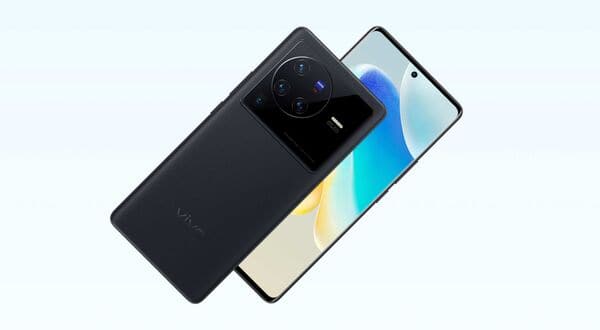 These questions majorly form my analysis of the Vivo’s newly launched luxury, premium and flagship smartphone Vivo X80 Pro today. Co-developed with ZEISS optics, the Vivo X80 Pro basically boasts the optical advancements it has to offer in its segment. The Chinese smartphone brand, Vivo, introduced the Vivo X80 Pro at ₹79,999 with 12GB RAM and 256GB of internal storage. Along with the X80 Pro, Vivo also launched the base model, X80, starting at ₹54,999 for the 8GB RAM and 128GB internal space. But, what does Vivo trying to achieve here?

Vivo already knew that these questions will come at it post the launch of X80 series but the smartphone brand may have other thoughts which we could not know here. The Vivo X80 Pro highlights remain its cameras, the company claims it. The smartphone comes with four rear lenses placed on a camera island. The phone comes with a 50MP main camera with optical image stabilization (OIS), 48MP wide-angle camera, 12MP Gimbal portrait camera, an 8MP Periscope camera, along with a 32MP front camera.

To prove its photography and videography capabilities, Vivo incorporated a separate image processing chip called the V1+. Vivo claims that this chip helps in achieving the right amount of exposure and sharpness in videos and still images at the same time. We cannot contest that claim because we haven’t tested it.

Vivo has packed the X80 Pro with Snapdragon 8 Gen 1 chipset, commonly found in the premium smartphones starting above ₹45,000 in India. Vivo’s own sister brands, Realme and iQOO have phones with the same chipset but under a reasonable price bracket. For example, Realme GT 2 Pro price starts at ₹49,999 for the same chipset. Similarly, the iQOO 9 Pro has the same SoC but its price begins at ₹64,990.

Even if we compare the OnePlus 10 Pro pricing with Vivo X80 Pro, the 10 Pro price starts at ₹66,999 with the same processor for the 8GB variant while the 12GB model retails at ₹71,999. Vivo has gone even beyond that pricing and launched the X80 Pro at ₹79,999 without any second variant. Like the Vivo’s association with ZEISS for the X80 Pro, OnePlus also extended its Hasselblad tie up to the second generation with OnePlus 10 Pro. Hasselblad is also known for its high precision lenses like ZEISS.

Till now we have only compared Vivo X80 Pro with its sister brands under the BBK clan but when it is put against the South Korean electronics major, Samsung, the competition becomes even tougher for the former. Samsung has wide portfolio of premium, luxury and flagship smartphones to make it hard for the X80 Pro. Samsung’s latest Galaxy S22 series holds similar features to the X80 Pro but the brand value comes into play here. Samsung Galaxy S22 series also claimed to enhance the low light photography and shooting launched in February this year.

Even in the absence of Huawei, HTC and Sony smartphones the journey of Vivo in the luxury segment is not going to an easy task. Over the years people have defined brands on their pricings; Xiaomi/Redmi preferred in the entry and budget segment, Vivo/Oppo were favourites in the mid-segment, OnePlus was the lone choice in 30s and Samsung was preferred in Android smartphones if going up to ₹50k price segment. In the meantime, Apple reimagined itself and brought its iPhones in comparison with the premium Android smartphones and thus resulted in tremendous sales and demand from the users in India.

On the contrary, Chinese smartphone players, mainly BBK owned smartphone brands, pushed them into the luxury segment but haven’t seen any of the success here. Apple’s reverse engineering made them look pale in that segment.

Vivo with its luxury segment approach wants to consolidate iQOO in the mid-premium segment here. The segment which OnePlus dominated once. Meanwhile, OnePlus started to bring mid-segment phones in the form of Nord to expand its own portfolio.

Vivo X80 Pro could be its pilot in the luxury segment but becoming over ambitious here may disrupt its actual plan to cater to the mid-segment and premium buyers. And I will be pleased to meet or know about those who want a Vivo phone priced at ₹79,999 or unless gifted by some. The ZEISS association, we all know, isn’t new to the Indian smartphone industry. Erstwhile Nokia phones were famous for its ZEISS lenses but that too did not work for it in the long run. Vivo X80 Pro may be a good phone but the brand vale and perception in the luxury segment play crucial role while investing. And simply, you cannot ignore iPhone 13 that costs similar to Vivo X80 Pro!

Denial of responsibility! TechiLive.in is an automatic aggregator around the global media. All the content are available free on Internet. We have just arranged it in one platform for educational purpose only. In each content, the hyperlink to the primary source is specified. All trademarks belong to their rightful owners, all materials to their authors. If you are the owner of the content and do not want us to publish your materials on our website, please contact us by email – [email protected]. The content will be deleted within 24 hours.
AppleBBKChinese smartphone brandsconsequencesgadget updategalaxy s22 seriesHasselbladHuawei
Share

What time does the 2022 Preakness Stakes start? What TV channel is it on?