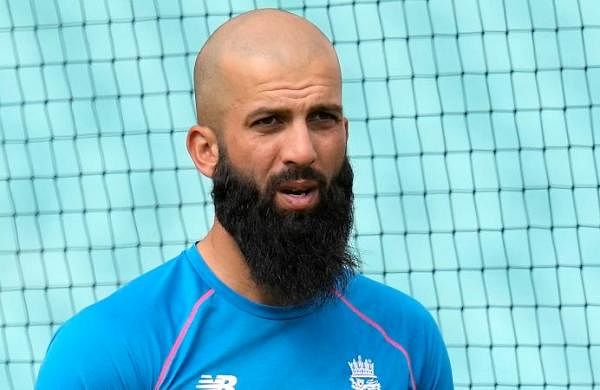 Wanted to be a seam bowler but bad back in U-15 game forced me to turn to spin: England all-rounder Moeen Ali

LONDON: Charismatic England and Chennai Super Kings all-rounder, Moeen Ali, has revealed he was initially a seam-bowling all-rounder but a bad back while bowling full tilt playing U-15s for Warwickshire forced him to turn to spin.

Moeen has grabbed headlines of late, declaring he is willing to come out of Test retirement if new England coach Brendon McCullim and skipper Ben Stokes so desire. He had taken Test retirement in September last year to prolong his white-ball career.

For CSK this year, he came up with handy contributions scoring 244 runs in 10 games with a best of 93, besides taking eight wickets, though his team finished ninth in the 10-team IPL 2022 season.

Opening up about his childhood memories, Moeen told chennaisuperkings.com that his cricketing journey as a child started with playing the game alongside Indian and Pakistani players.

“School was the best days of my life. I had great friends and a great school (Moseley). I loved cricket and we had a nice cricket ground on the side and it was a South Asian background school. Indians, Pakistanis… So, everybody obviously loved cricket.

“We won the nationals, we beat the private schools and we only lost about two games in the four years that we played. We had a very good side. The guys we were playing with at that time, all the county players, we came up against all of them; we beat them. We even played against (England great) Alastair Cook’s school.”

The 34-year-old added that at that time, he was trying his best to be a pace bowler, even appearing for seam bowling trials everywhere.

“It was during my Under-15 days that I switched to spin bowling. I had a bad back bowling seam playing Under-15s for Warwickshire. Then, I just bowled an off spinner in the net and the coach saw and he was like ‘No more seam bowling, you are going to be a spinner from now’. He obviously saw something in my bowling, and he told that I will be a spinner from now on. And that was it,” revealed Moeen.

Moeen said his childhood was tough and at times his father could not afford petrol for the car or even some basic essentials.

“At first, we were not very well off; we did not have a lot of money. My dad had a job, he worked as a psychiatric nurse, which means you have to see people struggle mentally and stuff in the hospital. But at the same time, he had to take me and my brothers for county games, trials and training. He could not afford petrol, he could not afford sometimes, food. It was very difficult. Sometimes all three of us had a game the same day, a county game which was really unfortunate. My dad had to leave his job.

“We had one car, a terrible car between two families and so once the petrol and everything is done, we had just one pound left for the whole day. We had to get bread, sometimes cucumber and sandwich. That is the struggle… And it wasn’t just my dad and uncle. It was my mum and aunt, them getting the clothes ready, making sure everything was on time. It was always a rush kind of thing. Very very difficult times, but the best times,” he said.

But once he got into professional cricket, life changed and Moeen says he still gets goosebumps thinking about the years of struggle.

“Just thinking about it now makes me get goosebumps because you think where you come from and it is a great reminder for myself about my own humble background. I became professional very early and things just got better and better. I am really grateful for today.”

Denial of responsibility! TechiLive.in is an automatic aggregator around the global media. All the content are available free on Internet. We have just arranged it in one platform for educational purpose only. In each content, the hyperlink to the primary source is specified. All trademarks belong to their rightful owners, all materials to their authors. If you are the owner of the content and do not want us to publish your materials on our website, please contact us by email – [email protected]. The content will be deleted within 24 hours.
AliAllRounderbadbowlerenglandEngland cricketforcedgame
Share

This S’porean invested six figures to start her own pet carrier brand, broke even in 5 months

Floyd Mayweather set to return to Japan for another exhibition bout, to face Mikuru Asakura

Best smartphones to buy under ₹40,000 in India right now