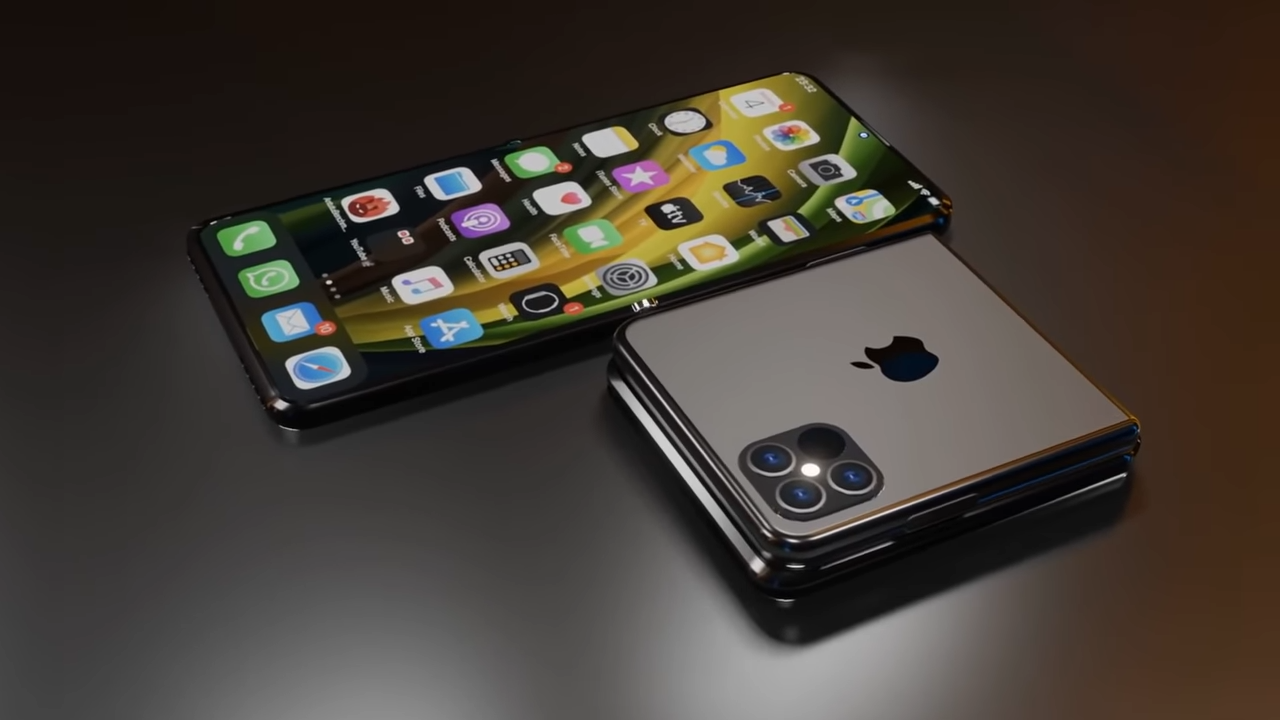 Was evidence just uncovered that shows Apple is building a foldable iPhone?

Apple is already working on foldable iPhone prototypes. At least, that’s what several leaks have claimed over the past few months. The company is supposedly testing several foldable iPhone designs similar to devices from the competition, according to previous rumors. Apple has reportedly developed a dual-screen concept like the Surface Duo from Microsoft as well as true foldable concepts similar to Samsung’s Galaxy Z Fold and the Galaxy Z Flip. It’s unclear what design or designs Apple will end up moving forward with, or even if the company will someday release a foldable iPhone at all. Unlike Samsung and other Android vendors, Apple isn’t expected to launch such a device anytime soon.

The first Samsung foldable commercial design debuted with a few major design issues. The display featured an external layer that looked like a removable protective screen. Users peeled it off and destroyed the sensitive plastic screen underneath. On top of that, the hinge mechanism allowed debris to enter the handset and cause major failures.

Apple fixed these issues, but these types of accidents could explain Apple’s reluctance to rush a foldable iPhone to market. The company is actively studying technology for devices with foldable screens, as shown in the new Folding electronic devices with geared hinges patent awarded to Apple earlier this week. Found by AppleInsider, the patent was filed on April 15th, 2020. It describes hinge technology that would allow the screen to fold and unfold while providing support to the section of the display that sits directly on top of the hinge.

The hinge system uses various gears to move each half of the handset relative to the hinge and to the other half. The gear mechanisms would also move components that support the display region that folds, in order to ensure that the screen is protected.

The hinge mechanism allows each half of the device to move independently of the other, so the device might work in different positions rather than just completely folded or unfolded. When the device is completely unfolded, the surfaces beneath the display would “form a continuous planar support surface” for the screen.

The hinge tech that Apple proposes would also allow control over the speed at which the device is folded and unfolded, thus helping to prevent accidental damage.

The hinge mechanism described in the documentation would work with both internal and external displays, indicating that Apple is considering several different foldable iPhone designs. The hinge mechanism could also be used on other devices, not just smartphones. Apple suggests that versions of the hinge could support foldable device designs we’ve never seen before. “If desired, [the device] may support both inward and outward folding,” Apple says. Current foldable smartphones fold either inwards or outwards.

As is the case with other patents, this documentation does not prove Apple’s intention of ever using these hinge technologies in commercial devices. But it does show that Apple is studying foldable designs and developing ideas to make a product like a foldable iPhone possible.