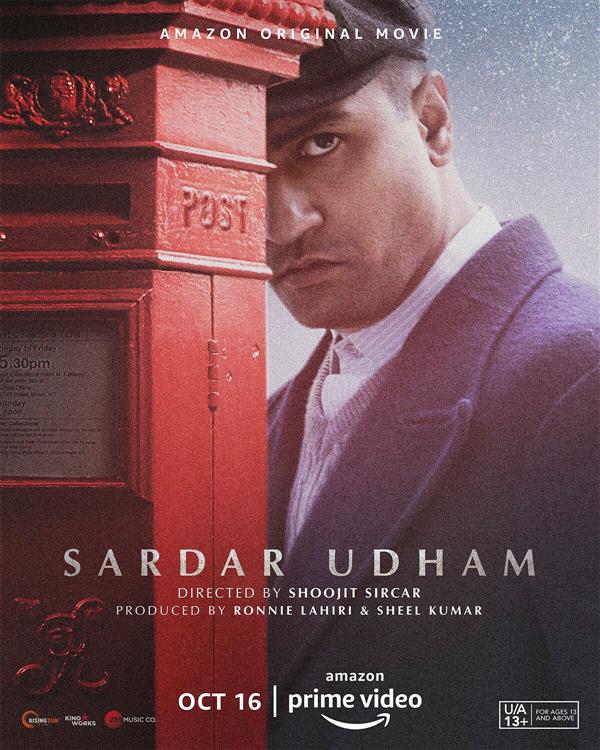 In a special tribute to one of the greatest martyrs in Indian history, Sardar Udham Singh, the makers today launched the trailer of the much-awaited Amazon Original Movie ‘Sardar Udham’. A Shoojit Sircar-directorial and produced by Ronnie Lahiri and Sheel Kumar, in this story of Sardar Udham Singh Vicky Kaushal plays the titular role.

Here’s the official link to the trailer.

The trailer gives a glimpse into the life of Sardar Udham Singh, played by Vicky Kaushal in a never-seen-before avatar. This story showcases undying bravery, fortitude, and fearlessness of an unsung hero, from the deeply buried annals of our history. The film focuses on the undeterred mission of Sardar Udham Singh to avenge the lives of his beloved brethren, who were ruthlessly murdered in the Jallianwala Bagh Massacre of 1919.

“The story of Sardar Udham Singh is one that enthralled and inspired me. It represents the strength, pain, passion, extraordinary courage and sacrifice, and many such values that I have tried to do justice through my character in the film. The role called for a lot of physical, and even more mental preparation to get into Udham Singh’s shoes and bring to life the story of a man whoseheroism and grit stand unmatched,” says Vicky Kaushal.

As the actor shared the trailer on his Instagram, he wrote: “The story of a man unforgotten. The story of a journey unmatched. This is the story of a revolutionary. Trailer out now #SardarUdham.”

Talking about his experience of directing Sardar Udham,  Shoojit Sircar says, “Sardar Udham to me is not just a film, it is a dream come true. It took years of in-depth research to unearth and share with the world the valiant story of a martyr who sacrificed his life to avenge India’s most dreadful tragedy. The true essence of Udham Singh’s patriotism and bravery lives in the hearts of each and every person in Punjab even today. My aim was to make a film that familiarizes the viewers with Udham Singh’s valour and inspires them. This film is my ode to his lionhearted spirit, his fearlessness and sacrifice in the fight for the country’s independence.”

The movie also stars Shaun Scott, Stephen Hogan, Banita Sandhu and Kirsty Averton in pivotal roles and Amol Parashar in a special appearance. It will release worldwide on Dussehra, October 16.

Denial of responsibility! TechiLive.in is an automatic aggregator around the global media. All the content are available free on Internet. We have just arranged it in one platform for educational purpose only. In each content, the hyperlink to the primary source is specified. All trademarks belong to their rightful owners, all materials to their authors. If you are the owner of the content and do not want us to publish your materials on our website, please contact us by email – [email protected]. The content will be deleted within 24 hours.
entertainment newsEntertainment updateKaushalnews updateRevolutionarySardartechi livetrailer
Share

Governesses enjoy a Covid comeback thanks to wealthy locked-down families