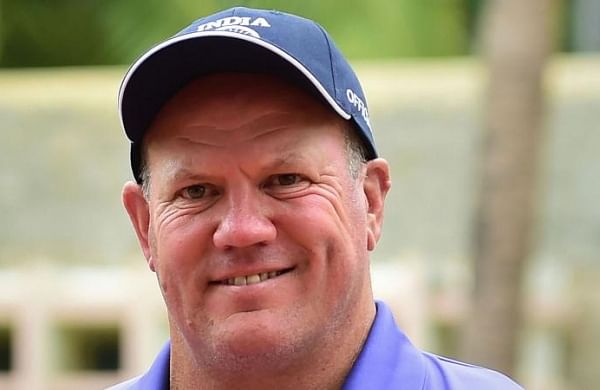 We have habit of not finishing games when we are in control: Indian men’s hockey coach Reid

BHUBANESWAR: The Indian men’s hockey team might have won its FIH Pro League double-header against England but head coach Graham Reid is not completely pleased with its performance, especially the tendency of allowing opponents to come back into the game.

India pulled off wins in both the games against England, winning the first one in the shootout after being locked 3-3 in the regulation time before registering a 4-3 victory in the second on Sunday.

With the twin wins, India climbed to the top of the Pro League table, with 21 points in 10 games so far.

“We seem to have a habit of not finishing those games when we have control of them.

We let the other team get back into it. But I suppose that’s hockey nowadays. In the third quarter, we lost control a bit and we need to look into that,” Reid said.

“The corners went in tonight and we had opportunities to try some variations. It was a really good fight with them and our boys showed a good heart and good spirits. Games like these help in building characters. And it’s always good to come out on top,” the coach added.

India next play against Germany at the same Kalinga Stadium in another two-legged tie on April 14 and 15.

“It’s good to win and reach top of the table, but now we have to prepare for Germany, who are also a very tough team. They will always bring a competitive team. They are a great hockey nation. So, we can look forward to some good games coming up in two weeks,” Reid said.

Harmanpreet, who scored a hat-trick in the second match, said he was happy to have helped in the team’s winning cause.

“My aim has always been to score goals for the benefit of the team. Even if I score one or two goals, or don’t score any, I always look to help the team in any which way I can.

All my goals are memorable for me and are my favourite ones – because I scored them for India,” Harmanpreet said.

“England are a very good team, they did not give up till the last minute. But we also performed well to keep our calm.

“It is also a learning lesson for us that we need to maintain our lead and the pressure in the match so that we can play freely in the final two quarters,” he added.

Captain Amit Rohidas said that the 4-3 win over England on Sunday has given the players a great deal of confidence.

“We have gained a lot of confidence. Everybody in the team is making their contribution and we are showing a great team effort,” Rohidas said.

“I am enjoying leading the team and it has been a great learning experience for me. But, more than that, everyone in the team wants to play for the benefit of the team, and that has been a really good thing to see in the past few games.”

Denial of responsibility! TechiLive.in is an automatic aggregator around the global media. All the content are available free on Internet. We have just arranged it in one platform for educational purpose only. In each content, the hyperlink to the primary source is specified. All trademarks belong to their rightful owners, all materials to their authors. If you are the owner of the content and do not want us to publish your materials on our website, please contact us by email – [email protected]. The content will be deleted within 24 hours.
CoachControlfinishingGamesGraham ReidhabithockeyIndian
Share