Notice: amp_is_available was called incorrectly. `amp_is_available()` (or `amp_is_request()`, formerly `is_amp_endpoint()`) was called too early and so it will not work properly. WordPress is currently doing the `pre_get_posts` hook. Calling this function before the `wp` action means it will not have access to `WP_Query` and the queried object to determine if it is an AMP response, thus neither the `amp_skip_post()` filter nor the AMP enabled toggle will be considered. It appears the theme with slug `publisher` is responsible; please contact the author. Please see Debugging in WordPress for more information. (This message was added in version 2.0.0.) in /home/runcloud/webapps/techilive/wp-includes/functions.php on line 5313
 We won Copa del Rey, cut the gap with Atletico: Barcelona coach Koeman feels unfairly treated but wants to stay - TechiLive.in 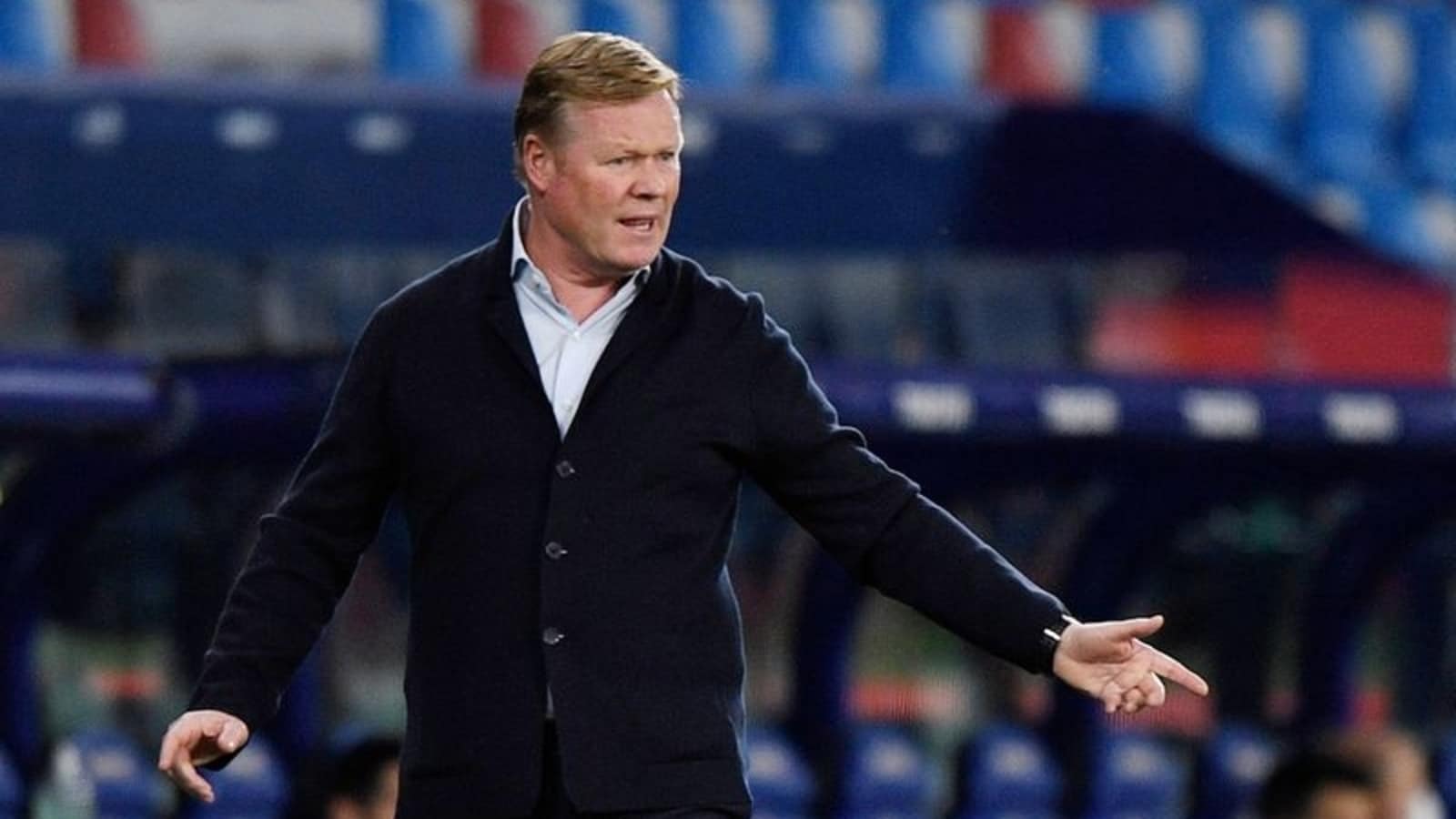 Barcelona coach Ronald Koeman said he has been mistreated by the media after the team’s poor run of results that has all but put them out of contention in the Spanish title race, adding that he wanted to stay in charge next season if the club want him to.

The Catalans practically surrendered their chances of catching La Liga leaders Atletico Madrid after drawing 3-3 at Levante on Tuesday and trail them by four points with two games left.

They have to beat Celta Vigo in their final home game on Sunday but even if they do, their hopes will be ended if Atletico Madrid beat Osasuna.

“We won the Copa del Rey, we cut the gap with Atletico down by 12 points to fight for the title, but then if you look at the press coverage in the last few days it seems as if I’ve done a bad job,” Koeman told a news conference on Saturday.

“It’s not fair that one day everything seemed perfect and two weeks later everything is horrible.”

Koeman has another year left on his Barca contract and said he would discuss his future with club president Joan Laporta later this month.

“We have agreed to talk at the end of the season,” added the Dutchman.

“It’s very important for a coach to work in a club where he has absolute confidence. If that’s the case, I can and I’d like to stay.”

His side took only 14 points from their opening 10 games but staged an impressive turnaround to haul themselves back into the title race.

They won the Copa del Rey in April with an emphatic 4-0 win over Athletic Bilbao, but their season unravelled after they lost 2-1 at home to Granada, blowing their chance to unseat leaders Atletico.

Barca have also had a disappointing season in the Champions League, losing 5-2 to Paris St Germain on aggregate in the last-16.

“I’m very happy with what we’ve done if you consider all the difficulties we’ve had, although we’re still disappointed to not have taken the chances we had to become league leaders,” Koeman added.

Denial of responsibility! TechiLive.in is an automatic aggregator around the global media. All the content are available free on Internet. We have just arranged it in one platform for educational purpose only. In each content, the hyperlink to the primary source is specified. All trademarks belong to their rightful owners, all materials to their authors. If you are the owner of the content and do not want us to publish your materials on our website, please contact us by email – admin@techilive.in. The content will be deleted within 24 hours.
AtleticoAtletico MadridBarcelonaBarcelona coachCoachCopacutDel
0
Share

Call of Duty: Mobile to get Rambo and Die Hard’s John MacClain next week | Digit