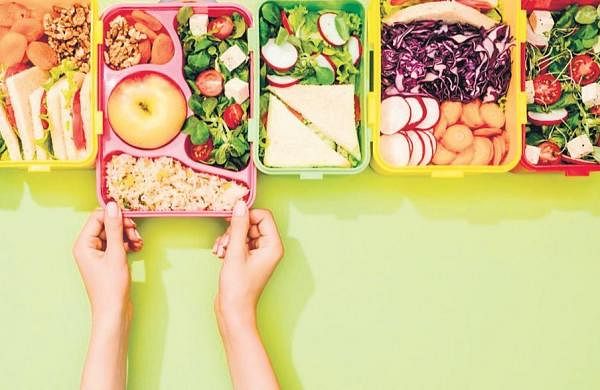 For some, the very mention of a diet is cringeworthy. It conjures up images of starving, unhappy people who are forever counting calories and fretting about that extra gram they’ve put on. However, some diets go beyond weight loss. They focus on building sustainable habits, focus, and mindfulness.

The MIND diet: An amalgamation of the Mediterranean and DASH diets, The Mediterranean-DASH Intervention for Neurodegenerative Delay (MIND) is geared exclusively toward brain health. Besides reducing the chance of dementia, one can expect an improvement in concentration. “Food has a tremendous effect on cognition. Diet plans such as these increase the resistance of neurons to toxic insults caused by food and ensure better focus over time. Because the MIND diet is rich in Omega-3 fatty acids, it supports mental processes and ensures upregulation of genes, while maintaining the function of nerve impulses,” says Delhi-based nutritionist Uma Mehela.

Flexitarian diet: This is a plant-based diet that encourages consuming animal products in moderation. “It fundamentally teaches one to be flexible in their food choices. Even though the people who follow this diet are largely vegetarian, they don’t take a hardened stand against animal products. Vegetarianism or veganism can be difficult to transition to and a fluid diet plan such as Flexitarian helps,” says Mehela.

The DASH diet: An acronym for Dietary Approaches to Stop Hypertension, it is a plan to prevent high blood pressure. It includes foods rich in potassium, magnesium and calcium and limits those high in saturated fat, sugar and sodium. “The diet improves bone strength and is known to delay
or prevent osteoporosis in some,” she says.

The Mayo Clinic diet: This one is an excellent example of a diet that paves the way for building new habits and behaviours. It is one of the few diets that actively encourages exercising. “The basis of
this plan is a pyramid in which consuming a variety of fruits and vegetables, and keeping active is at the core. Carbs come next, followed by protein, fats, and sweets,” says Mehela.

Dr Weil’s Anti-Inflammatory Diet: In this, up to 50 per cent of the calories come from carbs, 30 per cent from fat and about 20 per cent from protein. Inspired by one of the healthiest diets—the Mediterranean diet—this one adds green tea and dark chocolate to the mix. Fresh foods are prioritised, especially those that are anti-inflammatory in nature such as whole grains, squashes, watermelon, tomatoes, spinach, almonds, walnuts, salmon, tuna and more. It limits processed foods that can alter gut bacteria which can in tern prevent the immune system to function properly. “Research shows that time-restrictive eating may further help this dietary plan as certain genes that cause inflammation can be dormant or active at different times of the day,” she says.

Denial of responsibility! TechiLive.in is an automatic aggregator around the global media. All the content are available free on Internet. We have just arranged it in one platform for educational purpose only. In each content, the hyperlink to the primary source is specified. All trademarks belong to their rightful owners, all materials to their authors. If you are the owner of the content and do not want us to publish your materials on our website, please contact us by email – [email protected]. The content will be deleted within 24 hours.
Dr Weil’s Anti-Inflammatory DietFlexitarian dietlifestyle newslifestyle updatenews updatetechi liveThe DASH dietThe Mayo Clinic diet
0
Share

Public education is supposed to prepare an informed…

‘Among The Trolls’ is a fantasy survival game…