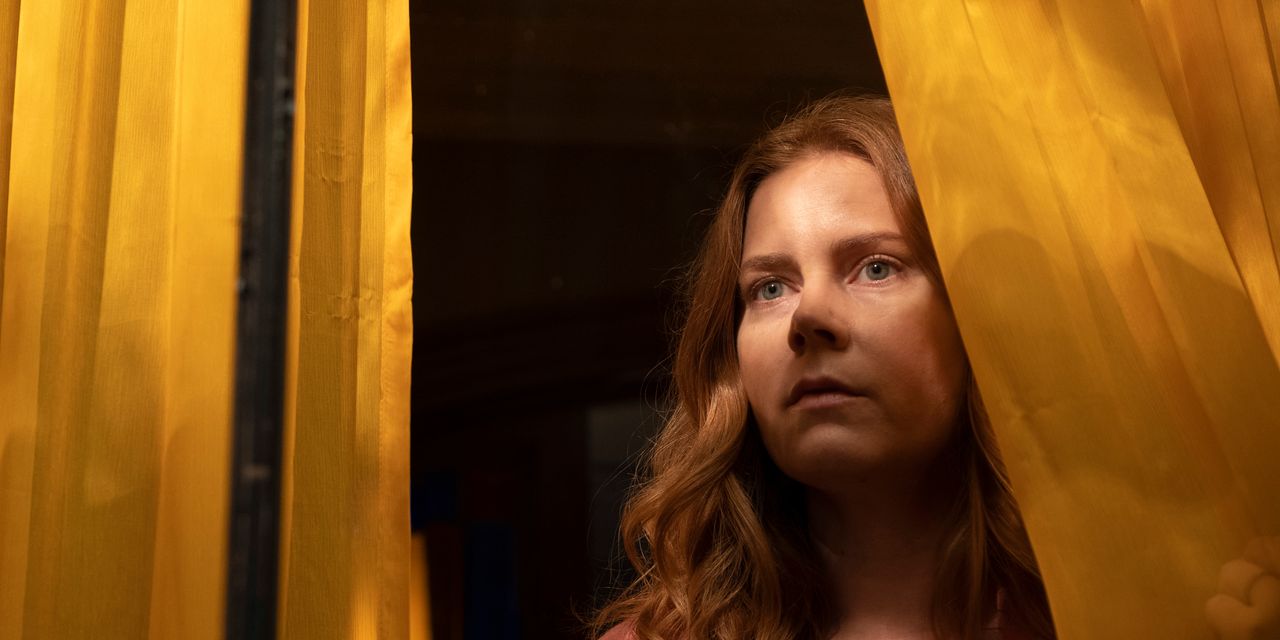 What to Watch: 11 Movies and Series to Stream This Week

There’s no shortage of Hollywood star power in new films streaming this week. “The Woman in the Window” (Friday,

), a thriller about a woman who believes she’s witnessed a murder, stars Amy Adams, Julianne Moore, Gary Oldman and Jennifer Jason Leigh. In “Those Who Wish Me Dead” (Friday, HBO Max), Angelina Jolie plays a forest firefighter who takes in a boy being pursued by assassins.

South African actress Thuso Mbedu plays Cora Randall, the lead character in “The Underground Railroad,” a new series directed by Barry Jenkins and based on the novel by Colson Whitehead. It begins streaming Friday on Prime Video. Here, in remarks edited from an interview, Ms. Mbedu recounts how she found her voice for the role:

“One major thing that shifted my approach to Cora was audio testimonials of formerly enslaved people that Barry [Jenkins] sent me. What fascinated me was how they sounded. When they speak in movies, they have a very fluent English that we can easily understand. But in the tapes, they spoke a very broken English. What really jarred me was that the English that they spoke is an English that certain Black people speak even today in parts of South Africa. And so it drew the character much closer to me than I realized. And it went from being a story about African-Americans to being a story about Africans in America.

I then made a point to go to my dialect coach to help me track what would be Cora’s vocal journey. The voice houses much of our history that we’re unaware of: Your traumas, your life experiences can all be tracked in your voice.

The Cora that we meet in episode one is an enslaved girl who is not only physically enslaved, but also somewhat mentally enslaved. For me, it was like, OK, how do I show this inner turmoil of this woman who hardly ever speaks, because she has no one to speak to? When she opens her mouth, what does that sound like? Contrast that to episode two, when she’s being taught the correct type of English. In episode three, she’s not allowed to speak, because if they get caught, they’ll be lynched. In later episodes, she is forced to tell her story because as long as she runs away from her history, she can’t move forward. What does that do for her vocally? A lot went into putting that together.”

“The Upshaws,” a new sitcom that begins streaming Wednesday on Netflix, stars Mike Epps as a well-intentioned husband, Kim Fields as a long-suffering wife, and Wanda Sykes as her observant sister, armed with one-liners for both of them. Regina Hicks, who co-created the show with Ms. Sykes, says the series was inspired by Mr. Epps’s desire to star in a “real family show” that portrays life inside the home of a family today in Indianapolis, his hometown.

In the Upshaws’s home, the viewer sees Bennie (Mr. Epps) and Regina (Ms. Fields) as parents raising three children of their own, and meets the son that Bennie has with another woman. That Bennie has a child from outside the marriage isn’t treated as something from the couple’s past, but an ongoing source of tension—and comedy—in the relationship.

“People expect that you work through it and you move on and everybody forgets about it,” Ms. Hicks says. “But for something like this, I think you have to kind of continue to talk about it, continue to check yourself, continue to work on it—if you want it to work. The easier path, obviously, is the bail.”

In the last two months, Jean Smart has been seen as William Shatner’s love interest in a romantic comedy (“Senior Moment”) and Kate Winslet’s mother in a crime series (“Mare of Easttown”). This week, the actress who is perhaps still best known for her role on “Designing Women” takes the lead in the HBO Max comedy series, “Hacks.” Here, Ms. Smart’s Deborah Vance is a legendary stand-up comic, a fixture on the Las Vegas Strip and QVC, who begins to feel the proverbial tap on the shoulder.

Paul W. Downs, the show’s co-creator and co-showrunner, says that when casting the show, the goal was finding someone who could pull off pain and loneliness while also playing a comic.

“That list of people who can deliver in comedy and drama in equal measure is kind of short,” he says. “And for us, Jean Smart was really at the top of it.”

To bring some new life to her act, Vance’s manager (played by Mr. Downs) sends her another one of his clients, a young comedy writer recently out of a job, to work up some new material for her. The writer, Ava (Hannah Einbinder), is just as dismayed to be in Vegas as Vance is to have her providing material.

“These two people are really butting heads, they really don’t understand each other,” Mr. Downs says. “Though that butting of heads starts to crack each other open emotionally and they really do, I hope, start to fall in love.”

• More Netflix Sitcoms: The streaming giant is best known for cinematic series like “The Queen’s Gambit,” but it’s been rolling out a steady stream of sitcoms, too. In addition to “The Upshaws,” recent additions include “The Crew,” starring Kevin James as a Nascar crew chief and “Dad Stop Embarrassing Me!” starring Jamie Foxx.

What films or series are you watching that you would recommend to others? Join the conversation below.

Denial of responsibility! TechiLive.in is an automatic aggregator around the global media. All the content are available free on Internet. We have just arranged it in one platform for educational purpose only. In each content, the hyperlink to the primary source is specified. All trademarks belong to their rightful owners, all materials to their authors. If you are the owner of the content and do not want us to publish your materials on our website, please contact us by email – [email protected]. The content will be deleted within 24 hours.
artsArts/EntertainmentC&E Exclusion FiltercelebritiesContent TypesEntertainmentFactiva Filtersgeneral news
0
Share

‘So I raped you.’ Facebook message renews fight for justice