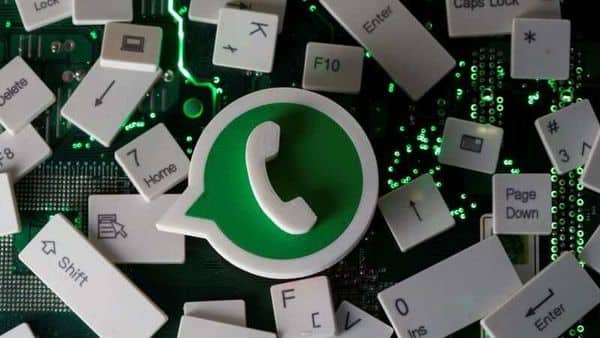 WhatsApp constantly keeps updating its app to provide users with seamless functioning while chatting or even during voice or videos calls. And with that, the Facebook-owned messaging app is back in the news for a fresh round of features for its 2-billion plus users worldwide.

From voice and video call support finally rolling out on WhatsApp Web to being able to mute videos before uploading on chat or stories, WhatsApp released a plethora of features this week.

Here is a lowdown on the latest features of WhatsApp this week in stable or beta releases:

﻿The biggest update this wek from WhatsApp has to be voice and video calling finally coming on its dektop version.

WhatsApp announced end-to-end encrypted voice and video calls for its desktop app version and also shared a link to download the app on your computer. You can enable the new WhatsApp feature by downloading the desktop app from here.

WhatsApp said its nearly five-year-old desktop app for Mac and Windows will only support one-to-one calls for now, but that it will be expanding this feature to include group voice and video calls “in the future.” Read more.

WhatsApp’s ‘Read Receipt’ feature earlier never had the option to disable the ‘blue ticks’ from voice messages sent on individual chats. Despite the read receipts being disabled, the voice notes sent over personal chats do not support the feature of blue ticks tuned off. So, every time you send a voice clip over, you will be able to see its ticks turn blue once the receiver hears it.

However, it now seems to have enabled the option to disable ‘Blue ticks’ visibility for voice messages too, at least for iOS users.

Users can now be able to switch off the read receipts that notify the sender of whether you’ve listened to the audio sent by them or not. To use the new feature a user needs to go to WhatsApp Settings > Account > Privacy. Read more.

This new WhatsApp feature essentially allows you to mute videos before sharing it as your WhatsApp status or sending it to other chats. The feature can be accessed from the video editing screen when one shares a video with another contact. However, it is currently available only on Android.

Users will be able to see a volume icon on the video editing screen to mute the video. It is available along with other video editing options such as trimming, adding text etc. Read more.

WhatsApp is testing a new media footer in the beta version of the Android application.

According to a report by WABetaInfo, a website that tracks new features and updates on the beta version of the application, version 2.21.5.4 shows a redesigned media footer. A media footer can be found on the bottom of page before sending any pictures or videos or any other media. The media button icon has been modified to reflect a new icon. Earlier versions of the application used ‘+’ symbol. The re-designed bar also shows up when a user posts a status on the app. In terms of functionality in the app, there doesn’t seem to be any changes apart from the design of the UI. Read more.

Although it’s been in the news for a long time, WhatsApp is also reportedly working on a multiple device feature. The feature will allow the WhatsApp account holder to access the same account from different devices, without the need to have the primary connected to the internet. Currently, users can only access the services of the platform via WhatsApp Web. However, the primary device needs to stay connected to the internet in order for it to function properly.

Everything You Need to Know About NFTs