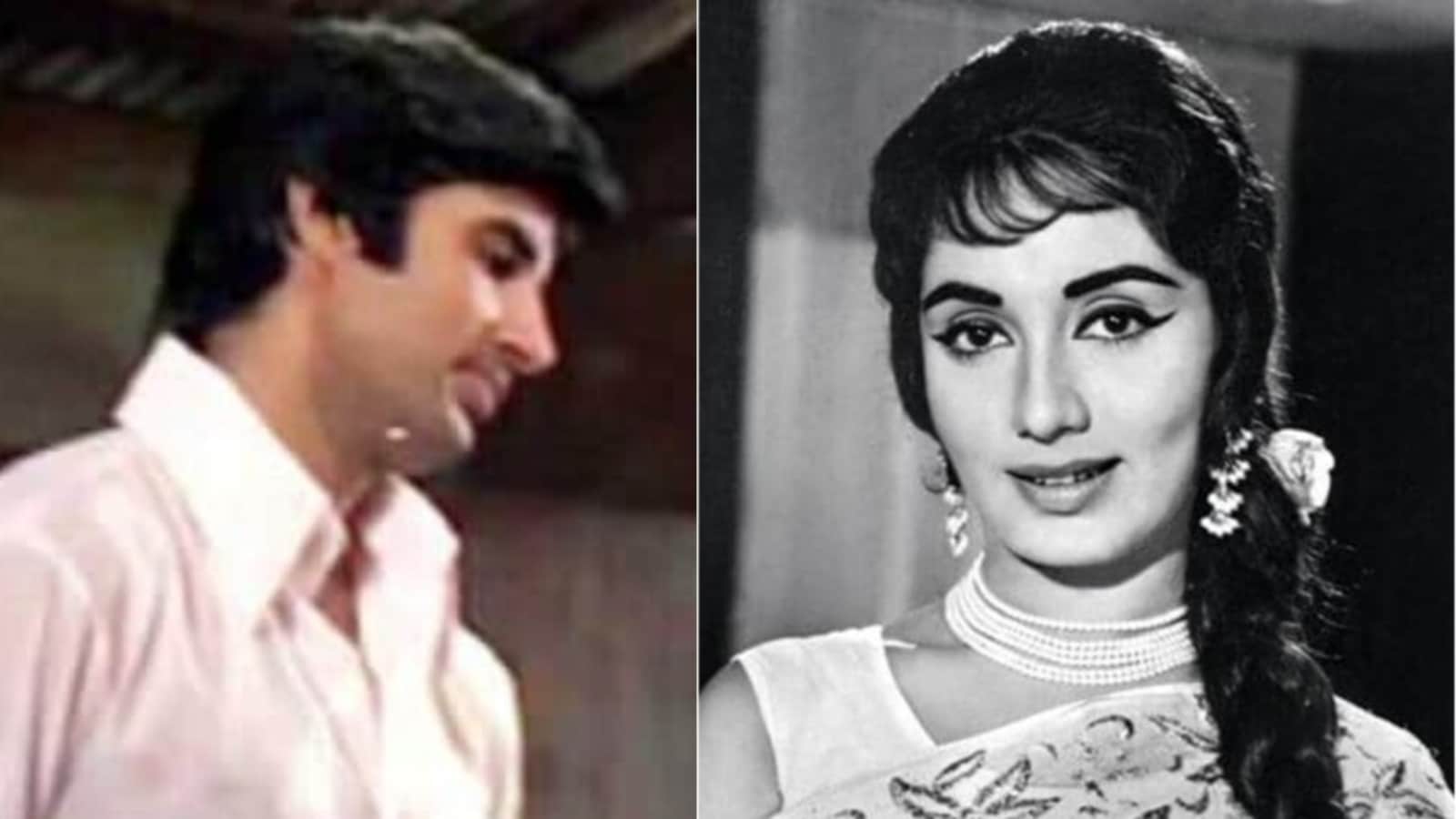 When Amitabh Bachchan found ‘free for all fight’ at Sadhana’s party very disturbing: ‘Food was thrown at each other’

Actor Amitabh Bachchan had once spoken about attending a Mumbai party, hosted by veteran actor Sadhana. The late actors Sunil Dutt and Nargis were also in attendance. In an old interview, Amitabh revealed how he came across ‘a free for all fight’ at the party, where plates and food were thrown at each other. He also added that Sadhana ‘went about her job as though nothing had happened’. Recalling the incident, Amitabh said that he had ‘found that very disturbing’. (Also Read | When Amitabh Bachchan’s punctuality scared Mala Sinha: ‘I’d rush to the studio only to find him waiting outside’)

A few years after the incident, Amitabh and Sunil worked together in Reshma Aur Shera (1971) produced and directed by Sunil. The film also starred Waheeda Rehman, Vinod Khanna, Raakhee, Ranjeet, and Amrish Puri, among others. They featured together nearly a decade later in Shaan (1980), directed by Ramesh Sippy. The movie also starred Shashi Kapoor, Raakhee, Shatrughan Sinha, Kulbhushan Kharbanda, Parveen Babi, Bindiya Goswami, and Johnny Walker, among others.

In an interview, Amitabh had said, “Sunil Dutt saab and Nargisji were the first to host me in Bombay, now Mumbai, when I was officially given a screen test to look at a prospect of entering the movie industry. It was 1968 and it was Mohan Segal, who conducted it while shooting for a film with Manoj Kumarji at Rooptara Studios. I stayed at the Ajanta Hotel, at that time spending ₹1000 of my father’s very hard-earned money, which for him was a month’s earning.”

“After the test, I was taken to meet them at their house and they took me out to a party at Sadhanaji’s place. There I witnessed a free for all fight between a producer and a journalist, plates and food being thrown at each other, unmindful of the hostess who went about her job as though nothing had happened. I found that very disturbing and remember returning to Delhi, where I was living with my parents after having resigned from my job in Kolkata, then Calcutta,” he added.

Meanwhile, Amitabh will next be seen in Ayan Mukherjee’s epic fantasy drama Brahmastra, alongside Ranbir Kapoor and Alia Bhatt. The film is set to hit theatres on September 9. Apart from that, he also has Uunchai in the pipeline alongside Anupam Kher, Boman Irani, Neena Gupta and Parineeti Chopra. Fans will also see Amitabh in Nag Ashwin’s Project K along with Deepika Padukone and Prabhas.

Amitabh recently also announced the return of his popular game show Kaun Banega Crorepati (KBC) 14. He had all the seasons of KBC, since 2000, except for the third season in 2007. It was hosted by actor Shah Rukh Khan.

Denial of responsibility! TechiLive.in is an automatic aggregator around the global media. All the content are available free on Internet. We have just arranged it in one platform for educational purpose only. In each content, the hyperlink to the primary source is specified. All trademarks belong to their rightful owners, all materials to their authors. If you are the owner of the content and do not want us to publish your materials on our website, please contact us by email – [email protected]. The content will be deleted within 24 hours.
Amitabhamitabh bachchanamitabh bachchan NargisAmitabh Bachchan partyAmitabh Bachchan Sadhana partyBachchanDisturbingentertainment news
Share

What Millennial and Gen-Z Workers Are Looking for From…

Why The Subaru SVX Was A Complete Flop