Notice: amp_is_available was called incorrectly. `amp_is_available()` (or `amp_is_request()`, formerly `is_amp_endpoint()`) was called too early and so it will not work properly. WordPress is currently doing the `pre_get_posts` hook. Calling this function before the `wp` action means it will not have access to `WP_Query` and the queried object to determine if it is an AMP response, thus neither the `amp_skip_post()` filter nor the AMP enabled toggle will be considered. It appears the theme with slug `publisher` is responsible; please contact the author. Please see Debugging in WordPress for more information. (This message was added in version 2.0.0.) in /home/runcloud/webapps/techilive/wp-includes/functions.php on line 5313
 When Karan Johar mistook EXO fans cheering for Korean singer Kai in Paris as his fans: 'Not a single person was for me' - TechiLive.in 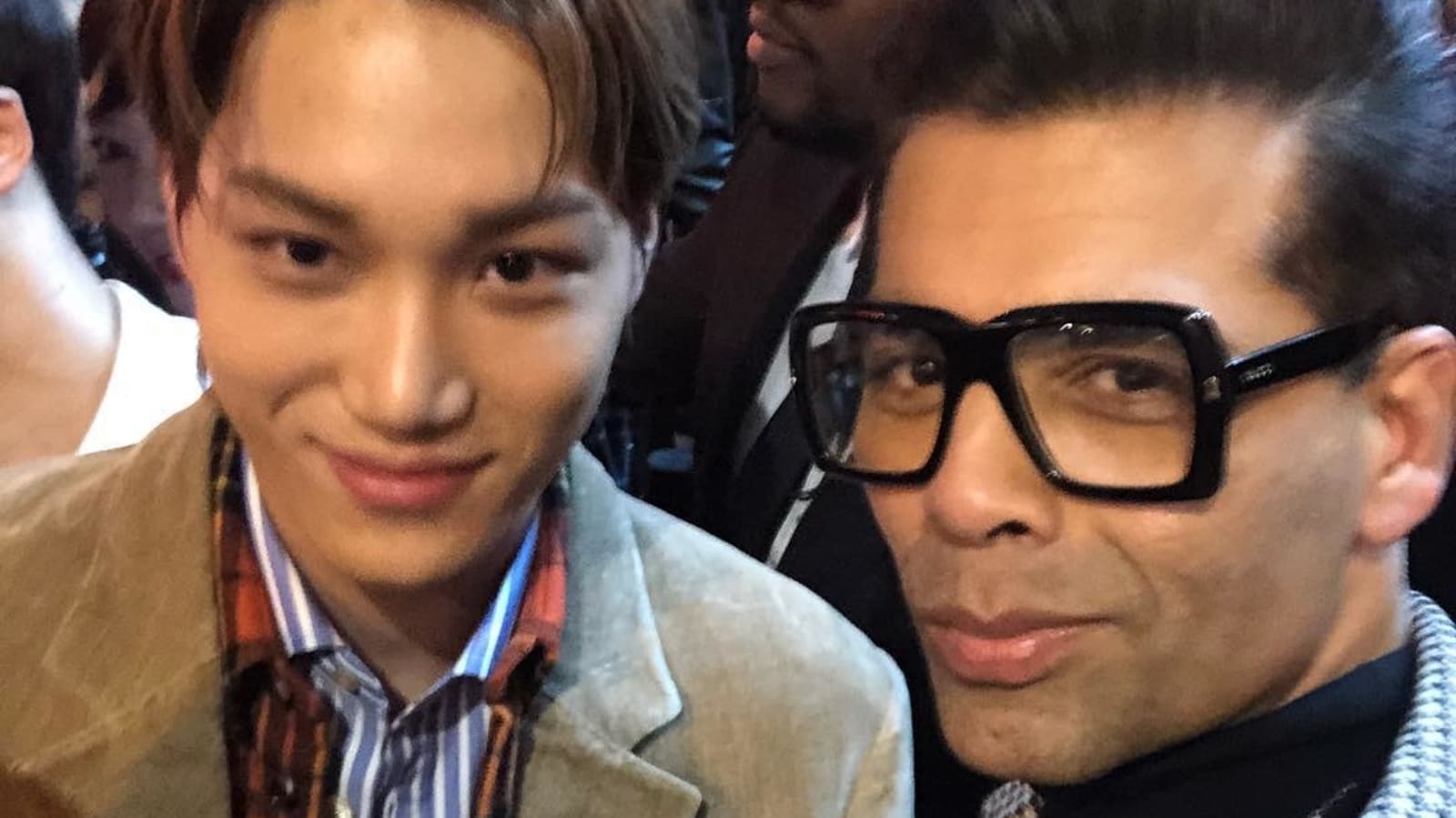 When Karan Johar mistook EXO fans cheering for Korean singer Kai in Paris as his fans: ‘Not a single person was for me’

K-pop fans in India were left screaming when Karan Johar met singer Kai, a member of the South Korean boy band EXO. The filmmaker was in Paris, attending a fashion show in September 2018. Coincidentally, Kai was also at the venue. While the photo received lots of love from fans of the K-pop star, Karan once revealed that he had to track him down after receiving at least 3,000 mentions on his social media.

Karan and his companions began looking for Kai at the show. “We were looking at everybody and I just couldn’t (find him). Then I said, ‘you know I am going to walk outside and he’s not there, let’s leave.’ We’ve gone outside and there were like screaming people. I was like, ‘You know Reshma, there are a lot of people who have seen Kabhi Khushi Kabhie Gham in Paris and that’s why this crowd is screaming.’ She says, ‘Karan this is not for you,'” he explained.

“I’m presuming ye mere liye hai cause I’ve come outside. Of course, not a single person was there for me, they were all there for Kai and he was going crazy,” he recalled. The filmmaker then got cold feet and said he was too shy to approach him. Natasha Poonawalla, who was also present at the venue, encouraged Karan and they reached out to Kai. “I went there, she tapped him, he was very sweet, he said, ‘Yes, yes, I know,’ because he was also sent the same kind of, he had read the same thing on social media. Very sweetly we chatted and he clicked this selfie and that is how this happened,” he shared.

Denial of responsibility! TechiLive.in is an automatic aggregator around the global media. All the content are available free on Internet. We have just arranged it in one platform for educational purpose only. In each content, the hyperlink to the primary source is specified. All trademarks belong to their rightful owners, all materials to their authors. If you are the owner of the content and do not want us to publish your materials on our website, please contact us by email – admin@techilive.in. The content will be deleted within 24 hours.
entertainment newsEntertainment updateEXO fansEXO KaiEXO Kai Karan JoharEXO membersKAi Karan JoharKaran Johar
0
Share

How Much Do You Know About Algeria?

Op-Ed: Step Outside of Your Medical Bubble