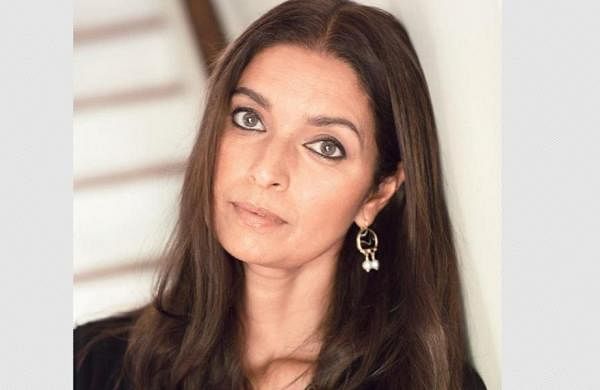 The latest from Pulitzer Prize-winning author Jhumpa Lahiri is the first novel that she has written in Italian and then self-translated into English. I

In this short work of fiction, the reader ventures out with an unnamed narrator – a middle-aged woman who roams alone in an unnamed Italian city over the course of a year. Always having felt in someone’s shadow, the lonely protagonist is constantly journeying.

“I’ve never stayed still, I’ve always been moving, that’s all I’ve ever been doing. Always waiting either to get somewhere or to come back. Or to escape.” Each chapter has her going about her daily meanderings, encountering different places and the people that inhabit them.

Amidst extensive descriptions of various haunts in the city that she calls home – the busy avenues and quiet streets of her neighbourhood, its bookstores, coffee bars, piazzas, museums, parlours and clinics – the reader views the world through her lens, cruising through her innermost thoughts and feelings. “Is there any place we’re not moving through?” she questions.

Urban solitude and loneliness is a recurrent theme that runs through the novel. Isolation is the central character’s trade, and it gives her small pleasures. On the sidewalk, she wonders about the life of a stranger who has died.

At her beloved stationery store, her purchases validate her existence somehow, and make her happy. At her teaching job, she feels exposed around her colleagues with whom she is forced to occupy close quarters.

She visits a trattoria close to her house, frequented by tourists and employees most of whom eat alone. At a pool where she swims, she feels a connection with acquaintances that she regularly sees. “Eight different lives share that water at a time, never intersecting.”

Along the way, the reader also gains deep insights into the leading lady’s soul – disappointments from her past, her relationship with money and what the seasons remind her of.

One learns about her childhood with a few happy memories, a difficult bond with an oppressive mother and a father who died suddenly when she was only 15. At the couch of her therapist, she speaks about her intimate dreams and nightmares.

She reveals faltering memories of her flings with married men, and her complicated equation with a man who she may have shared several years with. Lahiri is the author of four works of fiction: Interpreter of Maladies, The Namesake, Unaccustomed Earth and, most recently, The Lowland – as well as a work of non-fiction, In Other Words.

Besides the Pulitzer, she also won a PEN/Hemingway Award, the Frank O’Connor International Short Story Award, the DSC Prize for South Asian Literature and a Guggenheim Fellowship. She was inducted into the American Academy of Arts and Letters in 2012.

Her lyrical prose draws up vivid imagery throughout the book. For instance, she observes a routine mute spectacle – shadows of pedestrians crossing a bridge, whose vapourous shapes she compares to inmates who proceed silently, towards a dreadful end.

With concise chapters, the narrative moves swiftly along. At its heart, this is a story about how each place is connected with memories of different people, and how diverse experiences shape our lives and sensibilities. It’s probably the reason why the book’s anonymous nature adds to its universality – since facets of it could very well relate to anybody’s reality.

Denial of responsibility! TechiLive.in is an automatic aggregator around the global media. All the content are available free on Internet. We have just arranged it in one platform for educational purpose only. In each content, the hyperlink to the primary source is specified. All trademarks belong to their rightful owners, all materials to their authors. If you are the owner of the content and do not want us to publish your materials on our website, please contact us by email – [email protected]. The content will be deleted within 24 hours.
Loading...
bookJhumpa Lahirilifestyle newslifestyle updatenews updatereaperreviewsolitary
0
Share