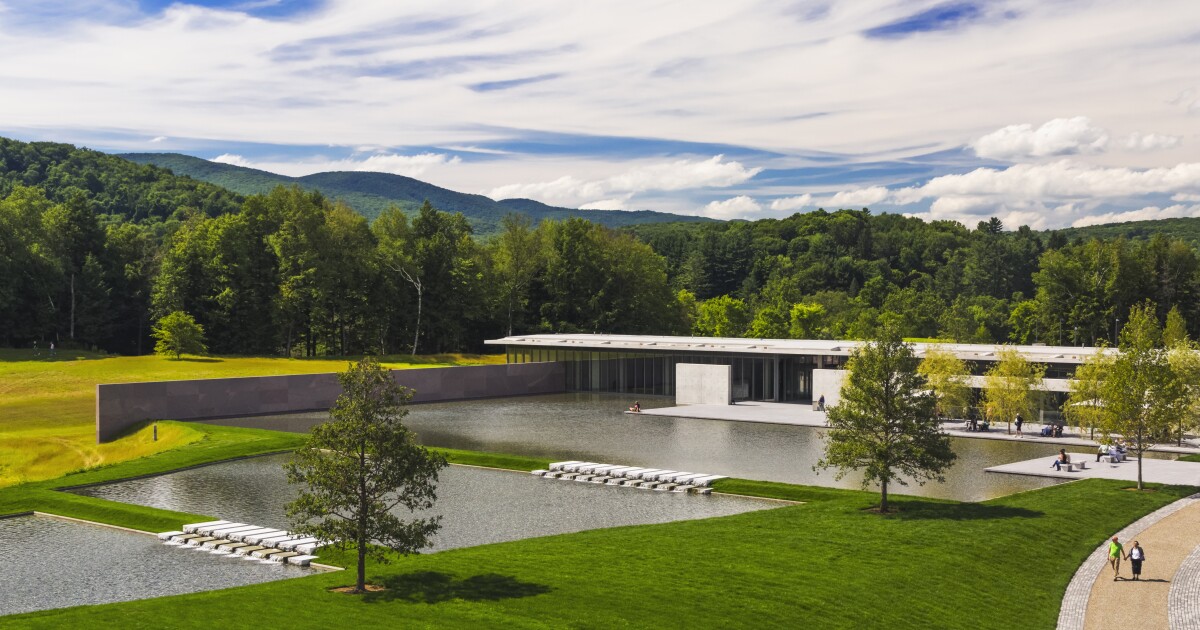 Why a Williamstown Theater Festival crew walked off the job

The musical “Row” recounts how Tori Murden McClure became the first woman to row solo across the Atlantic. Because numerous scenes take place in the ocean, the world-premiere production is being staged at the Clark Art Institute’s reflecting pool, a picturesque Massachusetts setting that both evokes the story and meets the COVID-19 guidelines of Williamstown Theatre Festival’s outdoor season. The show, from composer-lyricist Dawn Landes and book writer Daniel Goldstein, “exposes you to the elements endured by an extraordinary woman undeterred by the odds,” its program reads.

Theater companies staging shows outdoors for the first time is one thing; doing so in nontraditional performance spaces is another. What took place at Williamstown is a case study for all theaters pushing ahead with productions in unconventional settings due to the ongoing pandemic. Aside from what the actors are doing on these pop-up stages, tech crews also are working amid heat and rain to make these productions possible.

Directed by Tyne Rafaeli, this unique production of “Row” required the installation of wooden platforms in a section of the three-tiered pool, which spans an acre and holds 2,000 gallons of collected storm water. The orchestral pit is split: One foley artist is positioned on this stage, with the rest of the musicians performing remotely from inside the museum. (They must be heard over the area’s population of frogs that croak loudly each evening.)

Additionally, the Berkshires has gotten a notable amount of rain this summer — an issue that the festival, usually held indoors, has not had to consider previously. (Audiences are advised that performances will go on amid light rain, and the festival suggests bringing a rain poncho because umbrellas cannot be opened during the performance.)

Electrical setups had to be redone in order to be weather-safe; entire days of tech were canceled by thunderstorms. During lighter drizzles, the sound crew pushed through each rehearsal’s two-hour setup and two-hour breakdown — a requirement of the museum.

“We’re talking about half a million dollars of audio equipment that you generally don’t want out in the rain,” said one member of the sound department who declined to be identified out of fear of retaliation by the festival. “But as long as there was no lightning, we were just expected to continue to work.”

Whenever rehearsals were paused for intermittent, heavier rain, the cast of actors working under Equity union rules stayed dry under tents or in the museum’s auditorium. But others weren’t so lucky.

“So where does the crew go if we’re holding for rain? And the answer I got was, ‘Yeah, we didn’t really think about it,’” recalled the team member, who sought shelter in the museum’s vestibule. “It was a lack of caring about the well-being of the crew, who are the people who actually make the shows happen.”

By July 14, the day of the first public performance, the cast and crew had yet to run through the entire show in tech. The rain was particularly notable that day, so the production manager announced that the tech session was being paused for 30 to 45 minutes, after which the bad weather was forecast to clear. The actors went inside, and the crew quickly covered the equipment and headed inside the museum to wait it out.

“At one point, I asked if I could run and change into some dry clothing, and was told no, because we had to wait around,” said sound crew member Mary Fator. “It’s like, hey, I’m asking for the bare minimum.”

Minutes later, both sound department team members said, festival Artistic Director Mandy Greenfield approached crew members and said they were cleared to resume working. “The thunder was beyond the 5-mile radius so that they thought it was safe enough for us to go back to work, even though it was still pouring rain,” Fator recalled. “But they were getting stressed about time, so we got back to work.”

The rain started pouring even harder, and the crew — already working 13-hour days, earning a relatively low wage without overtime and paying for festival housing — hit a tipping point. With the full solidarity of the present creative team, the entire sound crew walked out.

Greenfield attempted to talk with team members as they left, the team member said, and then called a meeting with those who were still there. “She gave this whole speech where she broke down crying and said, ‘The crew, they’re just so tired. I made this mistake. And I really wish that we could come together as a group. We’re gonna have to cancel rehearsal and we’ll get through this,’” recalled the team member. “I could not tell you if it was genuine or not.”

The next morning, the sound crew met with Greenfield and the festival’s leadership team and secured modest increases in pay, safer working conditions and a more reasonable work schedule: an eight-hour turnaround between shifts and a 10-hour cap on the number of hours before overtime pay kicked in.

The festival released an announcement that said the July 14 performance was canceled “as a result of continued inclement weather during the process leading up to the scheduled performance,” not as a result of a work stoppage.

“Row,” which was initially programmed for the festival’s 2020 season and is scheduled to run through Aug. 15, had its first public performance on July 16 but hasn’t played since because of rain. Still, Greenfield told The Times she is “incredibly grateful to the entire production team at the Williamstown Theatre Festival for speaking up and speaking out.

“The biblical proportions of rain which have plagued Williamstown this summer has made an already new outdoor season more profoundly challenging,” she added. “The production teams, the extraordinary people who make this work, were really vocal about what they needed, and we took immediate corrective actions so that we could keep everyone safe emotionally, physically. Their well-being and their safety is of utmost importance to us.”

Members of the sound department disagree.

“This is a Band-Aid on the bigger problem that is the way this festival treats its workers, and especially how it abuses the youngest and most vulnerable theater workers who are just entering the industry, and don’t know that they can and should stand up for themselves,” one team member said.

Fator added: “I was really just using this job to dip my toes back into the water after the pandemic, and I think they were relying on a lot of people to be doing the same.

“But young people are realizing that there’s strength in numbers. And I don’t think theaters are going to get away with exploiting college students or young professionals anymore.”

Denial of responsibility! TechiLive.in is an automatic aggregator around the global media. All the content are available free on Internet. We have just arranged it in one platform for educational purpose only. In each content, the hyperlink to the primary source is specified. All trademarks belong to their rightful owners, all materials to their authors. If you are the owner of the content and do not want us to publish your materials on our website, please contact us by email – [email protected]. The content will be deleted within 24 hours.
Loading...
crewentertainment newsEntertainment updateFestivalJobnews updatetechi livetheater
0
Share