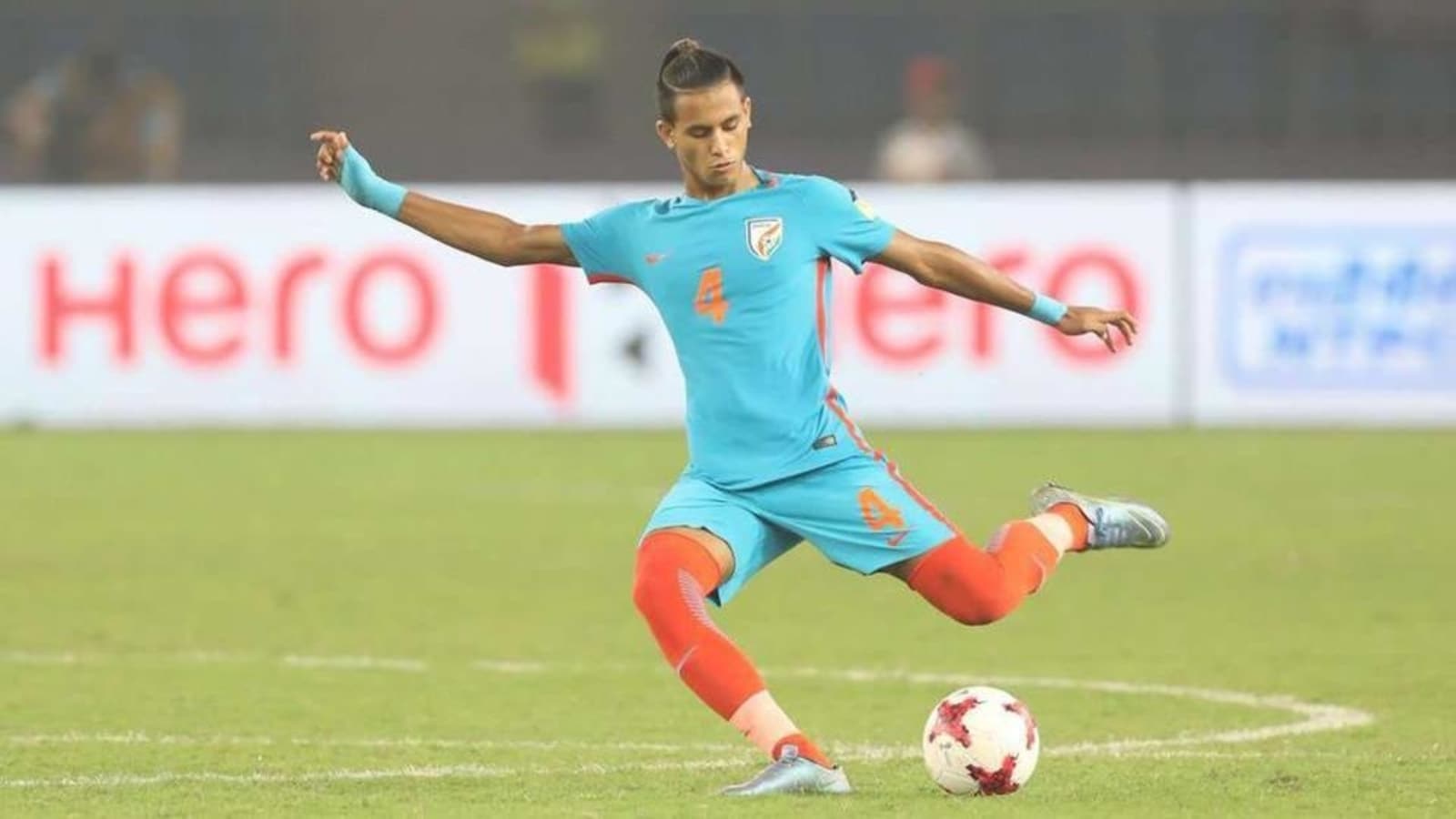 Not long after Inter Milan said they would allow Christian Eriksen to leave, FC Goa showed interest in Anwar Ali.

Linking Ali, a promising 21-year-old ball playing central defender from Punjab, and Eriksen, said to be Denmark’s greatest player, are well-documented heart problems. They forbid Eriksen from playing in Italy but allows Ali to do exactly that so long as he submits an affidavit that essentially says he is taking precautions and would hold no one responsible should anything happen because of a congenital condition.

Eriksen had collapsed during the Denmark-Finland Euro 2020 game. He required emergency CPR on the field and the Denmark team doctor was quoted as saying that “he was gone” and that “we got him back after one defibrillator”. Quick thinking by Denmark captain Simon Kjaer, who stopped Eriksen from swallowing his tongue, too helped prevent the cardiac arrest from being fatal.

Ali hasn’t had any incident but was diagnosed with Hypertrophic Cardiomyopathy or HCM at a medical at Mumbai City FC in 2019. It is a condition that can worsen with intense physical activity and affect the heart’s ability to pump blood. Medical opinion in Mumbai, Rennes in France, where Ali was sent, from an Asian Football Confederation official and All India Football Federation (AIFF), was unanimous that it was too much of a risk to let Ali be a professional footballer. And the India under-17 World Cup player’s career looked set to end even before it could begin.

Ali decided to fight back, moving the Delhi High Court saying he was being denied the right to make a living. The former India under-15 and India under-19 player also sought the counsel of Dr Sanjay Sharma, a leading cardiologist who heads the expert consensus panel of the English FA. Sharma green-lit Ali’s return to football because he is asymptomatic, has no family history of “sudden death from hypertrophic cardiomyopathy” and other obvious risk factors. Ali would have been allowed to play in England, he told AIFF.

Can footballers play with heart conditions?

On matters of the heart, different countries have different rules. Ali wouldn’t have been allowed to play in Italy where in 2014 Manuel Almunia was diagnosed with a similar condition at Cagliari leading to the former Arsenal goalie suddenly deciding to retire at 37. Eriksen now has an ICD (Implantable Cardioverter Defibrillator), a tiny battery operated device that regulates heartbeat. So does Dutch defender Daley Blind. But while Blind is allowed to play for Ajax and Netherlands, Eriksen is barred from playing in Italy.

And before the AIFF put medical protocols in place, Dipendu Biswas was diagnosed with a heart condition but that didn’t prevent the 1996 Tata Football Aacdemy cadet from having a long club career where he scored nearly 250 goals.

So when AIFF okayed Ali’s return to football under medical supervision last August it wasn’t really a radical call. It was a birthday gift, said his father Razaak Ali. With Delhi FC, Ali played in the Durand Cup, the Delhi league and the I-League qualifiers this year. FC Goa liked what they saw and wanted to see some more. So earlier this month, Ali reached Goa to train with them.

“Once we got to know that the AIFF has cleared him, it felt prudent to give the boy a chance,” said Ravi Puskur, FC Goa’s director of football.

Over a crackling phone line from Goa, Puskur admitted it would be a lot of work. Precautions would include additional defibrillators at training—club licensing requirements mandate having one at all times—and getting more in the staff to learn to use them and CPR, he said. Puskur said the management had to seek the owner’s approval and that of their medical team before deciding to check Ali out.

Puskur is hoping the end would justify the means because “he is that kind of player.” Bearing him out is a YouTube video of Ali wrapping his right boot on a direct free-kick in the 2-1 win in an U-20 match against Argentina in 2018. Mumbai City FC were ready to pay ₹30 lakh for Ali in 2019 even though he hadn’t played a senior game. Should he bed in over the next two months, FC Goa would want him on loan, said Puskur.

Puskur’s conviction notwithstanding, this could seem bizarre. After all, the list of footballers with heart problems while playing or training is long. India had reacted with shock when Cristiano Junior died in the 2004 Federation Cup final in Bengaluru. Dempo could never focus on the tournament thereafter, Armando Colaco, the team’s coach for 13 years, says. Anwar Ali, no relation to this player, had a heart attack after a training session with East Bengal in 2017. So why risk it, even if it is for a generational talent?

One reason could be that the football world has come a long way from when Junior, Marc Vivien-Foe, Miklos Feher, Antonio Puerta or even Fabrice Muamba collapsed on the pitch. For every AIFF approved game, two ambulances, sometimes three, with ALS (Advanced Life Support) equipment are a must. Since 2015, on-ground defibrillators are mandatory as is a separate medical team headed by a doctor. ISL games have a medical room staffed by 22 qualified staff. And all clubs must have a tie-up with a full-fledged hospital nearby.

It is pretty much accepted that Eriksen benefitted from prompt medical intervention at Copenhagen’s Parken Stadium and because the hospital was a four-minute drive. Doctors say the chance of surviving a heart attack when not in hospital drops 10% every minute if a defibrillator is not available. Therefore, given the number of trained personnel around, chances of surviving a heart attack would be considerably higher on a football ground.

FC Goa are banking on that. At some point, Puskur said, they could even use Ali to spread awareness about heart problems and teach CPR. For an Indian club, that would be a unique giving back to the fans.

Denial of responsibility! TechiLive.in is an automatic aggregator around the global media. All the content are available free on Internet. We have just arranged it in one platform for educational purpose only. In each content, the hyperlink to the primary source is specified. All trademarks belong to their rightful owners, all materials to their authors. If you are the owner of the content and do not want us to publish your materials on our website, please contact us by email – [email protected]. The content will be deleted within 24 hours.
AliAnwarAnwar AliChristian EriksenConditionFC GoaGoaHeart
Share