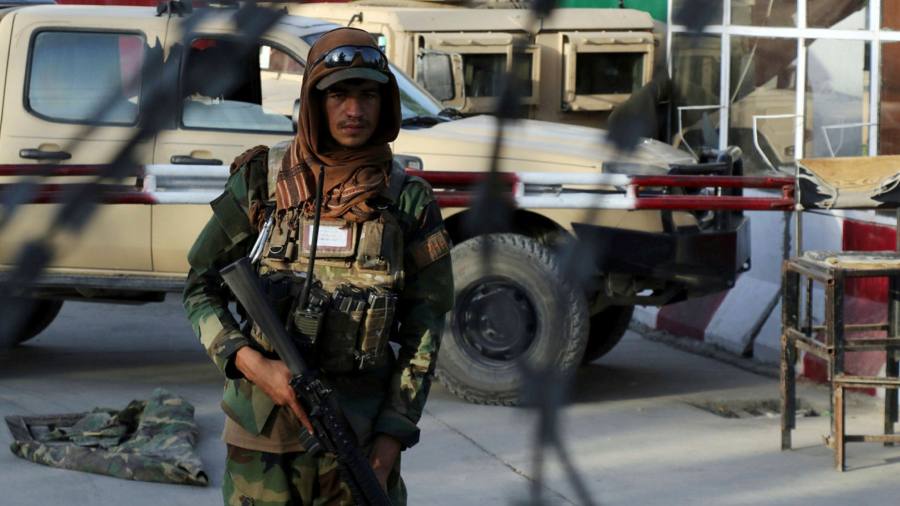 Why France was more clear-eyed about Afghanistan than the US

Sign up to myFT Daily Digest to be the first to know about Afghanistan news.

In May — three months before the fall of Kabul to the Taliban — France began evacuating Afghans working for its embassy and other French organisations, along with their families.

Officials said 623 people were flown to France in the weeks before the Afghan army collapsed and the Islamist militant group seized power. These evacuations came in addition to the 800 Afghans and relatives who had worked with the French armed forces and had already been moved after Paris ended military operations in Afghanistan in 2014. France also repeatedly told its citizens to leave.

At the time, the French decision prompted remonstrations from NGOs and from some of France’s European allies. They were concerned about this apparent abandonment of Afghanistan and accused the French of being unduly pessimistic about the security impact of President Joe Biden’s announcement of a full US military withdrawal by September.

France’s foresight about the imminent collapse of Kabul has contrasted with the lack of US preparedness and triggered speculation that French spies knew something the Americans did not.

I want to pay homage to our analysts, because we had the same information as everybody else

But senior officials in Paris and independent analysts say they shared the same intelligence and the difference was in its assessment. When the French were able to take a more dispassionate view and draw the obvious conclusions about the consequences of the US withdrawal, the Americans were blinded by their long association with the Afghan armed forces, their $1tn-plus investment in the country, and by the cumbersome nature of their own intelligence systems.

“I want to pay homage to our analysts, because we had the same information as everybody else,” said one senior French official. “It was really the analysis that was different, in the sense that once the Americans decided to leave, we envisaged the worst scenario.”

Jean-Marie Guéhenno, a peacekeeping expert who heads a programme on conflict resolution at Columbia University in New York, said: “I think when you are more distanced from day-to-day events you are sometimes more objective. The Americans were really in the thick of it with the Afghan forces.”

The biggest intelligence failing, according to Myriam Benraad, international relations professor at Schiller International University, was not underestimating the Taliban but the “wishful thinking” in overestimating the strength, coherence and loyalty of the Afghan army on which Biden relied to hold Afghan cities while US forces withdrew.

“I’m not buying into the ‘spectacular final assault’ of the Taliban in Afghanistan,” she said. “We had this completely distorted view of the Afghan army maintaining control over territory . . . when they had been deserting to the Taliban”.

The Afghan army, she said, “was not giving out the right information about the Afghan forces” and the Americans “wanted to believe them after investing so much . . . We have seen this elsewhere.”

One lesson of past US failures, whether in Afghanistan, Iran, Iraq or elsewhere, is indeed that more intelligence capabilities do not necessarily mean better intelligence. François Heisbourg, special adviser to the Fondation pour la Recherche Stratégique, said his perverse law of US shortcomings was that “the greater the intelligence investment in the Middle East, the greater the failure”.

France is not always ahead of the pack when it comes to intelligence analysis, and has struggled to come to terms with the failure of its own interminable war against Islamists being waged in the Sahel region south of the Sahara — a conflict often labelled “France’s Afghanistan” to the chagrin of President Emmanuel Macron’s advisers.

And in Afghanistan even the relatively insightful French were caught out by the suddenness of the final Taliban takeover of Kabul in mid-August.

Like other countries such as Germany and India, France relied on US military control of the city’s airport as it extricated a further 3,000 French citizens and vulnerable Afghan contacts by the time ambassador David Martinon and the last French special forces soldiers arrived back in France on Sunday. When it came to the final advance on Kabul, “I don’t think they anticipated it,” said Benraad.

Loading...
Denial of responsibility! TechiLive.in is an automatic aggregator around the global media. All the content are available free on Internet. We have just arranged it in one platform for educational purpose only. In each content, the hyperlink to the primary source is specified. All trademarks belong to their rightful owners, all materials to their authors. If you are the owner of the content and do not want us to publish your materials on our website, please contact us by email – [email protected]. The content will be deleted within 24 hours.
afghanistancleareyedEducation newsEducation updateFrancenews updatetechi live
Share

Former All Blacks skipper urges Australian sides to step up