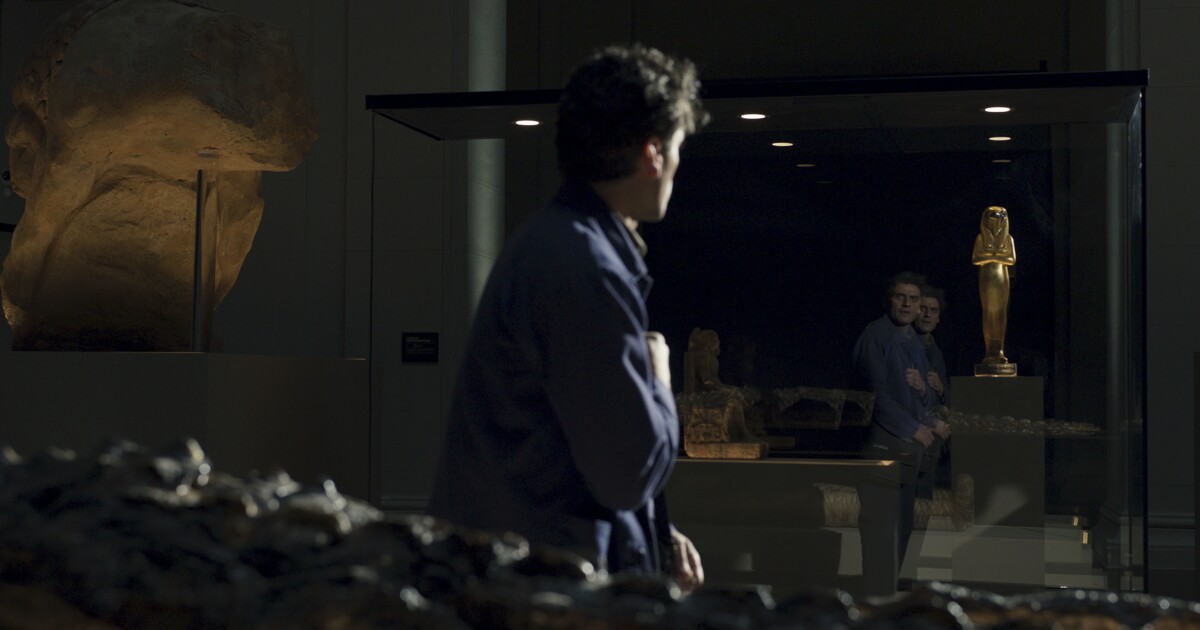 “Are you an Egyptian superhero?” asked an astonished young woman in Arabic after a mysterious crusader saves her life in the finale of Marvel’s “Moon Knight.”

“I am,” answers the striking female figure, her golden wings glinting like knife blades as she relaunches herself into an epic battle with the ancient Egyptian goddess Ammit on the bustling streets of Cairo.

And with that, Disney’s six-part streaming series, culled from the lore around a relatively obscure comic book figure, revealed its special power: native intelligence. “Moon Knight” breaks tradition by making Egyptians and their history central to the story, replacing Western narratives about a strange and magical land defined by spooky rituals and timeless myths.

There’s nothing wrong with Indiana Jones’ “discovery” of lost arks or hidden tombs, or the five billion other pyramids-and-papyrus-scroll tales sold in books, films and television. “Moon Knight” is simply a refreshing twist on those mummified tropes. Egypt is built into the DNA of the show’s mythical figures and its mortal characters, good and bad. It’s also represented on both sides of the camera. Archaeologist-adventurer Layla El-Faouly, and the actress who portrays her, May Calamawy, are Egyptian. So is series director Mohamed Diab. The soundtrack is loaded with Middle Eastern music by Arab and North African artists. And the Arabic spoken is actually Arabic, not Hollywood filler. (The series can’t say the same of its Mandarin, disappointingly.)

All of that kept me invested in a story that was otherwise confusing. It was about, well — don’t worry. I won’t drop any “Moon Knight” spoilers, mostly because I have no idea what actually happened over those six hours, though I watched the series thoroughly, twice. It was one of Marvel’s more insider-type narratives, made for Those Who Know. I’m more of a casual tourist in their superhero world, a passerby who was sucked into “WandaVision” for its clever ode to the history of television rather than its Avenger’s backstory. An embarrassing amateur who still doesn’t understand the lure of “Loki” but repeatedly demanded to know why the character (played by Tom Hiddleston) flipped his hair far more than “Black Widow.” My teen son stopped watching with me the third time I asked.

At the risk of sounding like more of an idiot than I already do, here’s what I think the series is about in a nutshell: Steven Grant (played by the impressive Oscar Issac), an unassuming gift-shop clerk at London’s Natural History Museum, is plagued by dreams of a parallel life. He’s soon diagnosed with dissociative identity disorder, though it may be that he truly does share a body with look-alike mercenary Marc Spector, a.k.a. Moon Knight (also played by Isaac). Spector serves the Moon God, Khonshu, and his superhero form is a figure that appears to be wrapped in gleaming white Ace bandages, with a wicked-cool cape borrowed from David Bowie during his Ziggy Stardust period as his main accessory.

The dual avatars move between the U.K., Egypt and an asylum while fighting to preserve free will for humankind. Ethan Hawke plays evil zealot Arthur Harrow. He’s in search of a golden scarab, has a tattoo of scales on his arm that moves and desperately needs a hair cut. Smart and skilled fighter Layla, who has fabulous hair, meets up with Steven and Marc (her spouse) to align with a number of powerful, ancient Egyptian deities and battle a number of others. Some have hippo heads. Some resemble crocodiles. All are the stuff of nightmares.

I’m praying to those goddesses and gods that “Moon Knight” creator Jeremy Slater is not reading my sad-sack interpretation of his carefully constructed Marvel Studios series. Because it may well be me. I’m not the right demographic. I get my Avenger films mixed up. I have the attention span of a — what was I saying?

But maybe it’s not. The power of “WandaVision,” the first and still the most impactful of the Marvel/Disney+ offerings, was its crossover potential, enrapturing those raised on the classic sitcoms it alluded to with each new episode, while pulling in others in to connect the Marvel Cinematic Universe dots. Since then, though, the TV franchise has become more and more obscure to those of us who still think of “Easter eggs” as chocolate candies laid by a clucking Cadbury bunny, and its lost its punch at the virtual watercooler in the process.

Yes, chaos is built into “Moon Knight’s” plot: Steven is never sure what’s real and what’s a psychotic slip, so viewers like me are also left wondering. It’s madness, literally. Confusion is part of the game. The tortured plotting has most certainly repelled folks who aren’t versed in the MCU and don’t have the bandwidth to enter a hall of mirrors with no exit in sight, but I had other reasons for sticking around. In its packed Cairo streets, the haunted desert of Giza and Egypt’s homegrown superheroes and gods, “Moon Knight” displays a superhero’s careful eye, depicting a place that American TV too often glosses badly. But with each new series, Marvel seems increasingly focused on its deeply dedicated fan base, leaving the rest of us out in the dunes, waiting for saviors Wanda and Vision.

Denial of responsibility! TechiLive.in is an automatic aggregator around the global media. All the content are available free on Internet. We have just arranged it in one platform for educational purpose only. In each content, the hyperlink to the primary source is specified. All trademarks belong to their rightful owners, all materials to their authors. If you are the owner of the content and do not want us to publish your materials on our website, please contact us by email – [email protected]. The content will be deleted within 24 hours.
Catchentertainment newsEntertainment updatefailedfireFreshKnightmoon
Share