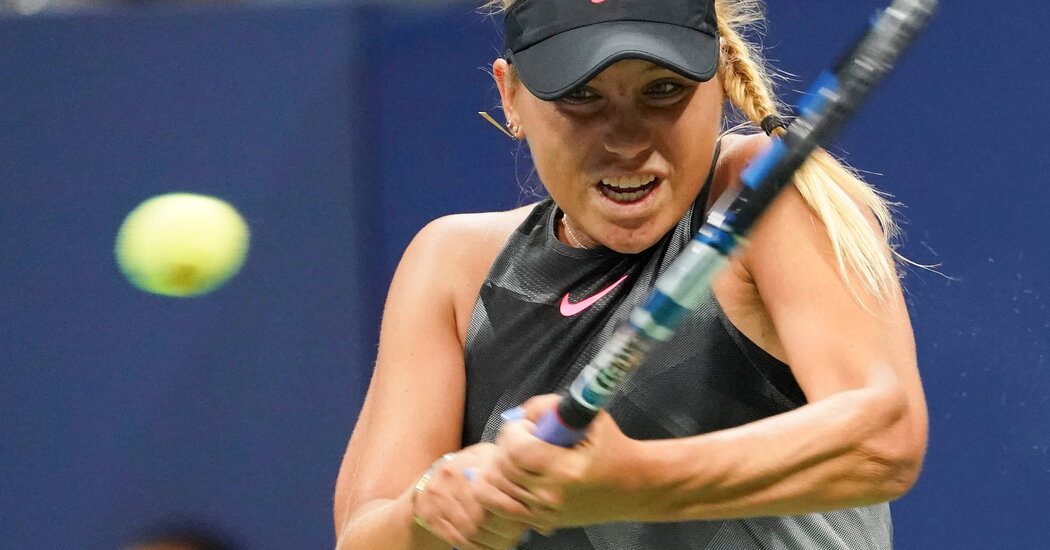 Why So Many Tennis Players Don’t Want the Covid Vaccine

When the United States Tennis Association announced on Friday that proof of coronavirus vaccination would be required for all spectators 12 and older to enter the grounds of the Billie Jean King National Tennis Center, it widened a gulf between the spectators and the players they’ll be watching at the U.S. Open.

Adults in the stands will now be roughly twice as likely to be vaccinated as the players on court: The WTA said “nearly 50 percent” of its players were vaccinated, while the ATP said its vaccination rates were “just above 50 percent.”

Despite the possible consequences of not being vaccinated — illness, of course, but also the inability to play and make money — tennis players have been stubbornly slow on the uptake, even as many have lost opportunities to play in major tournaments because of positive tests. While some players are openly skeptical of the need for a vaccine as a healthy young person, some simply haven’t prioritized it.

The French veteran Gilles Simon, who was disqualified from the U.S. Open on Friday for “medical reasons,” confirmed in an interview with L’Equipe that he was removed because he hadn’t been vaccinated. Simon’s coach, Etienne Laforgue, tested positive for the coronavirus after arriving in New York, and Simon was disqualified because he was deemed a “close contact.”

“I was not against it to the point of never being vaccinated, I’m just saying I didn’t feel the need or the urge,” Simon told L’Equipe.

Simon would have remained eligible to compete in the tournament, with increased testing, if he had been vaccinated.

“I’m not very scared of Covid, actually,” Simon said. “My basic philosophy is: ‘If you’re afraid of it, you get vaccinated; if not, no.’ It’s still a choice.”

Simon must now isolate in his hotel room for 10 days, according to federal and New York City guidelines. Simon, 36 and ranked 103rd, rued that his hotel room, where he will stay during what he admitted might have been his last U.S. Open, lacks a nice view.

The highest-profile tennis player to miss this year’s U.S. Open is the fifth-ranked Sofia Kenin, who, despite disappointing results this year, remains the highest-ranked American on either tour under the pandemic-adjusted ranking system. Kenin said she had tested positive despite being vaccinated.

“Fortunately I am vaccinated, and thus my symptoms have been fairly mild,” she said.

Many tennis players have been able to take advantage of on-site vaccination programs set up by tournaments as they travel on tour. The top-ranked Ashleigh Barty, whose native Australia has lagged behind in its vaccination rollout, was able to get vaccinated in April at a tournament in Charleston, S.C. Before she did, Barty made sure that she wasn’t cutting in line.

“That was important to me, knowing that those who were the most vulnerable were able to get it first,” she said in April.

Simon’s contention that vaccination should remain a choice is supported by both tours, even as they urge players to choose vaccination.

Other sports have been more successful at getting their athletes to get the shot. The W.N.B.A. said in June that 99 percent of its players were vaccinated. The M.L.S. Players Association said in July that it was “approaching 95 percent.” This week, the N.F.L. announced it had reached a player vaccination rate of nearly 93 percent. Michele Roberts, executive director of the National Basketball Players Association, said in July that 90 percent of N.B.A. players were vaccinated. Earlier this month, the N.H.L. said its player vaccination rate was at 85 percent, and its union warned that unvaccinated players might lose pay if they tested positive.

In tennis, where each player is an independent contractor, there is no player union to encourage unified behavior and no general manager or team owner to encourage vaccination for the team’s competitive benefit. Other individual sports are still ahead of tennis, however: The PGA said early this month that its player vaccination rate was “above 70 percent.”

“While we respect everyone’s right to free choice, we also believe that each player has a role to play in helping the wider group achieve a safe level of immunity,” the ATP said in a statement. “Doing so will allow us to ease restrictions on-site for the benefit of everyone on Tour.”

The WTA said it “strongly believes in and encourages everyone to get a vaccine,” and has set a goal for 85 percent of players to be vaccinated by the end of the year. But it is currently “not requiring players to get a vaccine as this is a personal decision, and one which we respect.”

The third-ranked Stefanos Tsitsipas caused an uproar in his native Greece earlier this month after he said that he would get vaccinated only if it were required to continue competing.

Understand Vaccine and Mask Mandates in the U.S.

“I don’t see any reason for someone of my age to do it,” said Tsitsipas, 23. “It hasn’t been tested enough and it has side effects. As long as it’s not mandatory, everyone can decide for themselves.”

Giannis Oikonomou, a spokesman for the Greek government, said Tsitsipas “has neither the knowledge nor the studies nor the research work that would allow him to form an opinion” about the necessity for vaccination, and added that people like athletes who are widely admired should be “doubly careful in expressing such views.”

The top-ranked Novak Djokovic has drawn scrutiny for his approach to health issues throughout the pandemic, and has declined to disclose his own vaccination status. Djokovic said it was a “personal decision” when asked about vaccine protocols on Friday. “Whether someone wants to get a vaccine or not, that’s completely up to them,” Djokovic said. “I hope that it stays that way.”

Andy Murray, a member of the ATP player council, said that “there’s going to have to be a lot of pretty long, hard conversations with the tour and all of the players involved to try and come to a solution” on the high number of players holding out on vaccination. He said he appreciated the privileges New York City regulations afforded him as a vaccinated person, such as eating indoors in restaurants.

“I feel like I’m enjoying a fairly normal life, whereas for the players that haven’t, it’s different,” Murray said. “I’m sure they’ll be frustrated with that.”

Murray said he believes players have a duty to others.

“Ultimately I guess the reason why all of us are getting vaccinated is to look out for the wider public,” he said. “We have a responsibility as players that are traveling across the world, yeah, to look out for everyone else as well. I’m happy that I’m vaccinated. I’m hoping that more players choose to have it in the coming months.”

Denial of responsibility! TechiLive.in is an automatic aggregator around the global media. All the content are available free on Internet. We have just arranged it in one platform for educational purpose only. In each content, the hyperlink to the primary source is specified. All trademarks belong to their rightful owners, all materials to their authors. If you are the owner of the content and do not want us to publish your materials on our website, please contact us by email – [email protected]. The content will be deleted within 24 hours.
Loading...
Coviddontnews updatePlayerssports newssports updatetechi liveTennis
Share